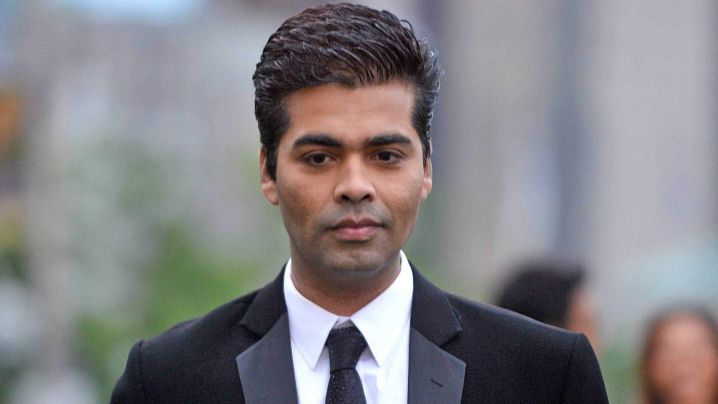 Recently one of the most influential and most media savvy filmmaker, Karan Johar, published his memoir titled An Unsuitable Boy, co-written with Poonam Saxena. As expected, it created quite a storm over teacups about his state of relationship with few fellow celebrities. Along that, many criticized him for not 'coming out' about his sexuality in the book.

However, when I read the book I was amazed by the way he has thrown hints indirectly that gave away his sexuality to readers who were willing to read between the lines.

2. Now let’s examine his brilliantly written prologue. He has courted the controversy head on by writing —

"The only time I’m tight lipped is when I’m asked about my sexuality because it’s my personal business and I don’t want to talk about it. When I am ready, I will. Right now I don’t wish to."

There’s no denial but a promise of coming out in future.

3. He was conscious about his effeminate look and gestures from the very beginning. As a child he was most influenced by his mother and aunts. He was fascinated by their hairstyles and clothes.

4. While growing up he was not interested in sports or any other conventional masculine activity. He was more of a sitting and chatting kind of person. That’s why among his family friends he was closer to the girls than boys. For instance, he was closer to Amitabh Bachchan’s daughter Shweta than son Abhishek. He has written –

"I was closer to girls…… The boys were very bratty…….. I never really got along with them." He got ragged many times for not being a “conventional boy”. He was called “pansy”.

5. When he became involved in filmmaking, apart from the direction and writing part he got involved with styling of the actors. It was a pleasure for him to match outfits with bangles and sandals. Without any previous experience, fashion sense came naturally to him. In his own words:

"I would go and buy bangles from Goregaon market and match them with bindis."

6. Rumours link him with Shahrukh Khan. This was always disturbing for him because for him, Shahrukh is like his father and elder brother. He first worked with him in Dilwale Dulhania Le Jayenge. On the set, he asked a blushing SRK to wear tight jeans to show his butts and also to keep his beautiful Adam’s apple exposed.

7. While talking about his relationships, be it sex or love; name and gender of the people involved has not been mentioned in the book. All nouns and pronouns are gender neutral. Be it the professional sex worker from London’s escort service he lost virginity to or his unrequited love; there’s no name or gender given. Here’s an excerpt from the book to show his gender neutral narration.

"Right after the release of Kuch Kuch Hota Hai, I went to London. I was twenty-six then. In passing, I had heard about a high-end, safe escort service. But because I was still overweight at that time, I was very self-conscious about my body. When you are younger, you’re a lot more nervous about removing your clothes in front of someone. But then I thought, if you’re paying for it, then who cares what they think."

I think it is really brave of him to speak about losing virginity in such circumstances. How many public figures would own this fact? And then while talking about his loves, which were not reciprocated he wrote:

"On both occasions, we were not on the same wavelength, emotionally, physically or sexually."

The last word in the above line says it all, about his unrequited love and about his status. And a final nudge towards his preferences:

"Kareena and I have deep-rooted love for each other. I always say if things were different in my life, I would have married her."

8. The rumour about him being gay has been around since the beginning. From his talk show, even someone as clueless as me can guess that he is not straight. That’s the thing about him, he never tries to hide anything, only he never spells it out. In his own words, “saying the three words” (that would be - I am gay) doesn't change anything. He has summed up his situation almost directly.

"Everybody knows what my sexual orientation is. I don’t need to scream out…….And if I need to spell it out, I won’t only because I live in a country where I could possibly be jailed for saying this."

But Apurva Asrani, an openly gay film personality, who wrote the movie Aligarh, in one of his articles has written how only saying “I am gay” is not a  criminal offence in India, when one is caught in the act, only then can he be prosecuted. Still, he has to think and take care of his business empire.

"At the end of the day, this whole homophobia is so disheartening and upsetting. And then they say, ‘Why don’t you speak about your sexuality? You could be iconic in this country.’ But I don’t want to be iconic anywhere. I want to live my life. The reason I don’t say it out simply is because I don’t want to be dealing with FIRs. I’m very sorry. I have a job, I have a commitment to my company, to my people who work for me; there are over a hundred people that I am answerable to."

So as we can see, he has almost come out so a big round of applause please!

For the complete review of An Unsuitable Boy, please go to my personal blog.

Share this because it takes a lot of courage and ingenuity to "come out" without "coming out".

Jeeta Mohanty is a mother and a wildflower watcher. She is very passionate about books, movies and TV shows, and so her write-ups on these three are not always limited to typical reviewing. She never misses adding humour to her observations and slice-of-life blogs. Sometimes she analyses death to explore life, on her personal blog, Musings.