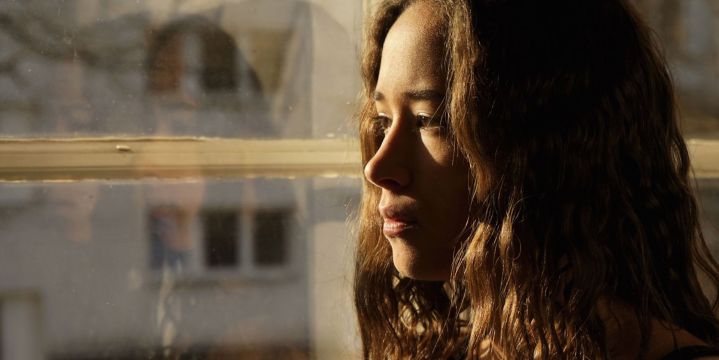 Every girl dreams about her marriage and life partner. So did I. Ours was an arranged marriage. Both the families met in the traditional way and agreed to our match.

A day prior to our engagement, he asked me if I liked him. Since he was a graduate and I was a post-graduate, he wanted to ensure that I was happy with the match.

I told him that education didn’t matter, the only thing that mattered was understanding each other.

After we got engaged, he wanted us to talk regularly but I did not have a mobile phone. I preferred using the landline. However, he was not comfortable calling on the landline.

A few days later, he came to my house along with his cousins. He asked my dad for permission to take me out. Since it was 6 in the evening, my dad refused, as it was too late to go out. He suggested that we hang out near the house.

When we were alone, the first question that my fiance asked me was, "Are you happy with this marriage?"

I told him that I was and so were my parents. He wanted to buy me a phone but I needed to take permission from my father. I was an independent girl who had never taken anything from my parents or anyone else. My father agreed and I finally got a mobile phone.

We spoke every day and soon, it was time for the wedding. The wedding ceremony went smoothly. Initially, everything appeared to be fine at my in-laws’ house.

Within a month, everyone started showing their true colors.

My husband would abuse my family and me. He would physically assault me over small issues. Even my in-laws would harass me for no reason.

They shamelessly announced that my father’s wealth was the reason they had agreed to this marriage.

I also discovered that my husband had met another prospective girl before our match was finalized. He liked her a lot but his parents forced him to marry me. I felt cheated and hurt.

One day, my husband hurt me so badly that I was forced to leave the house. I gathered my courage and returned after a week only to be blamed that I was bringing bad luck to my husband.

My husband refused to stay with me because he was sure that it would kill him.

I was shocked. I loved him but he wanted to get rid of me. Though we’d been married for 15 months, he never showed any affection towards me. My mother-in-law and sister-in-law made up stories that I was having an affair with someone else.

They said that I didn’t allow my husband to touch me when the truth was that he never wanted to get intimate with me.

He just waited for opportunities to torture me. The only reason I am still alive is that my parents took me away from my in-laws’ house.

My family tried to resolve the issue and hoped that my husband and I could start afresh. However, his family said that they didn’t want to continue the relationship. My husband told me that he could never give me the happiness I wanted.

He was my first love and I begged him not to leave.

But he filed for divorce. I kept begging him until the very last day. He paid no heed to my cries. Ultimately, we got divorced and a month later, he got married to the girl whom he liked before he met me. She was still waiting for him. My in-laws and ex-husband were in touch with her even while I was living in their house.

I was a fool to trust everyone blindly when all they did was play with my life.

I want to tell my ex-husband this: I still love you and I’m unable to get over you. However, I know that you belong to someone else now. I can't ruin someone’s life and take away their happiness.

I am happy to see you happy but I can never forget that you ruined my life.

To my ex-husband’s wife: How could you think of taking away someone else’s husband? You could have moved on when he married someone else. But you waited and conspired to break our marriage.

Had I known that he was in love with you, I would never have agreed to marry him.

I figured the truth after a year of our marriage and by then, it was too late. Though I was not at fault, I suffered the most. I was blamed for ruining my ex-husband’s life when in reality, I was the victim.

I will manage to pull myself together but how do I console my parents who treated him as their son?

They are shattered. How would you feel if your parents faced such humiliation and pain?

Nevertheless, I’m glad that it’s over. I will strive to make my parents happy again.

I feel lucky that I got away from a man who didn’t respect his wife.

Being a woman, I would like to warn you to be careful of such people. As I work towards rebuilding my life again, I wish you all the happiness in your life.

Share this story because life is not always fair and it takes great courage to hold yourself together when everything is falling apart. But you need to be strong and have faith that happiness will find you again.

LET'S FACE IT
The Golden Bird
YOURS GEEKLY
YOUR STORY
Your Stories
BAKKAR. CHAI. SUTTA