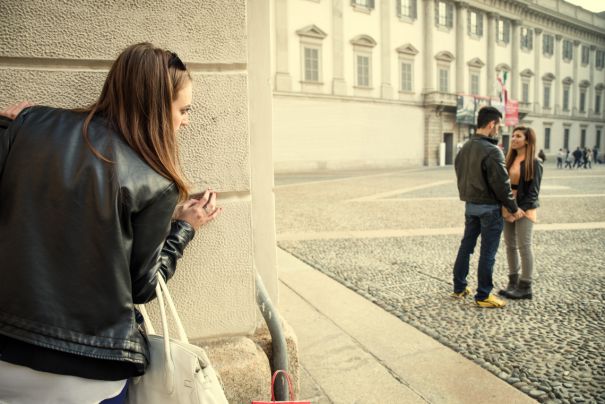 I was at that age when love seemed to be the most beautiful thing in life. Indeed, love is the most beautiful thing but there are people who exist to prove this wrong. I met him through a common friend and there was something between us right from the first meeting. I was in the third year of my graduation and I was single. We met 2-3 times before we exchanged numbers and then it was all about chatting all day and late-night calls.

I was staying away from my parents for my studies, so it was easy for me to manage long calls and dates. He was caring and loving.

We would meet daily, things were beautiful between us and this went on for a year. I had a group of close friends with whom we hung out. One day, one of my friends introduced us to his new girlfriend, we all welcomed her, and she became a part of our group. One fine day out of the blue, my boyfriend called me, and he sounded very excited. He said that my friend’s girlfriend is his mom’s friend’s daughter. After that, they both were spotted together many times and every time they gave me excuses of their family relation.

I had enough of it and I was pissed off. I called them both and asked them to tell me the truth.

The girl told me that their relationship is like brother and sister.

It was a great relief for me, one more year was spent peacefully but I was always sceptical and wondered if he was hiding something. I had started working by then and it was my 24th birthday. We both were together celebrating, and I got a call from a girl telling me that she wants to meet me, and it was about her life or death. I asked him to take me to the place the girl had mentioned.

To my shock, she was the same girl, and after 2 years I was meeting her. She told me that they were in a relationship from past 3 years and he had told her that I am a psycho. He lied to her all this while, that I was only his friend. She saw our recent chats on Messenger, so she got to know the reality and contacted me. I couldn't believe that out of four years of our relationship, he betrayed me for three long years and I didn’t know.

He is a coward because when he saw us together that day, he ran.

I went into depression but slowly recovered from that. I was not able to trust anyone after that. After 3 years, I met someone and got married to him. I am now happily married but memories of that birthday still haunt me sometimes.