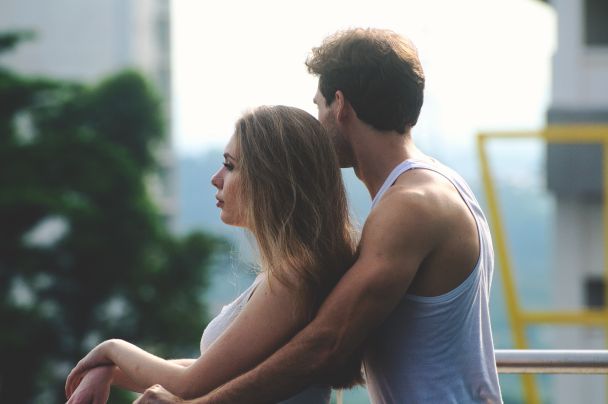 #TheSwap is Shuma Raha's debut novel, published by HarperCollins. The following short story is fan-fiction based on the characters of the novel.

Dileep and Akash were long-time best friends, and believe it or not, this suited their bro-code just fine.

Tonight, their playing venue would be Priya and Akash’s cosy apartment. While there are several ways to foreplay, these four were addicted to chess and they added the intellectual game to their foreplay repertoire. Their funda was that it’s sexy to indulge in a game of chess just prior to the swap, to stimulate and warm up the sexiest organ in the body – the brain.

The guests Anuradha and Dileep had made themselves comfy in the living room. All their addictions were on display, even the 2-legged ones. Anuradha stirred her antioxidant-rich tea. Dileep had lit his cigarette. Priya sipped her favourite brew of coffee, while Akash held a can of chilled beer. But in the centre of these four fiercely individualistic persons lay their common fad – chess.

Aptly, the format they chose was ’Battle of the Sexes’ in which the married couples would switch. Priya and Dileep would team up; play with Black pieces against Anuradha and Akash who would play the opening move of the game with White tonight. The participants would take turns to make moves on each other and continue iteratively until the other team was finished.

They indulged in making out openly, in snog, in banter and in running commentary. Akash announced, “All is fair in love and war!”

As Anuradha moved her Bishop she wished, “Here's the officiant of this yummy union.” Priya revealed she had a crush on the handsome Knight in shining armour! Dileep remarked “Swoosh! The Rook is swinging from the Kingside to the other side of the board – the perfect swinger!”

After an hour had elapsed, Team Dileep and Priya were almost winning whereas the position on the chessboard of Team Akash and Anuradha was weak and cramped. So, Akash and Anuradha followed the principles of chess theory and swapped off as many pieces and pawns as possible to gain space. The swapping of chess pieces and spouses continued but there was still no counterplay.

Akash quizzed Dileep, “So, why do you love chess?”
Dileep replied, “Why do I love chess? Where else would a civilian like me get the opportunity to marshal an army?”
Akash rapid fired another question, “And why do you love Priya?”

Dileep blurted out, “Because Priya told me that I last much longer than you!”

There was silence from that moment on. Secrets were beginning to tumble out, and it seemed none of them would emerge unscathed. Not weighing options before we act or speak has its consequences. Embarrassment, guilt, fury – one could sense who felt what. You could touch the tension in the air.

During that welcome interlude of silence though, Anuradha, who managed her household finances deftly, mulled over her next move, calculated and decided to go for an exchange sacrifice! She gave up a chess piece of higher value in exchange for a piece of lower value as a strategy to survive in the game and counter-attack.

Dileep and Priya had not anticipated such a brilliant tactic. Consequently, they blundered by leaving their Queen – the most valuable chess piece en prise, overlooked their opponent’s threats and lost. Akash and Anuradha gave each other a high five and embraced to celebrate their comeback win! At this gathering of playmates, the mating game had culminated in checkmate.

One seems to be winning but in that premature elation or momentary blindness, one mistake… just one, can not only turn the tables but entire lives and fortunes upside down. Yes, chess is cruel. Ditto holds true for spouse swaps as well. Indeed, chess imitates life.

The ethical and psychological aspects of non–monogamy took over their minds. They fathomed the factors that enhanced or diminished the pleasure they drew from making love. That chess term – ’exchange sacrifice’ – took on a whole new connotation. An exchange of partners outside wedlock meant sacrificing the very sanctity of wedlock.

Throughout the seven month span of their involvement in fully consensual adultery, each member of this quartet recalled their spells of intense lust followed by spells of doubt. They wondered if it was because of such frequent mood swings that they are called swinging couples! They introspected about the merits of fidelity. It also occurred to these chess enthusiasts that the word ’fidelity’ sounded similar to the international chess federation – FIDE.

Tonight they learned a lesson from the chessboard. Incidentally, the Gita, also narrated on a battlefield, had changed the course of many thoughts and actions, for ever, for good – a game changer!

This realisation replaced their FOMO – the fear of missing out – on swap sessions – with JOMO – the joy of missing out! It was heartening as well as liberating! Their mood lightened.

Together they sat on their common favourite furniture in the living room, an indoor wooden swing, when Priya quipped, “So what? We are still the swinging couples!” They laughed in unison.