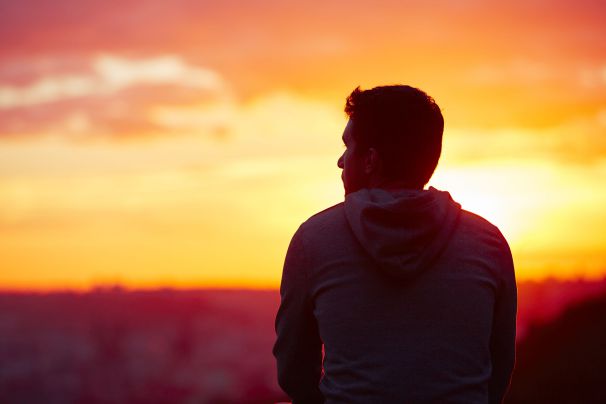 I was living a happily married life, with a child. All of a sudden, in January 2014, I found an old friend of mine on Facebook. We did our coaching together in 1995 and were together till class 10.

After 19 years, I found her online and we had a really nice conversation. We spoke for just that one time. Although, nine months later, I found out that she was looking for work in my office.

My wife and I met her around September and after that, we began talking as normal friends. A while later, my wife went for a holiday and during this break, we ended up talking a lot. I don’t know when this friendship of ours turned into an affair. We were so happy; her relationship with her husband wasn’t a good one, but she had a daughter that she loved a lot.

She left her home for work when her daughter turned three years old. She sacrificed a lot for her daughter’s future but we were both just very happy to be with each other. We loved and cared for each other the way the other needed. But we didn’t want to hurt our partners, and definitely not our children’s futures. Suddenly, we weren’t just a couple having an affair anymore, we became husband and wife.

During her last trip, she met a guy and somehow, they exchanged numbers. This guy soon fell in love with her and of course, at the time she told me that she didn’t care because she loved only me.

One day, I found out that he had asked her to meet and she had agreed. She started meeting him without my knowledge and despite the fact that she didn’t have any feelings for him, his intentions were not different.

Eventually, she told him that she was married and had a daughter and he told her that he was younger than her. I tried explaining to her, that this wasn’t going to work out well for anyone. But she didn’t listen to me. I began sensing that she was avoiding me and lying to me. One day, she didn’t answer her phone for the entire day and I went to her accommodation because I was worried, she wasn’t there either.

When she finally did talk to me, she told me that he had gone shopping. I trusted her and the very next day, I found out that she was with him. I couldn’t believe that she had lied to me like this. We had a long argument and I asked her to choose between me and him. She told me that she wanted both; that she was in love with both of us.

Somehow, she convinced me to be with her. She told me that she wouldn’t talk to him. I trusted her and the next day, when I met her, I realized that her body language was different. She wasn’t the same. My doubt wasn’t over yet.

A few days later, I tried calling her and her phone was switched off. The next morning, I went to meet her and she confessed everything. She told me that she was having a physical relationship with this other guy too and that it had been for around two months now.

We fought for a very long time and finally, in the end of it all, I accepted her because I loved her and I knew that deep down, she loved me too.

Soon, she resigned from her job, she left her husband, she left me too, but she stayed in touch with that guy. I tried to talk to her, but she wasn’t listening to anything. I tried explaining everything to her, told her that this wasn’t anything but attraction and one day, he’s going to leave her and break her heart. She had nothing to say to me and I needed an answer. Somehow.

I don’t understand, she’s completely attracted to him and somewhere I feel like this is some strange black magic. She even left her daughter because of this guy! A few days later, she told me that she’s thinking of marrying this man. I know that this marriage won’t last, but she isn’t convinced and there’s nothing anyone can do about it.

Despite everything, I informed her family members about what was happening. I told them that they had to take an appropriate conversation with her because she really wasn’t thinking straight; she was going to ruin her life further.

I’m so confused. I don’t know what to do, I can’t stop thinking about her.

Share this story, to remind people that sometimes, love can be dangerous too.