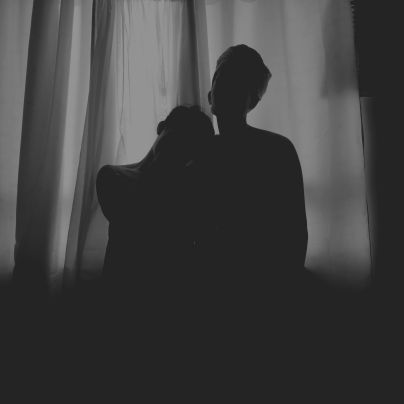 This might be a little difficult to understand for any homophobic person out there. I was in 10th standard when I met Ani and realized that I was gay.

Ani and I met on a gay dating site. Yeah, such things exist! We talked about a lot of things and soon became attracted to each other.

We shared our contact numbers and started talking over calls or Facebook. Things were going quite smoothly between us, even though we had never seen each other in real life; we only had a few images of one another.

Finally, we decided to meet at his apartment. That moment was magical and life felt like a fairy tale. I thought I had found my "happily ever after", but little did I know that my life was about to change.

After a couple of weeks we met again and while discussing something, I realized that he was in fact a bisexual. During the same conversation, Ani also blurted out that he couldn't disgrace his family and would eventually end up marrying a girl.

FYI, it is legal for two homosexuals to get married in India, but it is illegal and unnatural for them to have intercourse. Anyway, when Ani said this, I felt a sudden pain in my heart, like someone had sliced it open, like it was being ripped apart. The thought of losing him shook me and I felt like my worst nightmare had come true.

"I can't imagine a life without you," I told him. I think I was in love. But his next comment tore me apart further. He said, "Come on, dude! It's reality. Everyone gets married. It is a truth that you can't deny. You too would have to get married to a girl, someday." I was stunned. It was clear that I was just another guy for him. All those late night calls when he promised to walk till eternity with me was a lie. I had started believing in forever with him. I wasn't able to concentrate on anything for a while after this. Weeks passed. Meanwhile, my phone broke and the only means of getting in touch with him was gone.

After a while, I borrowed a phone from a friend and texted Ani that my phone had broken down and would take some time to repair. Then, I made another ID on the same dating site where I had met Ani. This time too I was looking for my forever after, just not in a lover, but a best friend. Unfortunately, though, I didn't find anyone worth it. Two weeks later I purchased a new phone and immediately texted Ani. But his reply further pierced my heart into a thousand pieces. "You cheated on me, you man-w**re. You're just a despicable b**ch. You deserve nothing but loneliness and misery. I feel bad for the people who are connected to you. I wish that you die of AIDS." With this, he blocked me.

A part of me died right there. I experienced hell in the days after this incident. Every night I would pray to God to take my life.

It took some professional help and a period of 3 months to get over this.

I recently received a text from Ani telling me that he is getting married next year. He wanted to know how I was doing in life. I replied with a smile that I was living just the life I wanted.

Ani, if you're reading this, I just want to ask you this - Did I cheat on you or were you cheating on me by making me dream about us, when you knew that it wasn't possible?" I wish a happy and prosperous life to you.

How long is the fear of "being a disgrace" going to keep us from living our lives? Share this story to change that.