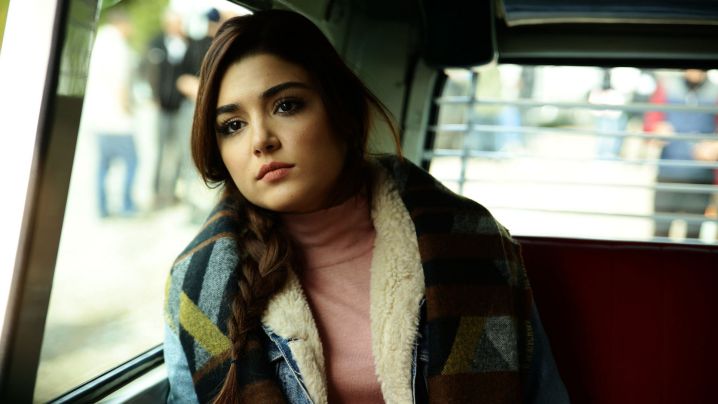 I belong to a small place near Mumbai and like every girl, I had some big dreams and aspirations that I wanted to be fulfilled. I was in the 9th grade when a boy, two years older than me, began following me and telling me things like he loved me and wanted me in his life. This was all very new to me. I am a simple girl who just believed in herself and concentrated on my studies and nothing more; not even when it came to friends.

I wasn’t close to my parents either, they would always scold me for getting bad grades and would always compare my education with my sister, the class-topper. What they didn’t know, was that there was a reason I couldn’t focus on my studies, or even try to have friends.

My father tried to have sex with me. He used to come and tell me, “You make me happy and I’ll make sure you stay happy.” His words disgusted me. I wasn’t close enough to my mom to share any of this with her, and he would always behave like this with me when she wasn’t around.

I couldn’t even stop him because he was obviously stronger than me and he would blackmail me and tell me things that he would mess with my mother’s happiness if I stopped him. He would touch my private parts as he said this, and all I could do was cry and feel filthy. He made me believe that I didn’t have another choice.

In front of my mom, he would tell her things like he caught me roaming around with boys and he knew that I was having affairs with them too. She was convinced that I was up to no good and that this was the reason I couldn’t focus on my studies.

During this time, the guy who used to follow me around convinced me that I should say yes to him and in the 10th, I finally agreed. After his 12th, he began pursuing a career in the Merchant Navy. He used to live in my locality and slowly, I began falling for him. Of course, this wasn’t something that he wanted and he only wanted to use me, keep me on as an option.

Due to his career, he would be away from home for a good six months at a time. I used to call him, through these international calling cards and however I could, it would cost me 1,500 rupees, but it was him and I didn’t think twice about it.

I was from a good family so I could afford it and within six months, I burned through six months of my savings; that made it a total of 30,000 rupees.

Before my 12th board exams, we broke up. I cried a lot and begged him not to leave me, but he didn’t care and the outcome of this showed up in my exams. I failed, in the worst ways possible.

While all of this was going on, my father kept doing what he was doing. I even thought of killing myself but it was always my mother’s face that stopped me from doing it.

After my boards, my father and I got into another argument and finally I snapped, I ran to my mother and told her everything. She was shattered, but she supported me completely.

I was so happy when I realized that my mother was on my side and believed me completely. She and my father don’t speak anymore and she’s going to shift out of the house once my sister and I are married.

It took me about two years of my life to put all of this behind my back.

I’ve become a happy person and my mom and I today share every small aspect of our lives with each other. I hate how it happened, but I’m glad that I’m at this stage with her. My mom did, however, beg me not to tell anyone about this whole incident with my father. I told her I’d take a call as my life goes on.

Today, it’s been 5 years since the incident with my ex, since I confessed everything to my mother and since I’ve decided to be a stronger version of myself. And it’s been two years with a new man; someone who knows me loves me and respects me more than anything, despite knowing my past.

Share this story, to give strength and send love to all those women who have had to suppress their struggles.