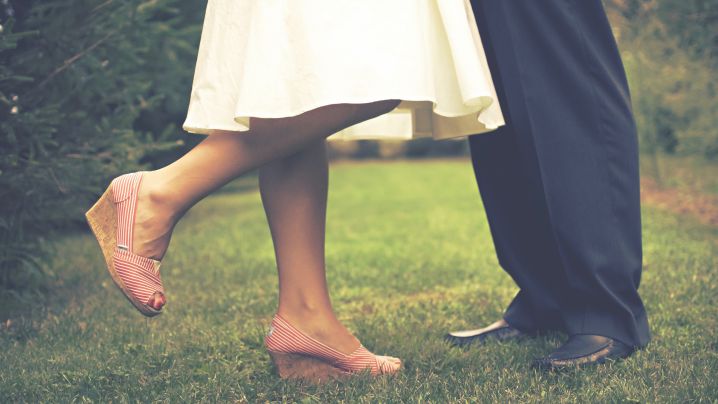 I am a 26-year-old woman in a marriage of four years, without a baby. I married my pop’s choice after engineering. I thought that my husband will be supportive of me, unlike my dad. After one full year of struggle, I finally got selected in a middle scale company, but the problem is the excessively long working hours and a daily commute of four hours. My husband ensured me that he will help me with the housework. I was happy with his commitment and joined the place. In my team, there are three men and I am the only female. So I have been quite pampered by them in every situation. I am happy with office life, but my personal life is going to hell. My husband is daily fighting with me, over the phone for household chores. During this time, I met a guy Kalu. He is a part of my team.

We started sharing our personal life with each other. He was very caring towards me and with time, our bond started getting stronger. We hung out together, we knew each other's likes, dislikes etc.

My family is forcing me to resign so that I can focus on my personal life but I am not ready for it because I know the frustration of being jobless. After 7 months, I got selected in one of the best MNCs. It felt like a dream come true, but it was not easy for the current company to leave me easily and break the bond of two years. A lot of drama happened all over, in my current company, family and in the new company too.

I was broken. My husband was just fighting with me all the time. But during this tough time, Kalu was with me. He had gone to a friend's wedding for 4 days, but he was still calling me even though he had roaming charges, asking after my wellbeing and current situation.

In the meanwhile, I resigned and had a one month notice period. I don't know what happened to him suddenly, but Kalu started coming closer to me. He tried to hold my hands and at first, I ignored it but I don't know when our normal chats converted to flirting.

We started hugging and his touch felt special, once he even kissed my hand and I never felt like this even though I am married. Once when we were in his car, one thing led to another, and we had the most passionate kiss ever.

One month passed, and I was in my new office. He had dropped me at the bus stop on my last day and requested that I remember him. I miss him daily and take his memories with me to the new office. He has stopped answering my texts and calls. Once I messaged him about an opening in my office and then he responded. But his tone was cold, as if we were just colleagues and nothing else. I was taken aback by his behaviour which continued for 2 months. I was over him.

After almost 11 months later, on his birthday, we were at his new home’s construction site. Suddenly, he locked the door and asked me for a hug.

Again, I couldn't say no to him, even though my heart said not again. My new home is near to his new home now, it is just a 10 minutes walking distance. We have started getting close again. Our families know each other. He is married too and is the father of a baby boy. His wife is my good friend. I feel guilty sometimes but I can't say no to him. He visits my home secretly sometimes, for five minutes of kisses and hugs. Like me, he has many other girls in his life but he is taking so much of care of me. I sometimes get angry on him and ask him to leave me, but he doesn’t.

He is so special to me as a friend but I feel jealous when I see him with someone else. What do I do?

YOURS GEEKLY
BAKKAR. CHAI. SUTTA
Poem
LIFE IN THE TIMES OF CORONA
Your Stories
How's The Josh