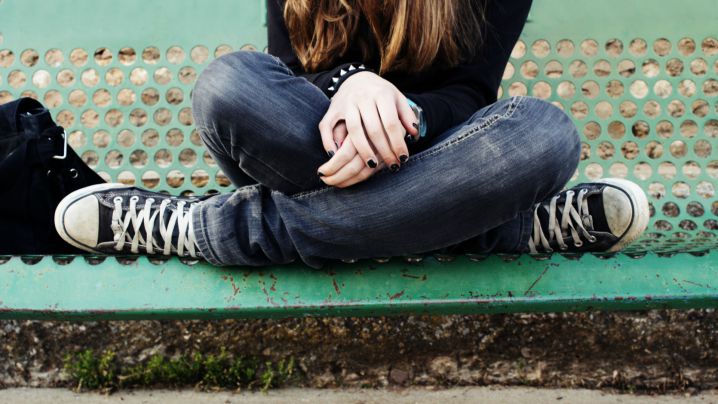 I started getting butterflies in my stomach when we decided to tell our respective parents that we wished to marry each other. My father had passed away when I was 23. I had found this man after 3 years. We simply fell in love with each other.

He was like my dad in so many ways.

I come from a Brahmin family. He belongs to a different state and caste. My parents have lived in this city for several years. They have always been broad-minded in their outlook. We are three sisters in all.

All three of us have been taught to be independent. We take our own decisions. This was in complete contrast to his family background where women my age are barely educated. They gossip endlessly about sarees and gold.

His father asked me several questions and I found them very painful. The first question he asked us was how much dowry we would give. My mother and I looked at each other and said, “We do not give dowry!” His father then looked at us with a scorn and asked us how much gold I would wear for the wedding. My mother said, “Approximately 50 grams.” His father then sarcastically said, “I adorned my daughter with 250gms of gold 10 years back.”

In our community, we do not believe in giving dowry or gold so his questions and remarks came as a shock to us.

He then asked us about the apartment that my father owned. It was legally in my mom’s name now. He wanted my mom to transfer the apartment to my name so that my mom could be ‘proud’ of it.

I told him that I had siblings who had equal rights over it and it belonged to my mother right now.

He immediately said, “They are all well settled. Request them to transfer it to your name.”

He then started asking me questions about my salary. He was not happy when I told him about my 5 digit salary. I started wondering now. His daughter was not capable of buying simple things like groceries independently and he had the guts to look at me that way when I mentioned my salary to him.

The guy I loved stopped the discussion to make his parents understand that we belonged to different cultures and they should not be concentrating on such things.

They said, “OK” to him. But we did not know that they did not really mean to end matters there. His father then called my sister to ask about the apartment again. My sister too gave him a negative response.

Our love was strong enough to overcome all the hurdles that came our way. But I was scared about what I was getting into.

Finally, we got married. Like all other girls, I too had a few wishes about how my wedding should happen. But most of them went haywire because my husband's parents kept interfering in all the matters.

The most dreadful and unforgettable moment of my married life was our first night.

I hope such a thing never happens to anyone.

His mother had taken the priest’s suggestion about the best time to consummate the marriage. It was 2 nights after our wedding day.

So they made my sister and me sleep with the servants on my wedding night. It was only later on that I got to know that they were not actually their servants. They were relatives who were farmers. They had suffered huge losses so my father-in-law provided them with food and shelter in exchange for doing all the work around the house.

All Indian brides feel shy when they spend their first night with their husband. But two nights later, I experienced this in very raw manner.

They made me stand and wait while they searched for a room to ‘celebrate’ our first night.

At that time, I felt like a prostitute who was waiting to be assigned a room in a lodge!

His brother reluctantly gave his room to us. But by this time I was in no state of mind to ‘celebrate’ anything.

My in-laws are still the same. But after experiencing this kind of treatment, I fought with my husband and told him that I will never visit them again. I feel more at peace after making that decision. Anyway, we do not have a room for ourselves there.

And I strongly feel that all this is happening because my father-in-law is still dissatisfied with me because I did not give them any dowry!!

Why does it hurt our pride when people do not match our expectations? Different people have different belief systems. Can we inflict pain on another human being because they choose to remain true to their belief system? Only if we question ourselves more often will we learn to let go of our outdated beliefs. Do share this story because often we create such mental and emotional barriers within our own families and then wonder where we went wrong!