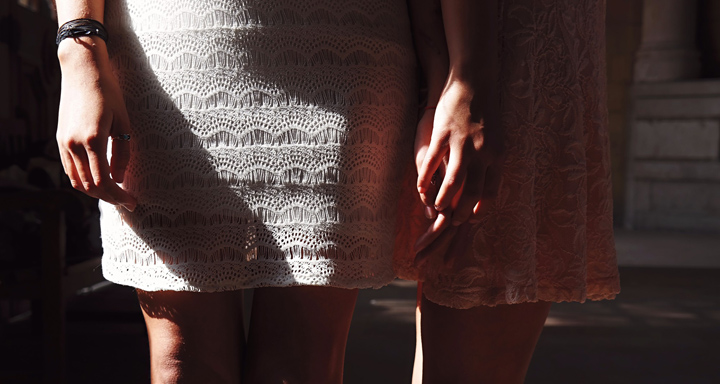 I was 18 when I met this guy who was my batch mate during engineering. Like every other girl, I had so many dreams and aspirations when I joined college with an open heart and mind. I had never been in a relationship, so I had no clue about it. We became friends through common friends and gradually, he became an integral part of my life. We would share every detail of our daily lives with each other.

Friendship turned into love in no time. I was young and new to the world of relationships and accepted his proposal quickly, simply because I loved his company.

I gradually started falling for him. His smile, words and actions would mesmerize me. Things were smooth for about six months till we parted ways for winter break. I bid him goodbye and the very fact that I wouldn't be seeing him for almost two months started giving me the chills.

It had just been a week since our vacation had begun and I found myself restless. I realized that I was deeply in love with him. I would leave a hundred texts and he would hardly reply. I was a little taken aback since this was the first time he was behaving this way with me. But I consoled myself thinking he must be busy. I wish I had been mature enough to understand those signs.

Soon we were back from the winter break and I was dying to see him. But when I met him, I saw no excitement in his eyes. In fact, he got irritated with everything I did. I was surprised and confused but tried to set things to normal. Just after two days, he came to me, apologized for what had happened and kissed and made out with me. I was happy that things were getting back to normal.

Once he was done making out, he started behaving the same way, irritated and angry. I was confused by this and wanted an explanation. After asking a million times, he finally said that he wanted to break-up and get back with his ex. I became numb. My brain stopped working for a moment. I started shivering. I wasn't angry, but I was broken and my heart felt heavy.

I was innocent enough to say, "the choice is yours but I will wait for you." For a month, he did not talk to me but came back to me apologizing when he saw that I was getting close to someone else. I made the huge mistake of forgiving him.

Life was no better even after he came back. In fact, it was easy for him since he knew how much I loved him and would get back with him no matter what he did to me. He would make out with me and on the same day, he would call me up drunk and would say he is in a house party making out with someone else. I would helplessly cry my eyes out.

I was running away from the fact that I was being used for his sexual needs. Call me what you want, but a person head over heels in love with someone would know how difficult it is to get out of a situation when you can neither be with someone nor leave him. It takes a lot of courage and will power to get out of a situation like this one. The torture continued for 3 long years till one day, I gathered the courage to break-up and move out of it.

Today, I am mature enough and with a guy who knows the meaning of love and knows how to treat his woman.

I am very happy but still when I hear the word 'house party', I get the chills and it takes me back to those dreadful days. He was my first love and he scarred me forever. He broke my tender heart to a level where I have shielded myself so strong that nobody can mess with me.

So, thank you Mr. Ex for teaching me what I deserve and what I don't want in my life.

Share this story because no one should be in a relationship where they are not valued.