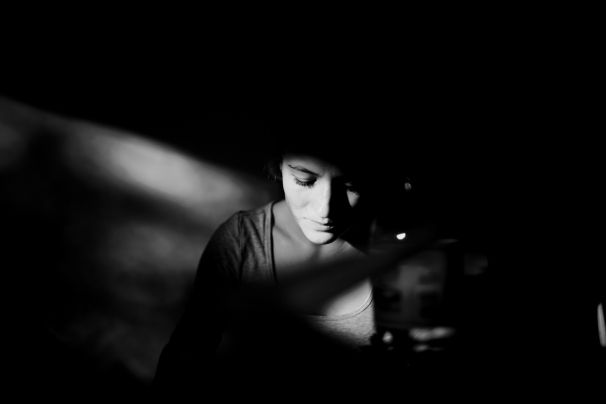 My life was perfectly alright until I got married. I was the only child of my parents and they took care of me like angels. They put me in a reputed school and college and ensured that I studied well.

We were happy in our own small world. But unfortunately, I lost them in a car accident. I was 20 at that time and all alone.

My relatives were not too good or supportive so there was no one to look after me. I decided to pursue my career. I befriended a man in my office. He meant the world to me.

He pampered me like a child and I continued behaving in a kiddish manner with him.

Eventually, we fell in love with each other. I was 22 and he was 25 when we finally decided to get married.

Initially, we lived in Pune but within a week of our marriage, my husband got transferred to a particular company in Mumbai. We had no relatives in Pune so I had to accompany him. We settled down in Mumbai after a while. My husband would leave every morning for his job and I would pack his tiffin for him. Things were perfectly fine between us.

One day, I decided to go to my husband’s office to give him his tiffin box because he had forgotten to take it with him.

When I reached his office, I was shocked by the sight that greeted me. I just couldn’t believe my eyes. I left his office immediately. My husband did not know that I had visited his office.

He came home at 7 p.m. in the evening as usual. I hesitated to ask him about his day though I knew the truth. He too did not bother to tell me about his day. We just had our dinner and he went to bed at his usual time.

I tried to check his cell phone but somehow I felt guilty about doing such things.

A week passed normally. One morning when I woke up I realized that my husband was not at home. I checked the whole house but couldn’t find him. I was worried and decided to call his office to check whether he had gone there early to meet some urgent requirement. I wondered if he had gone somewhere else. I called the reception but the assistant said that he had not yet reached the office.

I knew that his official documents had his boss's number on the letterhead. So I checked his file and called his boss. A lady answered the call and when I asked her about my husband she said that he had gone to Goa for a meeting. I was completely shocked to hear this.

How could he leave me in an unknown place without even informing me? I started crying after I disconnected the call.

After a couple of days, the doorbell rang suddenly one afternoon. I was so happy because I thought that my husband had returned home. But when I opened the door I found that his boss had come to visit me herself. She was the same lady who had spoken to me over the phone that day. I welcomed her into the house and she sat down immediately.

We started talking informally when suddenly she started asking me about my personal life. I had no one else to share my fears with so I decided to tell her everything. She too was a woman and I thought she would understand me if I confided my fears to her.

I then told her about our sex life and how we had been married for 2 years now but had not yet have a baby.

She listened to all that I had to say patiently and then told me only one thing. She said that she would give me all the comforts and luxuries that my husband could give me.

I could not understand what she was saying and had a totally blank expression on my face. She then explained things to me in a simple manner. She asked me if I wanted a baby. I said, “Yes.” She then said that she could give me a baby.

I asked her how this was possible. She said it was possible for two girls to have sex and produce a baby. I was reluctant to believe her but she convinced me by saying that she could prove it to me. So I agreed to do whatever she said.

This went on for a week and now she told me that I had to go to her house to have sex with her.

She would always switch off all the lights when we had sex. She said it was good to have sex in a dark room. Sometimes I used to find it very painful when she put something inside me.

I woke up the next morning and did not understand all that I was going through. It had been two weeks now and my husband had still not returned home.

By now I realized that I was pregnant. I was happy because I was going to become a mother.

One fine morning my husband returned but he was not very happy to see me. When I told him about my pregnancy, he was not at all excited about it. I was really astonished by his behaviour.

After a few months, the doorbell of our house rang. I was 8 months pregnant at that time. A man stood outside our house. I did not know who he was and told him that my husband wasn’t at home.

The man then entered our house, hugged me and told me that he was the father of my baby. I was stunned. He said that I had got pregnant through him.

I told him that he was telling lies. He asked me to go in for a DNA test. I rushed to the hospital immediately with him but the doctor said that they couldn’t do the test now because there were other complications that we had to consider at this stage. I couldn’t tell any of this to my husband. I had to wait until I delivered my child.

A month later, I delivered a baby girl. We asked the doctors to do a DNA test now. It turned out that the DNA of the baby girl matched with that man’s DNA.

I was disgusted by the whole thing and aghast that such a thing had happened without my knowledge.

I called my husband’s boss – the lady who had sex with me. I was very angry with her but I did question her about the whole thing. She then said, “I didn’t think you would be foolish enough to believe that two girls could have sex and produce a baby – you moron!” I was stupefied. She then told me everything and how she had managed to make me pregnant.

She said she was a lesbian and she had enjoyed having fun with my body. She said she had wanted to fulfil her lust through me. She said her husband had performed the remaining part of the act on me.  I was really stunned when I heard her.

I felt like I had been treated like a prostitute because an unknown man and woman had used my body to have fun and sex.

My husband did not know about any of this and I couldn’t tell him all that had happened to me in his absence. I was sobbing and weeping my heart out.

Now the husband and wife started blackmailing me saying that they had a video of the night in which we had ended up having sex. I knew things were way beyond my control now so I decided to inform my husband about it. I told him everything from the day he had left me suddenly like that and then went on to tell him all that had happened in the subsequent months.

He took a stand for me.

After making several inquiries, we came to know that the couple had duped me into having sex because they couldn’t have a baby of their own.

They had just used me to have their baby.

After several court cases, the court said we could either give the baby to the couple or I could marry the father of the baby. Marrying him was not an option. So my husband and I just decided to give the baby away. It took a lot of courage to even come to this decision.

My husband explained to me that we could always have another baby and asked me to give the child away to them.

I was heartbroken to part with the baby but I knew this was the only option for us. Three years have passed since this incident happened in my life.

I have now given birth to a pair of twins – a girl and a boy. I am happy with my husband now and he gives me a lot of importance in his life.

We are a small but happy family now.

My husband’s boss and her husband never disturbed us again and we have moved out of their lives. We too have moved on with our lives and have put our past behind us. We think of it as a disgusting nightmare.

I am writing about his only because I don’t want such things to happen to anyone else.

There are a lot of naïve, gullible, lost and desperate people out there in the world who lose their sense of balance when they have no one else to fall back on. Let’s learn to appreciate what we have in our lives from such stories. Let’s share this story and learn to empathize with such people instead of condemning or ridiculing them. Let’s not waste our time/words to discuss the people who dupe such innocent folks to get what they want.