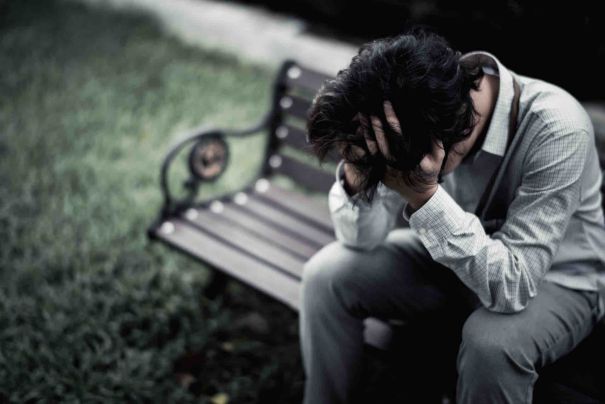 My name is Sam and I am a Christian boy who belongs to a deeply religious middle-class family. I was in love with a girl who belonged to the same church.

We were in a relationship for just six months but a lot of things happened during that period and we broke up.

Her name was Tina and I met her in August 2015 when she joined our church. It took me some time to fall in love with her. Our relationship started with text messages and both of us were interested in each other. Though she liked me, she was afraid to propose to me. So I proposed marriage to her in October 2015.

However, Tina wanted to tell me about her past before we took a step ahead. She confessed that she had been in a relationship with a non-Christian guy named Ajay since her school days. Both of them were crazy about each other and were in a physical relationship too. After telling me everything, she asked if I would still accept her. I respected the fact that she told me the truth.

Since she had moved on and wanted to marry a Christian guy, I was ready to accept her with her past.

Both of us were really happy together. About three months later, in January 2016, I suggested that we speak to our respective families about our decision to get married. However, she started making excuses to avoid the topic. Suddenly, her behaviour changed.

She was interested in me and wanted to get married but somewhere, I felt that she had not moved on from her past relationship.

So, I did not force her and told her to take as much time as she needed. We were still in love and continued to talk and meet regularly. This continued for the next three months. I was under the impression that everything was going well but whenever I tried talking about marriage, she avoided the subject.

I was beginning to feel doubtful. In March 2016, I discovered that Tina was having an affair with her boss who was 20 years older than her! I caught them red-handed several times.

I was shocked to know that Tina was dating her boss, her ex-boyfriend Ajay and another guy at the same time and was in a physical relationship with all of them!

During this period, she lied to me a number of times. She did not even regret her actions! I couldn’t believe the things that were happening to me. I became extremely depressed. It felt that someone had taken my heart from my body and I couldn’t breathe. My dreams shattered before I could realize what was happening and if it was really true. My mind was not convinced.

I loved her blindly and she broke my heart.

I wanted to commit suicide but thankfully, I was saved by the grace of God. Ultimately, I broke up with her in April 2016.  It took me a while to move on from that phase and concentrate on my career.

It was very difficult for me to forget Tina since she was the only girl I’d ever loved.

When I broke up with her, I was not earning well and I did not have my own house. After that, I decided to focus on my growth and my career started flourishing. I gave first priority to God and my life changed. Today, I am working at a good post in a big IT company. I purchased my own house too. Several good things happened by God's grace and I was finally happy.

However, things changed after one and half year. In October 2017, Tina came back into my life. She was extremely sorry for her behaviour and repented everything she had done. I was really happy that she came back to me since I had prayed to get her back.

I wanted her to understand her mistakes and turn to God. And it happened.

Her boss had also moved to a different city and joined a new company. I was really glad to get my Tina back. We started our relationship again and this time, she was interested in getting married. About a month later, Tina said that she was going to a friend’s engagement in another city. Later, I learned that she had gone to meet her boss again and both of them were working in the same company that he had joined.

Tina had been living with a married man who had a 16-year-old and was deceiving his wife!

I was heartbroken again. I broke up with her for the second time because of the same mistakes. She was addicted to sex and being with multiple men. But there’s another twist in the tale.

It’s been three months since Tina has been coming to church regularly. She has apologized to me and also promised that she will never repeat her mistakes. Recently, her parents, relatives and my Pastor got to know about our relationship and they blamed me for everything. Tina lied to them and did not tell them the entire story.

I have been going to this church for the last ten years while Tina joined only in 2015. But they chose to believe her and not me.

All this hurt me even more. Now, Tina has accepted all her mistakes and told her family and my pastor that she wants to marry me. She has also joined the Bible College of our church and will be staying there for a year until she completes college.

She is very upset and feels sorry for hurting me. She promises that she will be a good wife. And I always wanted her as my wife.

But she has broken my trust so many times that I’m scared.

I am really confused because I’m unable to forget her but if I marry her, I am worried that she should not make the same mistakes again. Please help me make the right decision.

Should I give her another chance?

It's difficult to trust a person who has broken your heart multiple times. But it's also not easy to let go of the person you madly love. Let's share this story to help Sam find the answers and the support he needs to make this tough decision.