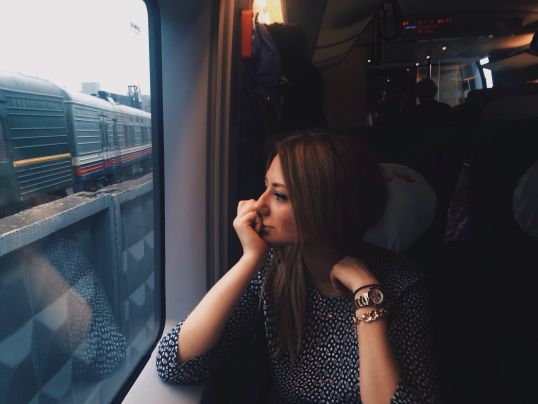 I am one of those guys who doesn't understand how to process emotions. Yet I got into a relationship with my best friend but it didn't work out because we couldn't give time to each other. Then 3 years later, I finally found someone. She was everything I ever wished for. We met in Bangalore during an internship.

Our conversation started with ordering a pizza because every time I ordered, it somehow got cancelled but when she ordered it was right on time.

The feelings and emotions were mutual. We started hanging out more often and because both boys and girls were given the same hostel, it was heaven for me as we could talk for hours on the stairs. Then we started dating each other. We cherished every moment with each other but soon I was going to get a surprise. A month later, the internship ended and we went back to our respective universities.

We continued talking through video calls and stayed in a long-distance relationship.

Though it was difficult but somehow we pulled it through. We managed to meet each other after six months. I just couldn't get enough of her. I was not going to leave her even though it was a long six months. I shared all my thoughts and feelings with her. For a guy who doesn't process emotions well, I thought I was lucky because I had met the one. But then a month after our second meeting, she just ran away from her hostel. She switched off her cell phone and we had no contact at all. I tried reaching her friends. They told me I was the sixth guy calling them and claiming to be her boyfriend.

I was speechless. I thought it was a prank but it wasn't.

She had actually eloped with a guy. She never replied to any of my messages ever since. A guy called me and asked me if I was in a relationship with her because they were dating since three years. I had to lie. Her family and police thinks I might be involved with her missing but that's not true.

She messaged her father saying she is happy with someone and doesn't want to come back.

She's still missing. For someone whom I was ready to go to any length, she was cheating on me from the very beginning. I was just another guy in her contact list. I don't know how to share this with my friends so I am writing this here. I really hope that she comes back. It's not always the guy who plays with the emotions of a girl.

Share this story because the emotions of men are not spoken of enough.

LIFE IN THE TIMES OF CORONA
YOURS GEEKLY
JUST IN
LET'S FACE IT
BAKKAR. CHAI. SUTTA
LIFE IS TOUGH