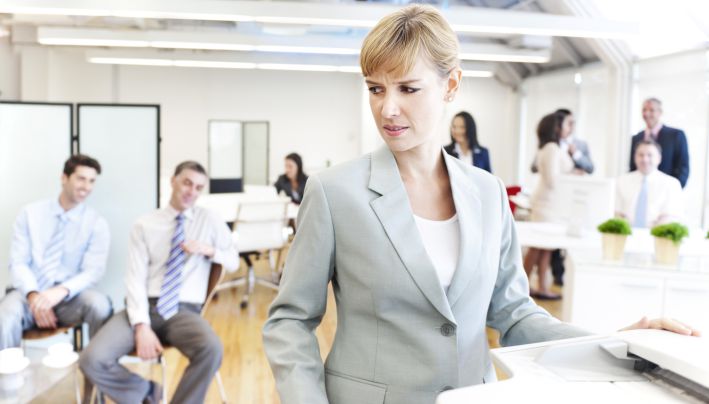 This morning, just as I was about to board my flight, a friend sent me a link to a blog post by a startup founder. It was her account of how Dave McClure sexually assaulted her. The future for McClure looks bleak.

He may never recover from the public lynching that has been following him.

It goes without saying that this anger comes from a true place. Given the number of women who can never truly progress in their careers due to casual sexism or outright harassment in their workplace, it’s no surprise that this fate is wished for the accused.

As someone who has played a role in starting India’s first educational course to train sexual harassment experts: along with creating a mass program to train executives on how to implement sexual harassment guidelines to their organizations, naturally, I’m someone friends turn to, to discuss these matters.

So, when my friend shared the link with me that morning, with a reply like, “Do you think this could happen to you?” It took me a while to reply to his question. I’ve hired and fired over a hundred people, in various capacities till date. Many women left on bad terms. And at least on two occasions, I’ve hired my then girlfriends to work with me.

I wondered, did I do something at the time that I shouldn’t have? Or that could be misunderstood?

This answer came to me easily, “No.” I have never engaged in any kind of flirting: romantic or sexual at my workplace. It’s a matter of principle. The only exception would be my (then) girlfriends, but of course, there was complete transparency about this in my office, to my co-founders and employees. And in the end, the decision to hire or fire them was a mutual one.

Within my office, I maintained this decorum to the rest of the staff, if anyone were to get into a relationship, they had to inform the management about this and thus, we could stay ahead of any conflicts that could arise.

This is a rule that I will follow for the rest of my life. I’m sure that this is one that will greatly benefit the company and even control lapse moments of temptation.

I would be lying if I said that people didn’t try to cross the lines here. There have been interns or other employees who would flirt, either coyly or some slightly more brazenly, despite my clear lack of interest. Most of the times, I would show complete disinterest, but if it ever seemed that it was crossing a line, I would call them out on this behavior and let them know that I would be reporting this behavior of theirs to the management.

Before I got married, in 2016, I was extremely active in the dating scene and was contently going through a phase of debauchery. I almost had no rules when it came to my interest in women, except for the one: work and sex will never mix or collide. This was something that I could maintain in my corporate world, with no hesitation or stress.

But what happens when a student shows such an interest?

One whom you’d end up meeting almost on a daily basis? When it’s my duty to coach them, inspire them and push them towards success? It’s not unusual or unheard of that a mentee gets attracted to their mentor. I’ve been teaching since 2007, so I’m aware of this concept. One concern for me was, how I would react to a student’s sexual interest. There was no doubt in my mind that I would never date a student who was attending my course.

Honestly, the attention is flattering, to say the least, but the drama that could follow is never worth it.

Even today, despite knowing that I’m married, I have students trying to flirt their way into my life. Of course, all of this is met with a wall of disinterest.
I fully understand my position, the power that I have as CEO. How would an employee, consultant, vendor, or even a student, reject a proposition made by the CEO? The one who has the power to promote, hire or fire? The mere act of a proposition would be intimidating.

There are some scumbags, who misuse this power; who enjoy this control they have over their employees. But it’s definitely an irresponsible decision, for the people involved, and the company.

Within my own organization, I’ve received some backlash for this rule; some believed I shouldn’t be in charge of their personal lives, especially if they were all consenting adults.

But I’ve held on to my stand: I’m neither the moral police or a prude, but these are rules that will help us all grow productively.
So, going back to answer this question, “Do you think this could happen to you?” The only thing that helps me sleep at night, is the fact that I have a very strong policy against this and my ethical views on the matter would never allow me to commit, or be framed for harassment.

Every leader owes it to their work and to his or her employees to keep sexual and romantic interest or conflict away from the professional space. The only way to do this is to create a free and open space for dialogue within the office.

Share this story because we don't all have to make the same mistakes over and over again.