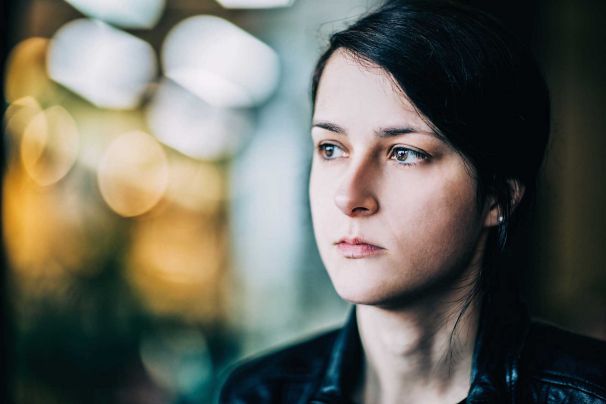 It hurts when you invest everything in a relationship, you put in all that you have and some more and all your efforts are futile.

My story started as a fairy tale only to end as a tragedy where all my dreams were shattered.

We met on a matrimonial website where I had created a profile just to put an end to my parents’ constant nagging. After all, I had my Ph.D. to finish and a Ph.D. in basic sciences requires a lot of time and dedication. I had no time or energy for anything else.

One day, I received a proposal on my profile. The guy looked average and I was not interested. I refused his proposal in the politest manner. He replied back to my message and a string of messages were exchanged between us.

We started chatting and before I knew it, we were hooked to each other.

He was in the Army and was posted in another city while his family stayed in Pune. He was home on vacation when he decided to surprise me by flying down to Delhi. I didn't want to sound rude and agreed to meet him after my lab work.

The meeting went well but no sparks flew, at least from my side.

We went on another date before he left for his unit a week later. The guy was charming and he could hold a conversation on any topic. I had started enjoying his company. Then he left for his unit and I got busy with my work. Gradually, I grew fond of him. I would look forward to his texts. I had tears in my eyes when he drove for 40 km only to be able to speak to me.

It’s a beautiful feeling to see someone go head over heels for you.

On 25th December, he came to meet me. We stayed together for 3 days and those were the best days of my life. He made me feel like a princess.

I was with the guy I loved and he seemed to be a thorough gentleman. And he was no ordinary guy; he was my guy in olive green.

The next step was to introduce him to my family. He spoke to them and they had no issues with our match even though we belonged to different states. He was a Maharashtrian while I was a true Dilliwaali.

In January, my parents visited his family to finalize things. Everything was falling into place. Our wedding date was fixed for 23rd November 2017. During this period, I received an opportunity to work with NASA in their astrobiology forum.

I loved him so much that I was ready to leave everything to be with him.

Before he returned to work in January, we stayed together again. When I went to see him off at the railway station, I realized how much I loved him. My eyes welled up with tears.

The wedding preparations started in March with the hunt for a suitable banquet. I would excitedly share all the details with him. But he started growing distant and showed no interest in the wedding.

I assumed that it was the pressure of his upcoming staff college exam. I decided to give him space. Our conversations became few and infrequent. Whenever he called or if I called, he would speak for 2 minutes and come up with some excuse to cut the call short.

I knew these were red flags yet I ignored them because I believed that he could be genuinely busy.

We did have a few common friends as I'm also an Army kid. However, being a private person, I never discussed our relationship with any of my friends. One evening, I was having a conversation with one of my fauji friends who was his junior in NDA. He wasn’t aware that we knew each other or that we were about to get married.

It was a general conversation about Army life when he happened to mention my guy’s name and said that he was divorced.

I couldn’t believe my ears! How could he have hidden such an important fact of his life! For God’s sake, we were about to get married! I felt as if I had been stabbed in the heart.

I confronted him over a call and though he accepted it, he didn't offer any explanation.

Later, I discovered that his ex-wife was also an Army officer and they had been in a relationship for 6 years. They were posted in different locations and according to him, it was the distance that led to frequent fights between them. They got divorced after two years of marriage. After the confrontation call, I expected him to try to reconcile things.

Instead, he said that he couldn't marry me because he was still in love with his ex-wife!

I was dazed. I loved him to bits and he lied to me. As if that was not all, he did not even love me anymore. Where did that leave me? Despite everything, I went to him, offered to forgive and forget and start afresh. But he was not ready for it or he just wanted me out of his life. I couldn't fathom what to do or where to go!

In the meanwhile, I did some digging and discovered that his ex-wife had moved on and was married to someone else. I felt hopeful that this would encourage him to move on as well.

I started empathizing with him. I felt bad that he was in love with someone who had left him. I wanted to be by his side and help him through this difficult period. I wrote him long letters, encouraging him to take the pain in his stride and to be strong.

I urged him to open up to me and I promised to hold his hand.

I was such a fool!

In a conversation with one of my other fauji friends, I learned that he was not emotionally stable and had dated 2-3 girls since his divorce.

Apparently, his wife had filed for divorce because he had manhandled her!

I was shocked. I pitied the guy and believed that he was truly in love but the reality was completely different. I was seething with rage. I didn't know what to do. Obviously, he never called me back. And I forced myself to never call him either.

I did call his father to know why had they hidden the truth from us. But they were simple people who knew nothing about their son’s actions. Their son had said that my family and I knew about his previous marriage. Hence, his parents refrained from discussing the unpleasant topic again.

I didn't know what to say to the innocent man who was being fooled by his own son.

I just wished him well. That guy didn't deserve a person like me. He was an a****** who deserved to be punished. Gradually, my anger subsided. I realized that I still loved him and I wouldn't want to hurt him.

As days passed, I realized that I was thankful to God for protecting me from doom. The guy would have never told me the truth.

Marrying him would have been the biggest mistake of my life.

Thankfully, my parents and my friends stood by me. My heart still hurts and I don't know if it will ever heal but life needs to go on. Pain drives my days and I have learned to live with it. I don't know if I’ll ever be able to trust anyone. Negative thoughts continue to haunt my mind at times. Was I not good enough for him? Why did this happen to me?

I wake up in the middle of the night with his voice in my head saying, "I can't love you."

No matter how well you plan your life, life will throw you off track as soon as you let your guards down. Life was never meant to be easy.

Though such experiences shake your trust, they also shape you as a person.

I will not let this bitter experience change my attitude towards life. I will not give up on true love. It is a tough world out there, girls. Pull up your socks and be ready to face the music of life.

I am still broken but I will mend myself slowly and steadily.

During these tough times, a few lines came to my mind.

"You came and you left,

Just as quietly as you could.

Unaware, unconcerned of the wreckage left behind,

The thud of the collapse did not flinch you,

and there you departed leaving me in an emotional grind.

Little did you know,

That I'll collect the wreckage,

and build on it,

a structure so refined.

That as long as I live,

Nobody ever gets to F**k with my mind.”

Your heart has been broken, your dreams have been shattered and it seems like the end of the world. But no matter how bad it hurts, you must not give up because you deserve better. Let's share this story for the writer who inspires us to learn from bitter experiences and move on as a stronger person.