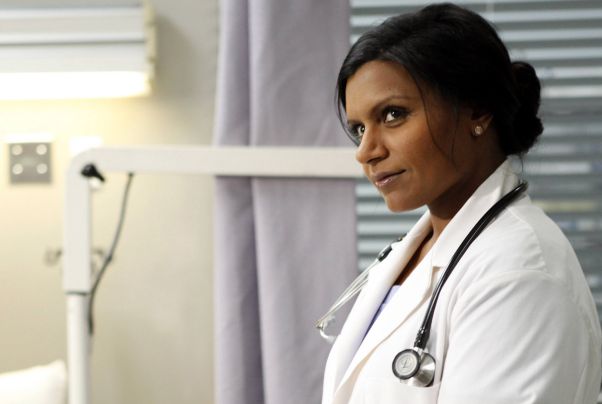 Today, I want to discuss the undiscussed issue of sexism present in the medical field in India, that unfortunately, I was a part of. I am a medical intern who has barely completed 7 weeks in a medical ward. In the hospital I was working at, the patients would always refer to me as ‘sister’, assuming, based on my gender, that I was a nurse. At first, I would have the energy to correct almost every other patient and let them know that I am a doctor and not sister. Now, after only 7 weeks, it has become such a usual occurrence that I have grown tired of it; most of the time I just don’t respond to those patients calling out to me as “sister”.

I walk straight past them, pretending I didn’t hear a word, even though I know they are calling out to me.

We have around 50 to 60 patients, each accompanied by at least 2 or 3 members of the family, each of them alternating every other day. It’s not possible to correct them all, although I shouldn’t have to because it’s obvious sisters wear their respective uniform and doctors wear formals and carry a stethoscope. During the outdoor duty time, the patients always prefer going over to our male co-intern than to us. When we call out to them, they refuse to get diagnosed by us.

Still, I should consider myself lucky to be called “sister”.

One of my female co-intern had asked a patient's family to buy some medicines and told them to give it to the sister. When they came to submit the medicines to the sister, she asked them, "Apnake daktar kinte boleche toh?" (Did the doctor ask u to buy you this?) The patient's family replied "Na daktar na, ekta meye ese boleche" (No, not a doctor, a girl came and told us.) My male co-interns found this really funny and kept laughing about it for days. It’s sad to think how some of the brightest minds in our country have the emotional IQ of an eight-year-old. Not all of them are bad though. The mature ones advised us to not get affected by these situations. "Nijer kaj kore ja,kaan dis na" (Do your own work, don't bother ), they say.

But there is a reason why we cannot work if the patients don’t consider us as doctors. When we ask a patient what symptoms they have been exhibiting, most times they complain of the saline being over, or ask us to change the bedsheets or to clean something. But when our male co-interns ask them something, they will give a proper medical history and contribute information which is actually worth it. The patients don’t trust us and don’t follow any advice we give without confirming it with the male doctors.

There is no respect for us female doctors.

Now, I don’t really mean to demean a nurse's profession with this. Being called a “sister” is not bad if people had respect for nurses. Most of them are well-educated women, who do their work diligently, but they are often being taken for granted by the patients’ families who ask them to do work which is far beneath them. They don’t listen to a word the sisters tell them unless they are yelled at. Worst of all, many of the sisters have stories to share where they have been inappropriately touched by a patient or a member of the family.

Some find it funny, the way nurses yell at people in government hospitals and some find it outrageous, but I think it's just a defence mechanism. No educated girl could tolerate the things they face on a daily basis. Anyway, to give clarity on a very obscure situation, I had conducted a social experiment in the past four weeks, with eight patients and their family members; 6 male patients and 2 female ones. I talked to them first, not clearing their misconception and informing them that I am a doctor and not a sister. Then, almost at the end of the conversation, I tell them that I am a doctor. The few things I had noticed were:

1) Patient or his/her family immediately start showing me their reports which they didn't bother to show before.

2) One patient immediately had a lower abdominal pain and needed to be checked when I declared when I was a doctor. In a 10 minutes conversation before, when in her head she thought I was a sister, she didn’t think of telling me of her abdominal pain.

3) In 3 cases, patient's male family members started to take a step back to keep a safe and respectable distance from me.

4) Two cases lowered their tones to talk to me after I said I was a doctor.

Obviously, 8 families barely make it a social experiment but it gives a clear picture. That is why I used the term Sexism in the medical field. It’s not really about the difference between doctors or nurses. Why are girls treated this way? And there may be many who think that I am venting out my frustrations. Yes, I am. Anyone with a sane mind would be frustrated by the small and ugly mentalities people have towards girls. Female doctors, who are senior to me, have experienced worse, from being called "masi" (aunty) to asked to clean stuff, while they were in the most formal clothes with a stethoscope.

And this situation is not limited to only Bengal; all Indian government hospitals experience the same.

Obviously, these aren't any major crime against women. But this is the exact mentality that is leading to everything worse. The very fact that female doctors and nurses are treated the way we are is just a minor symptom of the general population's mentality that a girl cannot measure up to anything and females are objects used only for pleasure and a major aggravation of this leads to female abortion/infanticide and rape. I don't expect a change through this long article which probably many won’t read or even if they do, they won’t have the maturity to understand. I am just a girl letting out my feelings. I am just a girl.

Sexism is one of the most resistant evils women in India have had to face for ages. A proper understanding of the magnitude to which such mentalities have spread is vital to the present and coming generations in order to advocate some kind of change for the betterment of the society, one in which men and women could perform with equality. Please share this story.