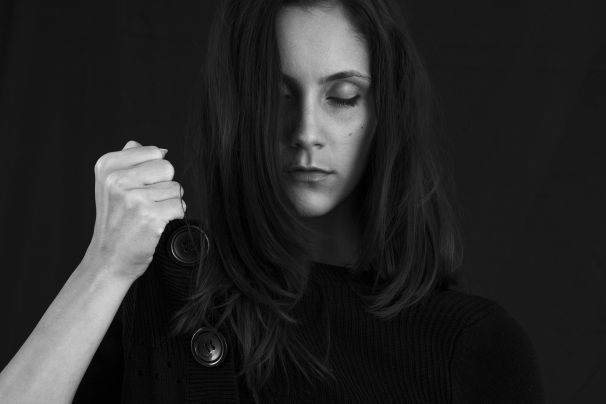 My story revolves around the same thing that many girls in Delhi suffer from. Yes, this is another one of your girl-who-was-tried-to-be-raped stories. You're probably tired of hearing such stories, but I need to let it out.

My tuition teacher tried to rape me.

It was back in May 2015, I had just cleared 11th standard with difficulties and I was depressed. Why? Because many things had happened in the year before. I had taken up science due to family pressure and I was barely keeping up with it when the death of a loved one happened and everything felt out of control. Nothing was going right in my life.

My mother had heard of this amazing and magical teacher who taught mathematics and physics and could lift any child from depression as well. So she enrolled me in his classes.

The institute was open in a rented house on the third floor and all the other floors except the 1st one were empty. He used to take separate sessions with every student after the class ended wherein he talked to us about life and motivated us and just told us to share anything and everything we felt like with him, and so we did.

He won my trust and I found myself confiding in him more than my best friend.

This one time I was having an extra class, there were two other guys from another batch present in the centre who was sitting in a different room.

That day he was talking to me about stuff like rape and girl power and feminism more than he was teaching me, all while touching my hair and shoulders in between. I had felt that something was wrong but I brushed it off. The following day, I came in for another class and this time the entire building was empty, even on the first floor. And there was no other class going on so the institute was empty as well.

This time he came and sat with me on the student chairs and kept getting closer and closer.

I stood up and told him I had to leave and he got back a bit. He went back to the teacher's table and gave me more questions to do and said that I could leave once I finished them. And I, being a stupid person, stayed.

After some time, his maid came and he sent her away saying that there was no work for her that day and when he came back, he locked the door of the room we were sitting in.

I told him that my mother had called and wanted me home. But he dismissed it by saying that he would talk to her and tell her that I was busy doing questions and so I can't leave now.

As soon as I finished all the questions, I packed my bag and was ready to leave.

He checked all the questions and told me to sit beside him and keep my bag aside so that he could explain all the mistakes I have made. With each mistake he pointed out, he kept getting closer. At that point, I was so scared that I didn't care about it anymore. I stood up and went for my bag but he grabbed me from behind, twisted my hands and held them from behind. He then grabbed me by my hair and made me sit on the seat. The seat he made me sit on was the one which had a table over it that you can lock. So he locked the table and sat over it and covered my mouth with a cloth. Now I was locked in that chair, both my hands in his hand and he was at the top of the little table. He started kissing my neck while I tried to make as much noise as I could and kick the seat from beneath. He undid his pants and grabbed me by the hair and pushed my head down towards his groin. At that point, I took advantage of his sweaty hands and managed to get my hands free. I pushed him off and tried to run but he grabbed my hair again and started shouting at me and also slapped me. At that very moment, my mother called and that phone call posed as a distraction that I used to run away. I punched his groin and got up and ran.

By the time he could come after me, I was long gone.

We filed a complaint against the teacher the same day but he ran away and the police, instead of filing the FIR told us that I could be making up the story because "aajkal ke bachho ko attention ke alawa chaiye hi kya hota hai" and moreover, they told me the clothes I was wearing were inappropriate. I was wearing jeans with a tank top over which I was wearing a full sleeves top. How is that inappropriate?

They didn't file the FIR, nor did they take any action against the teacher.

Tuition classes aren't there anymore, he probably shifted after the entire scene. But you know, I didn't cry or fall back into depression all over again. I fought with it and came out of it.

There was a time when I couldn't even speak about this, but now I am thankful that it happened. It made me stronger and much bolder, it taught me a lesson about trust and life.

To all the girls out there, I would just like to tell you that no matter what happens in life, nothing out there can make you weak, not unless you give it the power to. Always stand up and move on instead of holding on and feeling depressed.

Also, always pay attention to the signs. I made a mistake, but you can avoid it.

It's great to see that even after everything the author had to go through, she fought and found her way. Share this story because kudos to her!