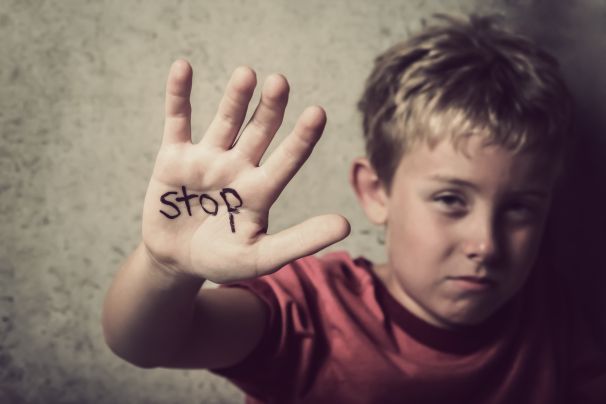 First, let me start with my childhood days.

I was 8 years old and I was the happiest boy on this earth. It was my summer holiday and we all were at my father’s office. The building belonged to us and it was half constructed then. One evening, when I visited the building, my childhood was ruined and my happiness turned into a nightmare. What I went through was something a kid should never suffer from it.

I cried. He raped me in my anus and I didn’t know what to do.

I cried more than a kid would do and I was utterly speechless. I couldn’t even tell anyone what had happened and it was killing me inside. I had no one to hold me through my sleepless night. I lived in constant fear.

I didn’t want to live but somewhere I had hope that someday, I would forget this happened to me.

Every night, it haunted me. That’s why I was even afraid to connect with people around. I grew up so lonely that I was even bullied by my own friends in the middle school. There was a time when I even tried to kill myself but again, it was hope that kept me alive. I was so stressed that I wanted a shoulder to lean on and cry. I was carrying a deep scar from my tender age.

I was 18 and the nightmare hadn’t stopped even then. Though everything had changed around me, the past still remained.

At the age 20, I entered my college life and I met her. It started when I drunk texted her from my college. I called her up and she received it. We talked and eventually, we became closer. Before we became friends, she had gone through a breakup with her boyfriend five months ago. She took care of me and I used to take care of her.

Every evening, after our class, we used to talk till midnight. It crossed my mind that maybe she was the cure who could heal my scar. She was my best friend, after all. She made me forget that nightmare. We were a group of four and usually, we all hanged out in a group. Everything was normal.

Then one day, she called me up and said, “You impress me, you’re like my dream boy.”

I didn’t say anything and didn’t even take it seriously. But after few days, she said that she wanted me as her friend and didn’t want to lose me. To which I replied, “Of course, I’ll always be there as your friend”. She promised me the same.

A few days later, I noticed her WhatsApp timeline story which read, “I’m in a relationship”.

I asked her what that was about, so she said that she got back with her ex again. I was sleepless and couldn’t stop thinking about her. I was so scared of losing her that I asked her again if she was serious about it. She replied jokingly that it was just a prank, a WhatsApp dare game which her friends made her do.

That’s when I realised that I had fallen for her.

She was my best friend and so I was afraid to propose her. She might either start loving me or completely hate me. Two weeks later, I proposed her with a hope that she would say yes. She didn’t say a single word. Next day, she called me and said, “I want to meet you and tell you something about me.”

We went out. I had a doubt that she might say that we weren’t fit to be in a relationship together. So I told her that the proposal was just a prank just like her WhatsApp timeline story. She revealed then that it wasn’t just a prank but the truth. She was back again with her ex-boyfriend.

I couldn’t take it, so I faked my feelings and thoughts that were about to come out of my heart.

I came back to my hostel room, drunk heavy and slept. Next day, I called her and said that I had faked my feelings yesterday and I still had feelings for her. She said that she needed me as her friend. Every second, I could only think about her and was losing my mind. I stayed drunk all the time and the thought to just stay as friends with her killed me. But I wasn’t ready to lose her. So I agreed to be her friend again.

But she was confused about me and that’s why she started to avoid me suddenly. That ignorance still kills me.

I thought she was my cure but I was wrong. I realised that nothing is permanent here, not even life.

From my story, I want to tell others that never ruin a child's life. A child doesn't know how to respond to the disaster that they are facing. To all the parents out there, I request you to keep an eye on your children's day to day activities. I really hope that no other child has to go through the same thing I did.

They deserve to live happily.

Child abuse is a crime, and we need to make it stop. Share this story to bring awareness to child abuse.