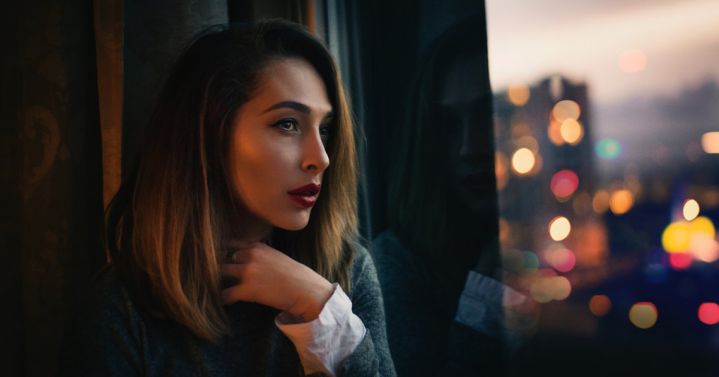 I’m a married woman with a 10-year-old daughter. Mine was a love marriage, though my parents were against our marriage. I am highly qualified, and my husband is a lawyer, he was my classmate and we were good friends. Later, at the end of our three-year course of law, we felt that we could be good partners and told our parents about it, but they didn't agree.

A year later, they agreed but were warning me that as I come from a well-off family and he was not good looking, I will not be able to adjust with his family nor him as his family is uneducated. I was the topper of the university and a gold medalist.

I felt that he was a genuine person and got married to him after convincing my parents and family. I started work as a college principal and he started his practice. I told him that I wanted to practice but he said that other than practice, I could do anything else because I was good at my studies and hardworking too.

I told him that my dream is to become a judge as my father always dreamt of it, but he didn't allow me to practice and said that if I practiced then he would leave his practice and stay home.

So, I left it at that, without thinking about it as I did not want him to get disheartened. The initial years of marriage were fine, but then he did not show signs of earning more to look after me. Within a year, we had a daughter. I thought he would change and earn for our daughter but even after she was born, he did not change.

I would earn and look after the family, as I did not want to lose his respect in the sight of my parents.

Slowly, through the years, things started to get worse. He started abusing me both physically and mentally. I approached my parents for help, but they denied any kind of help as it was my decision to get married to him. I would do my work outside, come home, finish my work at home, help my daughter with her studies and at late nights, I would stay up to prepare myself for my competitive exams. While all this happened, he was fine if I gave him money whenever he needed it from me, but if I asked him even once to spend on anything for me, he would start abusing me in front of my daughter.

He would always ask me if I wanted money or a husband? I would cry alone and sometimes my daughter would wipe my tears.

There were times when my husband would fight with me then scold and hit my daughter, too. I could not get out of this relationship because we were residing in a home that was given by my father, and my husband had settled in my home. He is not ready to leave me because of my income. While all this happened with me, one day, I got a request from one guy whose name is Krishna (name changed to disclose identification). I accepted the request thinking that it must be one of my students as I had students with the same name. Though I don't chat on FB Messenger with anyone other than my students, I responded to this person and asked him if he was my student and he said he was not.

He is 8 years younger to me. We started talking to each other, and I was happy to talk to him as I felt that I had found a friend who could understand me.

He would respect me and my thoughts, but whenever he asked me about my personal life, I would tell him that my husband is too good. I felt that if I told him that I was unhappy in my marital life, then he would think I'm lonely. Slowly, we started to chat frequently, and then it turned to chatting for hours and then chatting during nights, sometimes. After a few days, he proposed to me saying that he loves me. Though I felt a lot of attachment towards him, I kept it inside me and reminded him that he was 8 years younger to me. And moreover, I am the mother of a kid. But he would try to convince me, and I would resist, despite having a soft corner for him. As days passed by, he would not leave a single opportunity to make me feel special. He would take me out and I loved the way he would look at me in the mirror while riding his two-wheeler. I would meet him only for short periods in spontaneous meetings, and I would be elated every time I saw him.

I did not even realize that I had fallen for him.

Read the next part here: I Secretly Married The Love Of My Life Even Though I Am Already Married

To the readers, I would like to say that it is easy to judge a woman and label her as bad but only those who go through hell, will know the pain of such woman.

Share this story if you believe that our society is all about labels, not love.