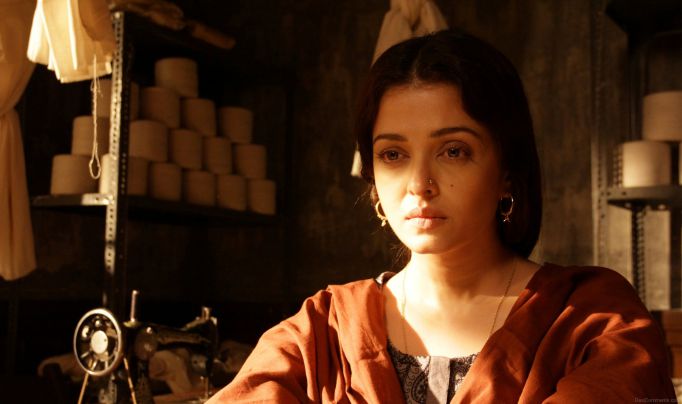 I’m a simple and ordinary woman, with a story to share.

I come from a small village in India, my father is a farmer and a shopkeeper and my mother is a housewife. Currently though, I’m in Canada, I’m an analyst in Environmental Science in one of North America’s largest analytical labs. My father is and always has been my role model. His support and encouragement throughout my education has been my only motivator. I’ve finished my Masters in Chemistry, Bachelors of Education, Post Graduate in Forensic Science, got a diploma in French Language, a Post Graduate Diploma in Chemical Technology and represented two papers in a national conference.

According to my parents, I’m extremely intelligent and I’ve always believed that someday, they’ll find a suitable match for me.

One morning, I got a text on my phone, the man introduced himself through it and told me that he was my classmate, from school. He said that he was keen on marrying me. Confused, I told him that I wouldn’t marry someone that my parents hadn’t chosen for me and politely declined.

Soon after, I found out that he called my parents and spoke to my brother too.

My parents were excited, but also cautious.

Dad asked him if they expected any dowry or if my work would be an issue for their family.

His words, “Oh no sir! Your daughter is independent and very strong. I don’t have any demands from your family, except her hand in marriage. I’ve known her since school and thought this would be an ideal time to talk to you all about taking this relationship further.”

My parents were elevated and I couldn’t contain my happiness either!
Soon, we began talking every day.

That August, we were going to get married and that’s when things slowly began to change.

Little did I know, the shy and innocent classmate of mine had turned into a Casanova!

After our engagement, I left my job and life in Canada and shifted to Australia, as that’s where his job is. A few days later, when we were home, I decided to sleep after lunch. He told me that once I was well-rested, we would go shopping in the evening. With his arms around me, I drifted off to sleep, thinking this was the perfect life I could have dreamed for myself.

But life had another plan for me, and it couldn’t even wait till I was awake!

As I slept, his girlfriend came to our house and called the police. After much drama, I convinced them that I was to marry this man. They ordered her to leave our house. But I was in shock! I told him I wouldn’t marry him now- asked him why he had to go and talk to my family about this when he clearly had someone else.

He began crying and begged me not to share this incident with our families.

This girl, they had been dating, but she was married now and was harassing him.

After about an hour later, this girl came to our house again and accused this man of cheating and lying to me. She said that the only reason he wanted to marry me was because of my education and independence. Once again, I called the police, and this time, they arrested her.

But I decided that this was too complicated for me and so I called off the marriage.

Two days later, his friends came to talk to me. They begged me to re-consider. They told me that his ex was the one who was lying about everything and she only wanted to keep him to herself. She was already married but didn’t want to leave her husband, or my fiancé.

I wanted to share everything with my family, but I just couldn’t find a way to talk to them about this.

My silence and willingness to give that man a second chance, was my biggest mistake.

A couple of days later, we got married. And that’s when I met his true avatar. He had lied about his job, was using drugs in our house and had even begun demanding money from my father to pay his ex-girlfriend.

He questioned me when I uploaded our wedding pictures online and asked me to take them off. He wanted to know why I was still a virgin, and asked me if there was something wrong with me.

When I said, I was saving myself for my husband, he laughed at how naïve I was.

I couldn’t take this torture anymore, so the next day, while he was away, I called my brother and told him everything. He was shocked and upset. He told me I should have said something earlier, before marrying such a creature. That night, my brother explained everything to my father and they decided it was best if I went back to Canada, away from this man.

My dad was so upset after this call that he didn’t speak to me again for the longest time.

Every night, I prayed to God, asking for some way to come out of this mess of a marriage.

His family tried to intervene but I knew I had had enough.

In the first week of October, I packed my bags and left for Canada. As I was leaving, I found out from his ex-girlfriend that this excuse of a husband of mine, had another girlfriend, and they had a child together.

This man, was dating two married women and was married to me.

Thankfully, my manager gave me my old job back in Canada. Sensing that something was wrong, she asked me confide in her. And the tears came streaming down. I told her everything about his two girlfriends, the son, the job that he never had, his crazy demands to my father... everything.

She told me to calm down and take a deep breath. She comforted me saying that this job would always be here for me, because she trusted my work ethics and performance, but that I should go and end things with him and meet my family in India too.

I decided to go back to Australia for a few days, end the relationship with him and then head directly home, where I could spend some time with my concerned family.

To be honest, when I opened the door to our house, I wasn’t even surprised to catch him naked in our bed with one of his girlfriend. I called the police immediately, packed all my belongings and went to a hotel.

The next day, I was on a flight home. I spoke to my parents and this time, didn’t hide anything from them. I told them about his affairs, his fake jobs and his questions about sex. My parents wanted to know if I would file a case against him, but I declined, a divorce was enough.

Karma will find a way to haunt this man and I don’t want to waste my energy on him for another second longer.

Moving on doesn’t always mean that you’re giving up, sometimes, it’s because you are strong and realize that in life, you shouldn’t waste your time with revenge.

My only regret is that I wish I never slept with him, but it’s okay, I am thankful, that my life did not end with him.