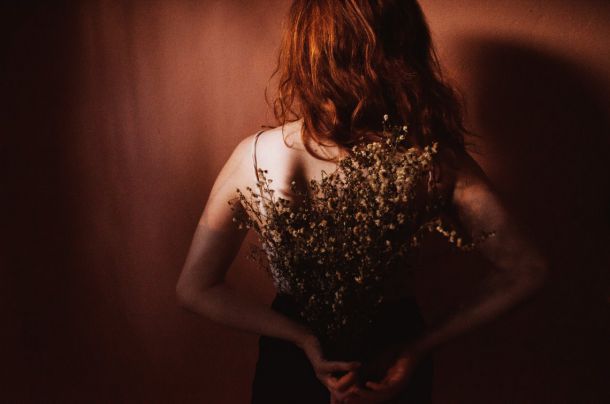 I have been married for 3 years now and mine was a love marriage. I met my husband through an Internet site and we started dating. At that time, I felt somewhere that he was short-tempered because he would get angry quite quickly but I still went ahead as I had no one else in my life so I wanted a family for myself - a person whom I could call my own. My mother had expired some years back.

After marriage, days went by right but after some time he started behaving differently. He’d get angry on small things. Another thing I discovered was that he was not interested in sex.

I tried my best to convince him to visit a doctor but he refused. Things went on like this and in these 3 years, he just came close to me 4-5 times. I have accepted the fact that I will have to live like this now. Slowly he started getting more violent, a time came when I literally broke. I was going into depression and I didn't know what to do. Then I met someone again, a person whom I had a crush on in my teens. We started talking on the net and got closer. I knew that he was married but I couldn't help talking to him because he came as a great support in my life when I really needed one. I also met him, he confessed to me that he came close to me because he was also missing that kind of love and affection in his married life, which he got from me. After meeting him, I got my confidence back. He made me feel wanted and I got that love from him which was missing from my life.

Some days back, again my husband started getting violent and I couldn't bear it. I told him to break the marriage. I cried a lot that day.

The other day my husband came to me and told me that he wanted to start afresh, he asked me to forget whatever happened in the past. Now I really don't know what to do. I don't know what I am to do with the second relationship I've got in to. That person gave me that love which my husband never gave my. I still care for my husband but at the same time, I'm not able to leave that second person. I know people will judge me here and will ask me why I got involved with a married man with whom I have no future. But sometimes in life, you have to choose between society’s norms and your own happiness.

Don't I deserve some happiness in my life? Yes that person won't be able to marry me but he wants to be with me forever, he loves me unconditionally unlike the man I married. Because he also needs love in his life. You all can judge me but I would like to know what would you all have done in my situation? Right now I'm stuck in between two paths. I still love and care for my husband, but I am not able to leave the other person too. I just want to give time to myself to make the right decision and right now I want to concentrate only on making a career for myself.

Share this story to help the author out with her dilemma.