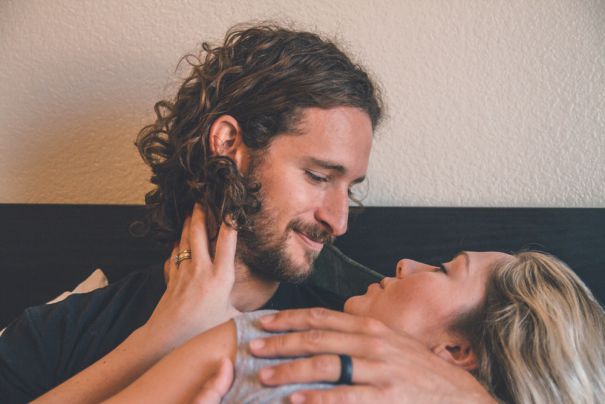 This is the story of how my husband of 8 years continuously cheated on me and then finally deserted my son and me. It all started when I received a marriage proposal on shaadi.com.

I was pretty apprehensive right from the start about him as he was too brash and a big-time flirt.

Something nagged my conscience even at that time. But as fate would have it, things progressed, and I got married to him despite my parents not being too happy with the alliance. At that time, I thought it was because of my age that they agreed as I was already 27 and in Sikh families, they marry the women young. Initially, things were okay and as I had resumed my work.

All I used to do was work at home and office to make everyone happy.

After about two months into our marriage, I accidentally saw some chats on yahoo messenger on my husband's laptop late one night. These were sex chats that he had been having with some lady. When I asked him about it, he denied everything. But when I said that I had proof from his laptop, he finally agreed and said he wouldn't do it again. He told me that he needed physical contact more than any other normal people and hence, that's what drove him to these sex chats. I later came to know this was all a false drama, as he had been involved with a lady at his workplace even before getting married to me.

Even after getting married to me, he used to visit her at her place in Gurgaon and the rest you can imagine.

Meanwhile, things started deteriorating at the home front after I got pregnant as my mother-in-law got insecure and started creating fights between my husband and me. Every day she would create some or the other story and things would escalate to the point that he would hit me or drag me by my hair and make me apologize to his mother for any number of reasons that was cooked up.

I had to finally call my parents who took me back to their place.

He came running after me and apologized profusely to my father saying that he will take care of me and never let such a thing happen again. Reluctantly, my father sent me back with him. But things did not improve. My brother-in-law and sisters-in-law used to come over every other day, and the same story would be repeated. As it is, our relationship was already in a shadow of a doubt due to his cheating so this created more distance between us. Amidst all this, my son was born, and I thought maybe now everyone will be happy. My parents did a grand function (my in-laws made them do this) to welcome my son’s birth and even gave jewellery and stuff to my in-laws.

All looked happy on the outside but after a few months, things started going from bad to worse again and fights cropped up almost every day.

I was somehow tolerating all this due to my son, and my husband got transferred to Dubai in the meantime which was like a welcome relief for me to get away from all the negativity and start afresh. In 2011, we shifted to Dubai, and things started improving between us communication-wise. But soon, I got an anonymous email from some guy who sent me passwords for my husband's yahoo account as well as another email ID. He told me to see what was happening behind my back. I found loads of saved web chats, cam chats, photos and videos saved, flight tickets to Hyderabad from Dubai and vice versa. Even on the day of our marriage anniversary when he had said that he had to travel for work, he was with the lady in Hyderabad.

I immediately confronted him as I was shocked beyond the limit and he started begging me to forgive him and held my feet.

I can't tell you why I decided to forgive him because it is a mystery to me too. Maybe it was because of my son. I didn't want him to lose out on a normal childhood with both parents around. Anyways after a few months, my husband resigned from his job and lied to me that he didn't want to continue working with them anymore. He was looking for new opportunities to continue staying in Dubai. He started with some real estate work which didn't work out, and we lost a lot of money, and I had to muster help from my father which he readily gave.

I too had picked up a job to help with the finances and thought this would make things work.

One fine day, I came back from work, and my husband told me that he had booked tickets for my son and me to go back to India. He said that he couldn’t afford to stay in Dubai anymore and after sorting a few things like the relocation of stuff and all, he would also fly back. Till then, I was to stay at my parent's place.

I was naturally shocked as he didn't consult me on anything but I was happy to move back amidst family so I flew back with my son.

He started acting weird right from the time we landed, and I called him to tell him that we had landed safely. At first, he didn't answer his phone, and after repeated attempts, he said that he was driving so couldn't take my call. After a week of my returning from Dubai, he sent me a message on WhatsApp saying that this was the time to part ways as he can’t take responsibility anymore and would like to stay alone in Dubai.

He encouraged me to file for divorce but warned me that he wouldn't pay me a single penny and would declare himself bankrupt.

It has been three years since that incident, and I still haven't gotten around to taking any legal action as he has changed addresses in Dubai and I don't know how to trace him or where to serve the papers. Till date, he hasn't even called or texted to ask about our son whom he had confessed to loving more than anything. If anyone knows of someone who can help me trace him and bring some justice to me, I would be eternally grateful. I am working odd shifts nowadays to support my son as I cannot take money from my old parents.

I thank God for at least making me strong enough to support myself and my son even though I am not earning very handsomely.

All I want is justice for the sake of my son as he is constantly bullied for not having his father around and his tears and loss of self-esteem cuts me to the core. How much ever I curse my husband it is less for as he has ruined my future as well as my sons with his actions and deeds.

This is a serious matter. Our author really needs some help here. Share this story and let it reach to people who can help her with some good legal advice.