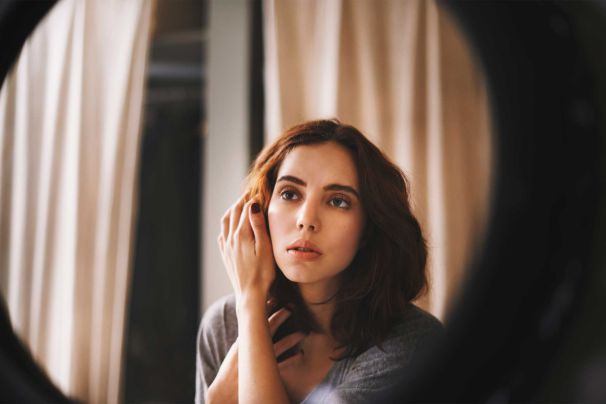 I was 22 years old and just out of engineering college when I joined an IT company and started working there.

Initially, I had very few friends but as the days went by, I ended up making loads of friends and became one among the known faces at work. Farhan was my manager and one fine day, he messaged me on the pretext of appreciating me for the work I had done for a project. To be very honest, I secretly had a crush on him from the day I saw him but dropped the idea, after coming to know that he was married.

Even then, when he messaged me, it made me happy though I shouldn't have been so.

After that incident, we started texting each other quite often and exchanging looks, when we saw each other. We could not talk much at work since it was a 'forbidden' thing, for an employee to have a friendly relationship with her manager. This plain sight hiding and secretive stuff intensified the relationship between us.

We decided to spend a day with each other and so, met one day at a resort.

I really liked him though I knew that he was married and was being adviced by most of my friends that he is not a good influence on my life. He was very open about his relationship with his wife and I was completely ok with it. This was because I just wanted to be friends and liked his company. When we met at the resort, we played a few games and then went to a small cute hut.

What followed next were a series of unexpected events

He was a gentleman, was damn sweet and didn't force himself on me, but I remember him telling me to be ready next time. For some strange reason, I wasn’t offended and neither did I feel bad about anything that happened. After that day, I felt really different about him being around and started feeling very happy, when he was there.

Our relationship grew into an intimate and romantic thing that was too beautiful to let go of.

I started getting very attached to him though I knew I should not cause he had a family and he loved them. What he did with me, he would have done with any other girl, if I had not given in. I know that most people would call me a slut, but he came into my life at a time, when I had lost everyone and loneliness was taking over me.

He got me attached and addicted to him emotionally, in such a way that I couldn't forget him or let go of him.

Today, he is happily married and working in London. Though I miss him very much, I know I do not have any say in his life and nor have I wanted to interfere in his life or cause him any harm. In spite of having his number, I don’t call or even text him. I do think of him every day when I’m at work and it does hurt, but I have gotten used to it.

I do not know if I have done anything wrong, but I know for sure that what I had for him will always remain in my heart. I will always miss him and want the best for him, even if he doesn't care about me anymore.

Share this story to serve as a caution against young heartbreak