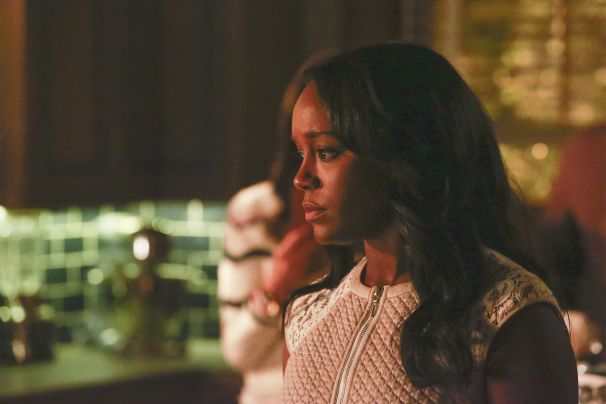 I met this guy on a social networking site. He was from my college and we also had a common friend, that made me accept his friend request. At first, he used to like all my posts and even began flirting with me through the direct messages, but I never took it seriously. One day, he asked me for my number but I refused, twice. We continued chatting daily, he was a nice guy so I didn’t want to completely stop talking to him either.

He used to tell me that he didn’t believe in relationships and this was something common that we both had, especially since we both had a bad past.

After a few days, he asked me for my number again. And this time, I didn’t say no. Within minutes he texted me on WhatsApp and soon, his texts changed completely. He began sending me messages that I don’t think husbands even send their own wives. I couldn’t believe the fact that such loving and caring men exist; especially because of my previous relationship. In fact, I was sure that I would never be able to trust a guy again. But within just a few days, this guy came into my life and changed everything inside it, for the better.

Despite being from the same college, we had never spoken to each other face to face, even though we had shared our deepest of secrets over countless text messages. I’d seen him around, a couple of times, on campus or near the food stalls, but neither of us had taken the initiative to walk up to the other and speak to them.

One day, he told me he wanted to meet, so we fixed a date and a venue, but unfortunately, on the day, he fell ill and got a fever. He never texted me then, so I assumed he had forgotten and didn’t text him either. It took him a while to recover and eventually get his phone to apologize and inform me of what had happened.

A couple of days later, he asked me to meet him again. I politely refused. It took him a while to convince me, of course by now, I could safely say, he was my best friend. So it didn’t take him long to convince me to set up another meeting.

When we finally met, I arrived a bit late and he was standing near his bike, his back facing me. I went over and said hello. He had a weird expression on his face like he was worried about something.

It was a pleasant evening and he even took me for a ride on his bike and gifted me a teddy bear. He was a charming man, a true gentleman; everything from his thoughts to his behaviour, his small touches and words made me fall for him.

He used to keep telling me that I was beautiful, that I was hot, that I had the sexiest lips in the world and son on. And soon, he began showing signs that I belonged only to him. Soon, if I didn’t text him all day, or call him, he would scold me and ask me where I had been all day. He told me that he missed me and that’s why he was asking. He kept treating me like his girlfriend but would always call me his best friend. One day though, he began asking me to kiss him, as a friend of course. I thought this was unusual. At first, I ignored this, I thought he was just teasing me with this behaviour.

One day, he invited me over to his house and when I was surprised! He had put chocolates out for me on the stairs. No one had treated me like this before and once the tour of his house was over. He put on some music and we danced to some lovely romantic songs. When he held me close, I didn’t mind. He kept asking me if it was alright, I said yes.

He then began holding me tighter and kissed my forehead. He asked me if was alright, I said yes again.

Soon, he kept asking me if he could kiss me, properly. I kept saying no and when he reached out to touch my lips, my head turned instinctively.

Somewhere, I knew I was enjoying the feeling of being held by him, that he was definitely more than a friend for me, in my head, but we hadn’t spoken about anything apart from this and since he wasn’t my boyfriend, I didn’t want him to kiss me.

As days passed, we kept on chatting, even during my exams and eventually, he insisted that I meet his family too. Everything was going fine, until one day, he told me that he didn’t believe in love, at all; and that in no way was he ever going to change his mind about it.

I began questioning myself, about why I was doing what I was with him. It hurt me to hear him go on and on about how he didn’t believe in love and so on. I didn’t have anyone to share my feelings with and often I wondered, why would he want to kiss me, if we were just friends?

I’m clueless and I’m not sure how to handle this now; I can’t lose my best friend but I don’t know if that’s just all that I want from him. What kind of a friendship is this?

Share this story, because it's tough when people misuse the trust and relationship that comes with the title of being a 'best friend'.