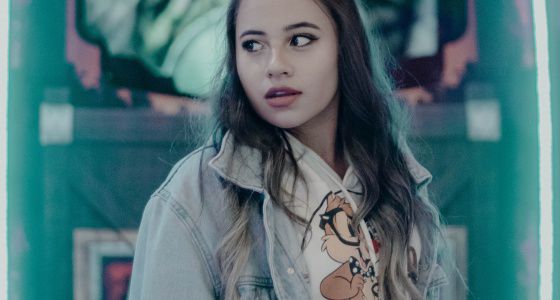 Don’t freak out, I am not here to snatch your guy. Only you deserve him for your platter of toadstools. I just kinda realized that I am allergic to them.

So what's the moment? Nothing special, just titbits of an interesting story that can your spice your life a bit. It's already spicy enough, though.

On September 8, 2017, I joined a dating app, where I came across your everlasting love. I am not a girl who goes for casual flings, so after almost 20 days of round the clock flirting, I agreed to meet him.

2-3 dates into it and the love of your life proclaimed that he harboured strong feelings for me. Luckily for him, my stupid heart jumped into whimsical dreams. Later, I realized it was all just a ruse to get me into his bed maybe or just that he got bored of you or something.

Some gifts, some flowers here and there, oh no they didn’t make much of a mark, it was mostly the well practised under-the-belt lines just in the right amounts of cheese to make me hungry for more.

So here it went, dating through the month of October, taking things forward emotionally and physically. Ah! you must be feeling out of place, worry not, he did introduce you as his childhood friend who asserted her one-sided affections on him.

He basically described you a little short of a pain in the a**. On asking why wouldn’t he introduce me, his so-called girlfriend to you, his best friend, he came up with the old age analogy of jealousy and my stupid head bought it because I've seen it happening before. We continued video calls and phone calls throughout the month for the days I was back at home.

I came back on 4th of November and he was supposed to receive me, he did n’t. He couldn’t make it but he made up for it the next three times we met. His lines always ended with how he couldn’t get enough of me and how he always wanted more time. The same hands that must have consoled you when you cried, held me, making me feel special, like a miracle in his life. And then let's get down to the D-day.

9th of December, we were making up for the shortage of time we had got with each other when you called and he lied to you about being at college and being engaged. On my investigation, obviously, he was prepared with his answers. I must say you got a sharp-minded guy. So he very politely explained how you would feel bad that he was with me and he didn’t want to hurt you, and he just wanted some quality time with me. I bought it again, but if only I hadn't.

So after 4-5 hours of making out, he wanted to go watch the sunrise and I went along to humour him because after all, he did a lot for me, and the least I could do was humour him.
And then along the way, we met you.

You seemed upset at seeing us and obviously, he followed you out, and I, like the understanding girlfriend that I was, I kept out of two friends' business. I thought you guys were fighting because you were angry about his lie. I was waiting for him to introduce me to you and he never did. Something seemed wrong and then he handled it again with his manipulating skills asking me to leave, promising a call later because, for the moment, he had to handle you as you needed him the most then- a girl in depression, as quoted.

And believing his words again, I left, only later to be informed by your friend how you had been his girlfriend for the past 7 years, how he had cheated a few weeks back and how easily you had taken him back believing it to be a mistake.

Now I realized what he meant by all those dialogues of- "you are too good, too innocent".

The next day I was blocked on all the social networking sites, it was a real heartbreak that the guy in whose arms I had spent the entire night, who had just emphasized a few hours back how he would treat me like his princess deserved to be treated, turned out to be a real moron.

The entire story was clear, a guy who had a permanent girlfriend and god knows for what reason, loved playing around with other girls as if they were toys he could break midway as he journeyed through. What adds to the shame is the fact that he was an army officer, spoiling the name of the entire crowd by his mortifying action.

In fact, I am still short of adjectives to describe his doing. And then you took him back, after all he put you through. An action plausible to many and me, it's not easy to love a guy who cheated on you, knowing those are the same eyes that made women other than you feel special, knowing those are the same hands that had unwrapped other beauties, knowing it is the same mouth that devoured me while it preached its loyalty to you.

I know you look forward to marrying him someday and the thought of just how he would want his 'princess' to be treated makes me anxious for the child's sake. But again, I understand you love him and nothing stands to be as important as him.

And so the choice you have made, makes you completely worthy of him because just the thought of what you make him capable of by being so capable yourself is indigestible to me.

So have a happy life dear, putting up to any other sequence later in life, for you totally deserve it. You had your choice to leave him the day he cheated on you for the first time, but you decided against it just like those sati saavitri women who worship their husbands no matter what they do.

Maybe if you had followed the dictum of self-love, he wouldn’t have bothered to play with my emotions, my feelings. But who am I, I am the face of so many girls you are going to put through pain since you can't put a leash your man.

So yes I was too good, too innocent and now I am too smart for your guy, now I adorn a heart too strong to break.

Just the thought of looking into his face disgusts me, but I am happy for you, he is all yours to keep and cherish, girl.

He put me through the worst kinda of insomnia and I fear for all those pure souls who would suffer for your cowardice. Just remember my words, the stars always know, and life has a way of reflecting what you throw in sooner or later.

Please share this story because there are too many young men with raging hormones out there who make life difficult for the ones who are capable of true love. Women want to fall for the nice guys for sure, but only if the bad boys stop pretending first.

Also Found in Relationships , Boyfriend , Cheating , break-up , the other woman .

DIRTY PICTURE
BAKKAR. CHAI. SUTTA
The Golden Bird
YOUR STORY
LET'S FACE IT
LIFE IN THE TIMES OF CORONA