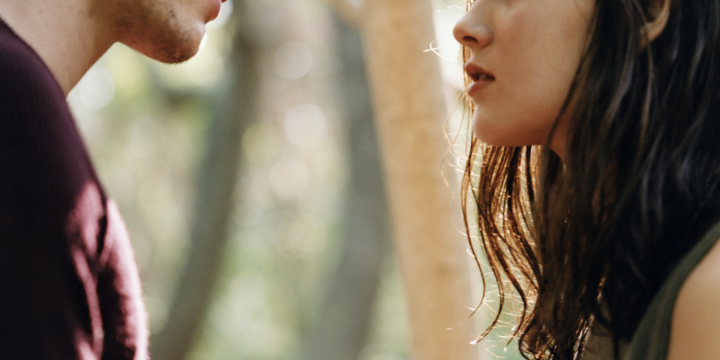 Office romance is a regular norm and I am no exception. While love generally blooms between peers, I took a gigantic leap and fell in love with my boss. He was a huge crush from Day 1 and my antics made me popular among my team members who teased me taking his name. Honestly, I loved all the teasing.

He was unaware of this because for him I was just an employee, a dedicated one.

An opportunity to work in another team came my way and I took it up. On the last day of work with the current batch, he came up and said, “Keep in touch, we are friends." I was elated and sent him a friend request on Facebook that very night. It was through the social site I got to know that he was a distant relative. Nevertheless, our chats gave way to exchange of numbers, connecting via Whatsapp and calls.

Well, it was me who made the first move and I told him about my mad crush on him to which he replied, “Kiddo (as he calls me), I owe you a date”. One outing led to another and soon we were around the city, hand in hand. I stayed alone so it was but easy for me to hangout late or call him over to my place.

One evening after a ride when he asked me for tea, I called him over. At times, I regret that moment of acceptance or invite. We gossiped over tea and smoke and the environment brought us close into an intimate relationship. Though I knew he was dating someone, I couldn’t hold back my feelings and let him lead my soul. Deep within, my conscience knew, I had always wished for this.

That incident led to many others with us meeting every second day, making love. It was Valentine’s eve when I revealed my feelings to him to which he had a cold response. He instead, spoke about his marriage and that it was too late to begin.

My heart sunk but I pacified myself with the thought that the formal ceremony was yet to commence and there was still hope for me. We did make love that day as my feelings had overpowered my sense of judgement by then. He’s irresistible as his presence makes me feel happy while his touch makes me feel wanted.

On Valentine’s Day, I was left alone with a picture of him with his fiancé. I was shattered and tried to hurt myself to divert my mind from the pain within. I cried for days, going without food or any social connect. We didn’t meet for three days and I ended up hurting myself again on the fourth. A friend, who knew about me and the trauma I was going through, conveyed my situation to him.

We met, went on a ride and he took me over facts in our society and why he couldn’t go against his parents. This was his second marriage, the first being a love alliance that got over within two years.

Though I understood it was difficult for me to accept and all I could say to him was to drop me home. He left as I ran home, sobbing and cursing myself for getting into this. Suddenly, the doorbell rang and as I collected myself to get to it, I see him in front. My tears had brought him back and the night saw us in each other’s arms.

Irony is, I woke up to a morning that saw him being engaged to his girl. I was left speechless. Few days later, we planned a trip to Agra and it was nothing short of amazing, packed with crazy rides and unbounded love. I knew he loved me and wished to be with me but for his family, things could have been worked out.

I tried all means to refrain from getting into any thoughts about him but I guess the feeling is just too strong. He is all set to tie the nuptial bond with the girl his parents want him to be with but his heart lies with me, at least that’s what he says.

I sense his honesty in his last words, “I will be forced to lead two lives; one with you and the other with her. But you mean a lot more than my wife”.

Thoughts on what we are, precisely me, heading to haunt me often. He is deceiving his wife but he isn’t happy with her either; his visit to my place a day prior to his marriage and passionate advances towards me says it all. I know I should drift away from him but his presence weakens my toughest determination.

I’m clueless of what the future has in store and the worst is I can’t share the agony with anyone.