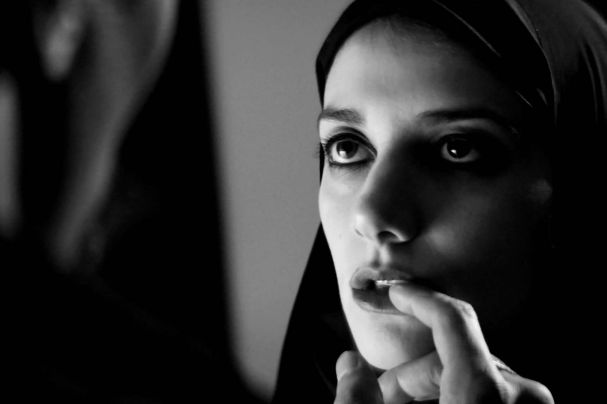 I really don’t know where to begin but there is just a lot to say. I’m an Indian girl who belongs to a very orthodox Muslim family and I’m bisexual.

Now, for many Indians this is usually a big deal. Most of the Indians are straight moreover no one has ever dared opening up their sexuality because of the mindset that we are born and brought up with. I believe in love at first sight.

I have been in love not once or twice but thrice and the third time it was a girl. Every time I fell in love it just didn’t work out. Either they cheated on me or I didn't get to be with them.

I met her for the first time on 18th of November 2015, she instantly grabbed my attention by her cute smile. I didn’t know that I was bi my whole life until I met her and fell for her. I met her for the second time on a Thursday, she is the prettiest woman I've ever met in my entire life. She is just perfect. I couldn’t take my eyes off her when I saw her passing by. I was with my guy friend and he noticed how much I was drawn towards her.

He raised a question “Are you sure you're straight?”

I replied “Yes? I am. What happened?”

He said raising both his eyebrows, “Because of the way you were looking at her, the girl you were checking out is probably not straight, she looks like a tomboy so she might probably be bi or gay.”

I replied "Don’t judge a book by its cover, you don’t even know her."

He said, "I kind of do." I didn’t ask any other question and quickly changed the topic. I figured out that she was going to my university (Middlesex university, Dubai) because I often saw her beautiful face around, she is extremely gorgeous.

I got busy with my exams later and I got busy. On 30th of March 2016 after my exams I decided to meet my cousin who is also my childhood best friend in WTC Dubai where Gitex was happening for three days. I was looking for Gate no. 3 at WTC Mall and the sun was scorching hot, I almost bathed in sweat that day.

I looked around for someone to help me out and I saw HER, I could feel the butterflies in my tummy. She was working at Gitex so I approached her to help me out. I didn’t want to end the conversation because talking to someone felt amazing to me after a really long time.

I thought what I felt was just girl crush thing but I could feel something more than that. I told her that she was very pretty and asked a few basic questions about her. She didn’t go to my university but she studied in UOWD, which is next to mine. Maybe I creeped her out the first time itself but whatever it is, I really liked her attitude and her face was even more attractive from closer.

After meeting my cousin, I ran outside Gitex just so I could meet her once again before I left. I walked towards her where she was sitting on a bench due to the scorching heat, I called out “young lady” from behind, she smiled (best thing in the world). We talked for a few minutes and I left.

I started suspecting my sexuality because of my attraction towards her. It was a huge deal for me to accept the fact that I am Bi because of the community I belong to. I thought I was pansexual or gay but then eventually I realized that I was bi and I accepted myself the way I am.

“This isn’t happening, God please don’t do this to me,” I said to myself. “What are you talking about?” said my cousin who heard me panicking. I explained everything to her, she laughed at me and said “Why does it look like you like her? Listen, it’s not a big deal. Just accept it or confess it.” And she went on and on and on. YES love at first sight again, WITH a girl though. It was more about falling for someone I didn’t even know but come on. This is love at first sight.

This is my problem, once I’m in love with someone I’m blinded by it and it takes ages to get over it. I was counting down hours for the next day because I wanted to meet her again at WTC, however, I didn’t want to be honest with her as I knew it would creep her out. On Wednesday, I went there with my friend who wanted to meet her boyfriend and I cooked up stories. I told her that I wanted to meet my guy too (when actually there was no guy). At once I met Stace, I decided to stay with her and speak with her while my friend left with her boyfriend. The 20 minutes I spent with her were the best 20 minutes of my life.

I liked her, whole heartedly.

I decided to be honest with her and told her that I was attracted to her, she didn’t make a big deal out of it and said that I was not a problem. On my way back home I felt partially good and partially bad. A part of me wanted to be with her for the rest of the day but I had good control. My cousin helped me find her mobile number and social media accounts.

I didn’t want to follow her everywhere because I knew it would make me look desperate. I didn’t meet her after Wednesday for a week. Every day I would long to go to University and look for her. As day passed my feelings for her grew even stronger, to a level where I lost control, yet I didn’t speak to her even though I looked around my University for her everyday.

I was in love with her. I knew she wasn’t my cup of tea. That’s when my cousin did a really stupid thing. She wrote something about Stace on my blog, I don’t know if she read it but I deleted it as soon as I saw it. It took me a lot of courage to follow her on social media, what she did surprised me. I don’t know why she did that.

At once I followed her on Instagram, she blocked me. She blocked me everywhere she possibly could. I don’t know why. I still don’t know. I didn't confront her about this, it’s been almost a year since I haven’t spoken with her yet she crosses my mind at least twice a day. I see her around always. Her face haunts me even now. I knew that she didn’t like me, or maybe she felt weird.

I want to take this opportunity to apologise to her. If she is reading this or if someone who knows her is reading this. I tried hard to get over her. I went on a lot of dates, dated a few girls but nothing really worked. I could never like anyone the way I liked her, I could never feel for anyone the way I felt for her. Finally, I met another girl but she was her friend!

All I want to tell everyone is that never fall in love with someone with who you can never be with. Have you heard of the word unrequited love? It hurts, it hurts even more than you think, yes you don’t need someone’s permission to love him/her but it’s about YOU, you don’t need to get hurt. There is 'the one' out there who is meant to be yours. I wouldn’t want anyone to feel the way I felt. I’m still not over her. Even if you love someone then please take the opportunity to confess your feelings or give it a shot. You never know, it might work out or it might not. Whatever and wherever it takes you, just be strong. Have the strength to overcome any obstacles in your life. Life is not easy, play it smart!