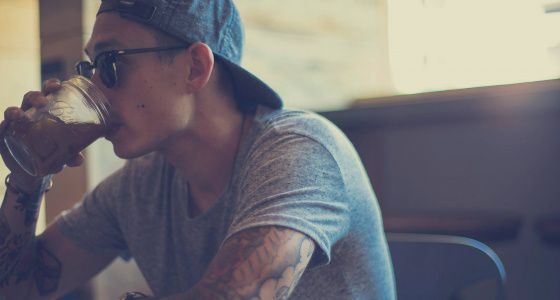 Everything seemed like a fairy tale in the beginning of our relationship. I had a crush on a guy and after a few days, I found out that too had a crush on me and then he asked me out. What more could a girl ask for? Within just a month, we became way too close and he started telling me about his physical desires. I wanted it to happen too but I felt it was too soon to get into that zone. A few days after we spoke about this, I noticed a change in his behavior towards me and he said to me that his desires are increasing by the day and because he knows I am not the kind of girl that would give in, he wants to be with someone more like him, someone who would meet his needs, and he broke up with me. We worked in the same office and it was hard for me to face him every day. A month passed and he apologized. He asked me to get back together as it was very hard for him to stay away from me.

Soon after, we got close physically as well as emotionally. At least I was thinking this when yet again things turned bitter between us as his ex tried to get back with him.

After some time passed, I resigned and joined a different organization. Soon after, things got smoother between us once again and when we started dating, he asked me to meet his college friends.

When I met them, they were only warning me of one thing: "keep an eye on him, you don’t know what he did in college," they said. But I was aware of his past so it didn’t bother me much.

I was having some complications in my professional life that made me move to a different city and then for a year and half, we had a long-distance relationship. Somewhere down the line, both of us were content as things became more stable between us. The long distance relationship, I felt, helped us bring more of an understanding between us. He then moved to the same city as mine for his higher education. We moved in together and I thought this will give us more time to spend with each other. Almost for a whole year, things were going good between us.

We met each other’s families and spoke to them for marriage. Soon, our fathers were going to set our marriage date. Then one day I stumbled upon his phone and it had a girl's pictures on it.

When I asked him, he seemed scared which made me sure that something was fishy. When I forced him to spill what was going on, he told me that he used to talk to this girl and was kind of attracted to her. I then spoke with that girl and she didn’t tell me the truth but claimed it was all her fault.

I came to know later that she had lied - both of them were equally involved and used to talk dirty stuff. Little did I know that even then I was only aware of half the truth.

I told his parents as well as mine everything and his parents took him back to his native place where he told them that I was a psycho and I forced him to stay with me for four years. All this time, he was in touch with that other girl from his college and had asked her to not disclose the entire truth in front of me. Few days passed and I broke down emotionally. I called her and she told me the truth: that it all started eight months back and he gave his college friends the image that I was a psycho - obsessive in love, and it killed me from inside.

For almost one year, he was two timing me and was playing it so well.

It has been a month now I haven’t seen him as he is in his native place and he still hasn’t sent even a halfhearted apology to me but he is still in touch with the other girl. I am now certain that not even once were his feelings towards me genuine during all these four years. How could he demean our four-year-old relationship for a connection of mere eight months?

I still wonder if a guy like him was meant to be trusted.