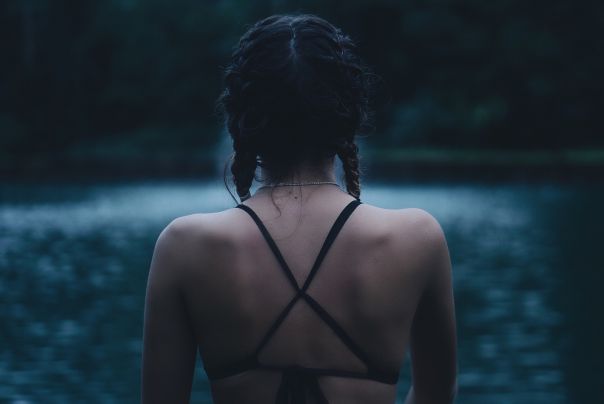 I belong to a not so typical Indian family. My father never went out to work and neither was my mother a stay at home mom who took care of the kids. Ours was the most unconventional, unorthodox family that I had the misfortune of being born in.

My dad’s first wife lived with him for 13 years. He then married my mom because he didn’t have any kids from his first marriage. His father and elder brother pressurized him to marry my mom.

My maternal grandfather was an alcoholic who gambled away half his property. He then married off my mom to the first man who was interested in her. He did not bother to check my father’s background. So it was only after my parents got married and my dad took my mom to his village that she found out that he was already married.

His wife somehow got to know that my dad was bringing his new bride to their village. So she was determined to kill my mom. My father and the other members of his family hid my mother for weeks and allowed my mom to stay in their house until my step-mother's temper cooled down.

This is what my dad told my mom when she was pregnant. He said, “You need to leave this house after you give birth to my son. After that, we will take care of him." My mom panicked and told my nanaji about it. But he refused to help her saying that she had to make her husband’s house her home now. My mother was cornered and took to God. She did bear my father children but did not give him a son. She had three beautiful daughters and I am the youngest of them all. My father’s first wife then started threatening her. She said that she was going to kill all the three of us. So my mom asked my dad for the last time if he wanted his first wife or his children and my mother.

My father took only that one decision and responsibility in his whole life. He moved to the city with my mom and the three of us.

My father has never worked for a single day in his life. He was always at home 24x7. It was our mom who had to sell dad’s properties to pay our school fees and other bills.

I was in 7th standard when my dad first sexually molested me.

He would ask me if I wanted any chocolates or if I wanted to go out with my friends to play. My mother would never allow us to go outside after school hours because she was scared that we would become non- sanskaari girls. So she asked us to stay inside our house all the time. I believed that my father was being lenient only towards me. I never thought that the man whom I thought of as a superhero would turn out to be a monster instead. It was at this time that I also realized that he was not normal. He was psychotic.

I changed completely as a person when he abused me like that. I suddenly stopped smiling. I was no longer happy about anything. The pain was eating me from inside and I started having catatonic episodes. I would just sit for hours without speaking or doing anything. I could not gather the courage to tell anyone about what he was doing to me.

My father kept doing this to me till I was in the 10th standard. I even failed in my 9th standard because I could not focus on my studies. I quickly changed from a bright student to a below average student.

I was embarrassed to face my friends when I had to repeat classes. But I fought with my mother who somehow managed to pay some donation in another school so that I did not have to repeat my classes again.

After that, I resolved to leave our house quickly. School ended soon enough and it was time for me to start my graduation. I became the topper of my class again.

I made sure that my father never laid a hand on me again.

It was only when I was in college that my eldest sister told me that our father had molested her too. One day there was a huge fight in our house. That day I yelled at my mom and asked her how she could leave us alone at home with a monster like him.

My monster father had molested all his three daughters. Now my resolve to get out of that hell house became even stronger. I was the topper of my class when I finished my graduation too after which I left home.

I hate my father and my mother equally now. Not once did my mother ask any of us if we were happy.

She suffers from bipolar disorder. Unfortunately both my parents are abnormal. They should not even be parents in the first place.

I think they are just two extremely selfish people who are living together.

My dad is a sex addict and my mom – well I don’t know the kind of woman she was before she married my dad – but I do know that she is not the same woman today. She is one of the most dominating and controlling women I have ever seen. She always asks us to cover our heads and pray to God. She believes in making false promises and thinks that if we just sit at home and keep praying to God blindly he will keep sending us money. Sometimes I think she is a mad woman. And both of them are crazy hypocrites too.

They judge and criticize other people and think that they are very religious people. They truly deserve each other.

I am 26 today. I work in an MNC. I am living away from my house for the last 5 years. Every day I motivate myself to go to work.

I am not a very strong person but I know for sure that I am not weak either. I think our life is in our hands.  I did not have the freedom to leave home. But I fought and God knows how hard I fought for it.

Even after enduring all this, I still believe in the goodness of people. I am still waiting for my first love. I believe that the person I fall in love with will make me forget my past so that it looks like nothing to me.

I got the courage to write my story after I read so many heart-wrenching stories here. I hope my story encourages someone else to speak up too. I want them to know that the world is not all black. There are and always will be beautiful shades of grey too.

Good/bad things happen to bad/good people. That is a part of all our lives. Instead of wallowing in self-pity lets learn to fight for or do something we believe in. Let's learn not to buckle under the toughest of situations from this strong girl. Let's learn to draw a line to our past and march ahead with total faith in ourselves. Let's share this story because we all have the ability to create a life of our choice. Always.