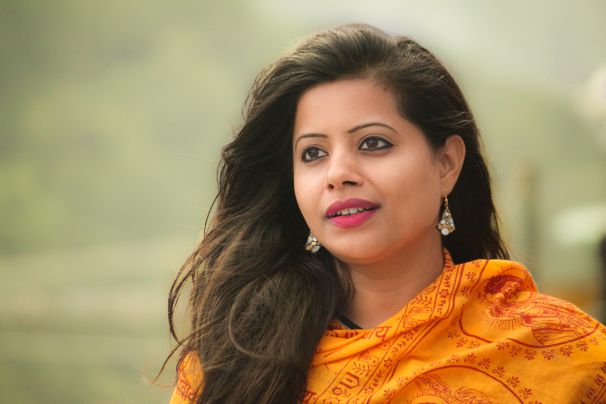 I had always considered sex as a taboo. It was something that I had to stay miles away from. My mind was supposed to stay pure just like my body.

I had been fed with this concept of saving myself for marriage and how precious my virginity was. And being the obedient girl that I was, I complied. I vowed to keep myself away from any kind of sexual pleasure or even the thought of it.

And then I fell in love with this lovely guy. He was aware of me being wary of physical proximity. He demanded nothing but pure love. He didn’t touch my body. He engulfed my soul!

But every time he tried to come close to me, even for a goodbye hug or to hold my hand, I felt disgusted. Along with that, I felt guilty of depriving the love of my life the most basic pleasures of a relationship.

Let alone sex, I hadn’t even kissed him for the first six months of our relationship. Until his job demanded that he moved to another city. I don’t know what came over me on the parting day. I leaned forward and gave him a peck on his cheeks.

He left and we started with the routine of never ending calls and Skype sessions. And as they say, distance makes the heart grow fonder.

I suddenly developed the urge to touch him, rest my head on his chest, and feel his warm breath. In a sudden fit of hormonal rush, I expressed these feelings to him. He, of course was way too happy and excited and one thing led to another. We had the ‘dirty talk.’

I woke up the next day with a deep sense of guilt and cried for hours. I incessantly apologized for my indecent behavior. I decided that I would never allow such feelings to overtake me again.

Hardly two days passed and I found myself doing the same thing. I was listening to how he would touch me and pleasure me. Next morning, I cried again and cursed myself for being so ‘dirty.’ And the cycle continued for months. He came to visit me two months later.

When it was night, I was not able to resist his affectionate touches and warm hugs. We made love. I have never felt any guilt since then. Sex has been the most liberating thing in my life. And to be honest, I even enjoyed those conversations with him. It never felt wrong or dirty. It was just that I wasn’t able to convince my mind and let go of my inhibitions.

And now that I have done so, I can vouch for sex being one of the best pleasures of life. I enjoy it to the core.

It makes me no less pure at heart or no less of a good girl. I still feel I am a girl who wants to stay true to her values and principles. But I don’t deprive myself of the most wonderful and expressive way of telling my guy how much I love him.

Breaking free from inhibitions is tough but very liberating!

Share this story if you think love thrives when it is freely expressed.