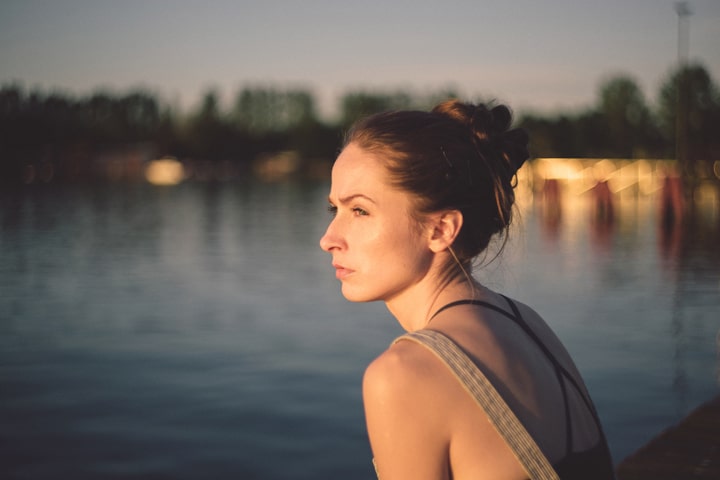 I never believed in 'Forever is always'.

The day was filled with excitement, thriller, nervousness and more. My first day at work which required two hours of travel from Delhi to Gurgaon was filled with thriller. Not much aware of the routes and to be punctual atleast on the first day, I left my place at 7am in the chilly winters. Reaching office before time by paying double the amount to the autowala who I believe was aware that I was new to the place, I waited for someone to be at work to assist me in settling down.

As the clock ticked 9.45am, everyone in office started to come in and there he was the third one to enter in a rush of being late, as we were introduced, we exchanged smiles and the eye contact was constant.

That's when the story started, we started going back home in a metro, the evening affair soon started to make us come together in the morning too. Everybody in office got a hint that we enjoyed each other's company a lot and we soon agreed to this when he proposed me during our first official trip to Jaipur on Valentine's Day. We agreed to know each other more, decide on how we should proceed and if all goes well, we planned to disclose this to our respective parents and get married.

These three months were magical, being together for good eleven hours and then once back home the night chats were never ending with those wake up calls to meet at the metro station on time.

Destiny had something else planned or shall I say he was a spineless man who couldn't stand by his statement. He went to his home for holi and told his parents about me, their reaction was shocking and he was asked to leave home. The reason was he was a manglik and I wasn't. Not that surprising for us because we knew this already but everytime we discussed about this, his words 'darling, I'll manage everything' would take over everything.

He told me what happened back home, how his parents reacted and how disappointed he was to let down his parents as he had always been a good son. He decided to move but we still tried to fix things, soon we headed for another trip to Jaipur and had a great time. On the last day, when we spoke about how and why we were doing this knowing it was difficult, he held my hand and said his parents had looked for a girl and had asked him to meet her but yes he swore on me and said he will say 'no' to her.

The day he was leaving for home, we went and he disclosed he was getting engaged after two days and his parents were forcing him, there on we didn't speak for quite a few months. But something else was in store during my official trip to Goa back in September, we started to chat again, we became really good friends and closer than ever before.

We had our official Goa trips together, worked hard and partied crazier and we knew everything about what was going on but no commitment as he was getting married in a few months.

Back in November, it became our routine to visit CP every alternate evening and be at Route 04, have a few drinks and discuss with each other the way forward but guess we were just trying to avoid to walk on different paths.

One month left to his wedding, I got all his shopping done, gave him a surprise taking him out to the best place in Delhi and ending it there before he started his new journey. Soon after he left for his wedding, he sent me long messages on how these months were important to him, how important I was to him and how he would miss and would want me 'forever'. I knew this would head nowhere but the surprise was when he called me from his honeymoon to inquire how I was doing and made me speak to his wife.

He came back from his wedding and his wife was still at his parents' place because for her job. The same day he joined me at a function at my place with other colleagues. Seeing him after a month, we were excited, elated and didn't know how to react. When I came back to office, it was good to see him, we started interacting again, shared the same camaraderie as before. Soon he informed that his wife was visiting him for good 15 days and things came to a halt, my birthday was ruined, his attention was diverted, I was not important and when I confronted, he started crying and said he was not happy and he missed me.

We got back again, our evening affairs continued but soon I started to realise how we didn't love each other and were just addicted to each other's company. How he was not loyal to his wife and I was the root cause. Soon when I started to question him, I realised he had lied to me so many times, how we were just friends with benefits and how we can never be together. It's been more than 3 months now since I spoke with him, we are still in the same office, see each other everyday, the flashbacks occur but we have to move on. I just can't let him be with me as per his convenience and that let him play with two hearts. Everyday when I see him sitting opposite my work station, all I feel is forever is not always.

Today. I am happy to move on though I miss him but I would never want him back ever.