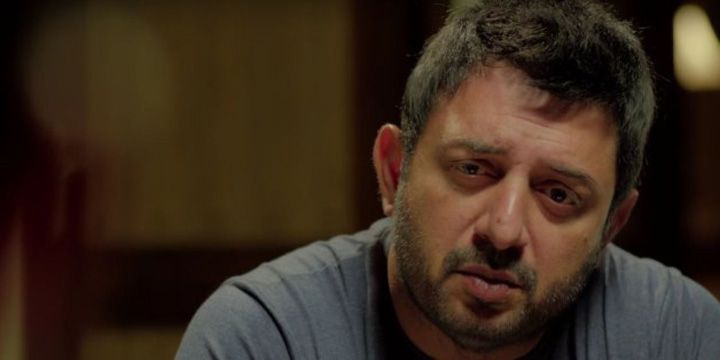 This is a story about a girl called Nu from Mumbai. This is for every woman to not blindly trust anyone who can be available 24/7 and for every man so that they stop using girls for fun, finance and leisure. It began 3 years ago in March.

A stranger sent me messages on Facebook. But I saw we had a gentleman as our mutual friend whom I trusted blindly. This gentleman was my friend who had done a few photo shoots for me. Impressed by my pictures, stranger started conversing every day. I replied to him once a day or in two days. He knew my birthday too which was in a couple of days. I asked him personal details about his family members, where he stayed and his relationship status. He joked saying nobody wanted him and that he did not look old enough to be married.

Messages went over to calls. Calls till 4 A.M. till I put him to sleep talking sweet things. His mornings used to begin by calling me. He never missed the morning call. I did not inquire from anyone about him nor dived deep into his Facebook profile. I trusted him as he stayed 5 minutes away from my house and was totally available for me. He had his business in same locality.

One day I was checking his Facebook profile and was shocked to see images with a girl. I felt jealous reading comments on his profile. I was shocked and felt numb. I could feel the wrath inside of me. The comments were, ‘Best jodi’,’ looking great together’, etc. I called up our mutual friend to ask about this stranger named Mr. A.

To my horror, Mr. A had been in a relationship for 10 years now and got engaged in last November and was going to get married in the following November. It was April. I couldn't believe what my friend told me. Somebody who was available for me all the time was engaged and getting married soon.

I confronted him about the images and comments but he said that he will tell me when we meet. I couldn’t sleep for two nights until we met. He held me and told he loved me a lot and that what I heard was true. He said he couldn’t leave his fiancé because since 10 years families had bonded well. I was heartbroken. I started ignoring his calls and messages. But my heart couldn't leave him.

He was still making me fall for him by being caring, protective and picking me up from work by surprise. I threw a tantrum when he used to meet his fiancé. I knew I was wrong but my heart couldn't stop me.

In October he started distancing himself from me and was busy in wedding preparations slated for November, which was going to be away from Mumbai. He started telling me to move on and find another partner for myself. I was heartbroken. He said all this to be safe now. We had good times and bad times too. Good times in the form of shopping, movies and dining all to be sponsored by me and bad times in the form of abuse; verbal and physical. Verbal abuse because I had contact with my male friends and physical abuse for not attending calls.

I was left with bruises and he begged often to forgive and kept giving me attention that made me melt again. I sought help of a counselor to get my mind out of this mess but she did transactional analysis and said that I shouldn’t inform his fiancé as she must have known about his habit of being a womanizer. I was madly in love with him, so much so that I got tattoo inked on my wrist, a tattoo of the nickname he had given me. He was shocked that I did it.

He felt good but seemed sad, maybe because he was guilty deep inside.

Time went by and he left for his wedding after meeting me. It was a grand wedding as the expenses were entirely taken care of by the bride’s family. By this time he had already taken Rs. 80,000 from me in the name of business, saying he would return it soon. His room was renovated. He promised me to meet me after his honeymoon.

I started making new friends as I wanted to move on. But Mr. A surprised me by coming to Mumbai for two days before going for his honeymoon. He met me and showed me pictures of his wedding. The bride was beautiful indeed. He said he showed me the pictures so that I didn't get hurt seeing somewhere else later. I cried a lot and wanted to leave him and our relationship behind. He promised to call me every day from his honeymoon of 10 days. He called me at odd hours as he was abroad.

Time went by. We were in touch. However, during our fights he verbally abused me a lot. He used my credit card and bought a phone for which I’m still paying the EMI. I decided it's high time and I needed to break up and move on as things were getting worse as he had physically attacked me near my home. He slapped, kicked and spat on me. Reason? I was riding my bike and did not attend his calls and behind me was my female friend as a pillion whom he hated. Days passed, I was healing and kept crying. He never apologised. He wanted to get back. I did not let him.

So many times I let him abuse me, use me financially and physically. But I became headstrong and did not give attention to him anymore. It's been 9 months now that we parted away. I called one of the best tarot card readers and I was shocked to know his details.  Many other things she shared were shocking. He had done the same with many girls earlier and was earning through wrong means as well. That helped me get stronger and get him out of my mind.

Mr. A couldn't believe that I was away from him for 3 months with no contact. He stalked me on WhatsApp and Facebook regularly. He called me in December, February and in May with a gap of so many months. He said I looked happy in my life without him and that he stalks me even though I hadn't blocked his number.

I am strong mentally to not let him take over my life after I met with an accident that injured me and I had to undergo a surgery. He had called that morning to argue with me and label me as a woman with bad character. The last good and bad thing he did was that he rescued me from an accident and took me to a hospital. I was lying on the stretcher and he checked my phone and asked for my details about my contacts later. I was just in contact with two-three of my male friends and he couldn't take it.

I got to know that he dated three girls at a time and yes, his wife caught him over messages and call history. But he surely has got the message that I’m fine without his ruling power over me.

I am very happy now and hope to find my man soon to settle in life. I will not remove the tattoo as it has got scar of stitches too that reminds me that I have been a strong woman.