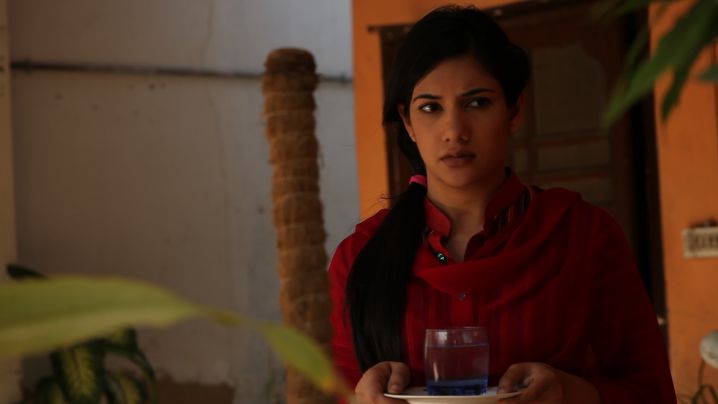 I have everything. But I don’t have him! I am still struggling with the fact that life will never be the same again. I have a career I am thankful for, a loving family, a fiancé (whom I chose to marry), and few but great friends. But I don't have him! The one I had believed was my soulmate for 9 long years.

It has been over 7 years since that series of incidents destroyed my life – I am still shocked by the memories.

With time, I am growing older but the wounds are getting deeper. We met online in 2003 – I was in high school at the time and he was in engineering college. Even though our hometown was the same, we were currently living in cities separated by a 4 hour flight. He was 3 years older than me.

In the initial days of our friendship, he was more like a mentor to me. It was so genuine – no romantic feelings. He helped me deal with my fears of passing out of high school and he was there to guide me on my career options. After a few weeks of chatting online, he gave me his number and told me that I could call him if I needed anything. Few weeks later, I finally called him.

It was the beginning of a beautiful relationship and at the same time, the biggest mistake of my life.

We had started talking to each other on the phone all the time. He started calling me his lucky charm - giving me the credit for all the good things that had started happening in his life. Like when he got a great job right out of college. I remember him calling me from outside the interview room and telling me that he needed my voice to give him strength and luck. Such was the joy of talking to each other!

One day he sent me a message that he had started developing feelings for me. I reciprocated positively and slowly love blossomed between us. We hadn’t seen each other, not even on video chats. I had a picture in my mind and I loved him unconditionally. Then as if God wanted us to be together we ended up in the same city!

After finishing high school, I had decided to move to another city for graduation. At the same time, his company transferred him to the same city. I remember the day we were to meet for the first time. I was worried if I would recognise him and whether he would like me in person. But it went well and we met like we were meeting for the 1000th time - it came to us so naturally!

I took admission in a good university for graduation. Soon after, he quit his job and joined the same university to pursue his Masters Degree. We were together all the time. We were in love, irrevocably and inseparably.

8 years passed, we went through our share of thick and thin, highs and lows. We made great friends. Our siblings were introduced to each other, we had jobs and we were making our lives. Now it was time for us to settle down. We needed to get approval from our parents, especially since we belonged to different sects. Though it was not a very big deal, some persuasion would was needed.

I didn't want to do anything that didn't have the blessings of our parents. I confided in my mother, and she stood by me. We knew that convincing my father would take more effort. Add to that, he lived and worked in Dubai and we saw him only once or twice in a year for a few days. The communication gap was considerable! We decided that I should live with my father and talk to him face-to-face no matter how long it took. I had thought that my persistence would conquer his heart, so I moved to Dubai with an aim to persuade him.

Little did I know that in less than 2 months of my moving, I would be replaced.

I returned to India for a month long vacation after 6 months and was excited to see him. But when I met him, I saw a different man. He was frustrated. He was angry with me (or himself) all the time! One day when we were together, he left his phone with me and it received a text – it was "her". It brought down a huge meteorite on my existence. I called back on the number and she told me that they were dating for the past 4 months! The affair had started on my birthday! And me? Yes, she knew me. She knew me as his "best friend".

I was devastated. I was at his house, in his bed, less than 7 minutes after our time together. I didn't have the strength to get up, and I didn't have the courage to stay there for another second. I stumbled out of the house before he could find out. The "other" girl said that she would meet me at the nearest joint and I went straight to "look" at her. Was she pretty? Rich? Fashionable? Did she have bigger boobs or a better ass? By the time I reached there and found her, I was numb. I saw a beautiful young chirpy child, 4 or 5 years younger than me. I stumbled; she held me and made me sit.

She told me everything - how they were planning to get married, how they had been on so many vacations to different places, and how they were in love.

She even spoke to me about how I should not "confuse our friendship for love". For God's sake, she was from a different religion! I didn't cry, just started shaking badly. She couldn't handle me and called him. He didn't come. She left me alone outside a mall in the night and I had stopped responding to him.

He finally came and started explaining his side of things. I couldn't respond. He got me water. I couldn't drink. Finally, after 3 hours, I gained some sense, called a cab and just left.

I went to my aunt's place. He called me for days after that, and I couldn't respond till I was ready. When I did, all he kept saying was that he was sorry. He "cried", he begged, he pleaded. I started contemplating – maybe after I shifted to Dubai there was a sudden void in his life? Maybe he had been lonely?

I gave in. The need to have him in my life was stronger than the will to let him go. I went back to my life in abroad with a shattered heart and a hope that he will build it back. In less than a month I came to know that he had convinced the girl to "pretend” that they were acquaintances (and not lovers), so that he could take his time to separate from me. He believed that I had suicidal tendencies and may end up doing something to myself if it was sudden, and they may get into trouble!

For 4 months, he kept pleading that he loved me more than anything and would never give up. And in the same 4 months I kept receiving proofs of their involvement. I was so confused. What did he want? Did he want to marry me like he had been saying for the past 8 years? Did he want me to go away? Was he fooling her?

After these 4 months, I made my decision. I left him. I refused to take his calls or messages or tears.

That’s when he showed me another side of him. He blackmailed me every single opportunity he got. He threatened to circulate my pictures, sent people to my house, made calls to my family, turned my friends against me and told them that I had found someone of interest abroad so I shunned him. I was too emotionally exhausted to defend myself, so I just cut off from the rest of the world. When God helped me through that phase, he tried to buy me by sending expensive diamond jewellery, which I refused from my door step.

HOW could he think that he could "buy" me when he crushed me by threatening and blackmailing me on top of breaking my heart?! Did he believe that I had no soul? Does he have a brain? My friends thought that I was being arrogant. One by one, he tore away people from my life. I couldn't speak up for myself. I left my job and spent days consoling myself. I was left with NO ONE who I could share my pain with.

By the way, he dumped the "other" girl and married a third one -- all within one year of us getting separated!

This further tore my soul into small bits and pieces. How could he bask in marital bliss when he took away every hope of me having it? I finally gathered enough courage to look at myself in the mirror again. Even now when I look at myself, I see someone I barely recognise. I don't remember the last time I laughed like I meant it. I don't remember a day when I recalled his name and it didn't pierce my heart. I tried to love, but I know that it will never TRULY happen for me again.

I do not trust love, I do not trust happiness. I know that I have to marry someone, but I don't really bother about having love. I have tried to forcibly forget and move on, but I have miserably failed. I feel lonely in crowds and I feel warm tears on my cheeks when I am alone. I spend all day and night alone in my room and I don’t realise that the day has gone. All I can do is pretend that I am okay.

I never got the answers to my questions: What did he want? Will he never be happy with ONE? Will there always be something missing? Is it so easy to "switch-on and switch-off" in love? Was I not enough? Was there something wrong with me?