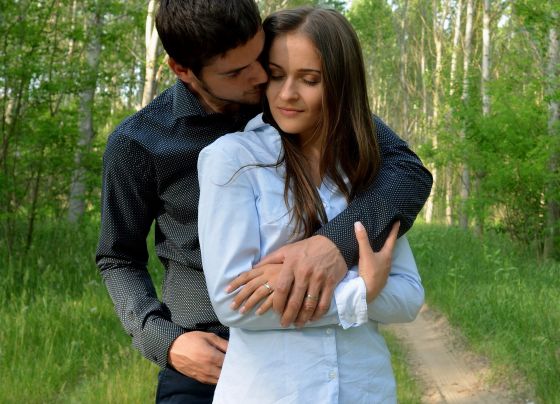 I had an arranged marriage and it was going through its own turmoil.

My husband was an irresponsible man and I had to start working straight after our wedding.

We had a daughter three years later. I always craved for love, emotional warmth, and support. I used to watch on TV on how men and women have romance, cuddle each other and kiss. But it was all lacking in my marriage. Sex was just like a hysteric act.

Years passed by and later, I realised that I must only live for my daughter.

I never thought of divorce because I knew that would take a bigger plunge of social harassment in a typical Indian society. Plus, my orthodox Brahmin brought up did not prepare me for that.

While things continued to be the same, 10 years after my marriage a guy entered my life.

He was promising and just like me, he was also suffering in his arranged marriage. That made me realise that marital chaos is not just gender-biased. He was a relative of my student and we were good friends initially.

It was a year later he expressed his intentions towards me by his actions. He was very caring towards me and my daughter. He supported me through every difficult situation, be it financially or emotionally.

I received the love and support from him which I had been craving for so many years now.

Two years later, he admitted his love for me which was very personal. I was always afraid as we both were married. But he wasn’t, and he treated me and my daughter as his family. We made love many times. I have to admit it was always a beautiful experience. It was not lust filled, instead, it was full of warmth and I could feel it whenever he came close to me.

Meanwhile, his family discovered the truth and cursed me for being immoral and characterless.

His wife came to my workplace and contacted me. I could understand her pain. I felt guilty. After that, my love and respect for him increased even more. I understood the turmoil he was undergoing at his home. His wife and kids left him for a month. He missed them a lot. He said that he loved me so much but he loved his family too.

I never wanted him to leave his family. It so happened one day, while I was frustrated with this trauma, I said bad things about his family members. I called them names. Then I realised, how angry he was with me because I scolded his family.

He called me and my 11 years old daughter a bitch, out of anger.

That day I finally knew I could never be his family. His wife was a stronger figure for him and so, I quietly kept myself away. I blocked him on WhatsApp too.

He tried to contact me again but I never went back to him.

I learnt that love out of marriage is fancy. I just accepted the way my life has been designed by God.

Men call it love, but priorities are more powerful. I shed tears with every word I am typing now because I do miss him, but can’t have him forever. I sealed the six years relationship forever in the coffin of my memories. I had to end it.

At least, he will live a peaceful life with his family now.

Share this story, because it teaches us that 'I' am important and that we don't have to run after people to prove our worth.