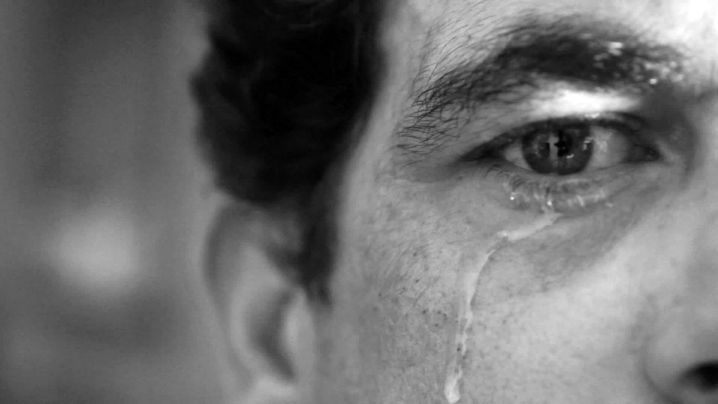 I got married to a girl two years ago. In her past, she had an affair with a classmate. She confessed that to me and said that she won't continue after marriage.

Before 10 days of our engagement, I called her and her phone was on waiting.

I left her a message asking us to pick up my call. I was shocked by her reply. She said, “Uski bank ki exams hai. Please, ussey baat karne do, uski exam bigad jaegi.” Reading her message, I immediately replied, “We should end up things. I don't want to complicate my life.” And then, I switched off my phone that night. Next morning, she was calling me continuously and I wasn't responding to her call.

Suddenly, she sent me an image of her showing that she had met with an accident.

Yes, of course, I loved her and cared for her, so I caved in. I called her and enquired about her health. And she promised that she would never repeat this again. I said okay and we got happily engaged. But she never gave importance to love and affection.

I thought, perhaps, she might not be comfortable so I gave her space. I was building a new house for us as my old house was small. I was busy with choosing the furniture and other related stuff and in the meantime, our marriage date came.

We got married and went on a honeymoon.

Everything was normal; we sometimes used to have small fights. But I still loved and cared for her. After four months of our marriage, she got pregnant. I was on cloud nine but I also wanted to make sure that she was happy too. And she said she was.

Soon after that, my sister-in-law visited our place and started saying things like I didn’t have a driver or the space was too small. She would taunt on every small thing and even her father used to do the same.

Her birthday came and I threw the best party I could. I did everything in my power to keep her happy and see her smile.

But when my birthday came, she seemed least interested. I was still okay. One day, her father came to my place and suggested to take her to her native place just for a change of mood. And I readily agreed. Her behaviour started to change. Her phone would be off but stay online on Facebook for hours, chatting with her ex-boyfriend.

She was six months pregnant when she went to her parent’s place.

She wasn't talking to me at all. I got worried about her naturally. So I decided to go to her place to ask if anything was wrong. But I was surprised with her reaction when I visited her. She said, “Why did you come?”  I said, “I had to meet you. It has been 15 days since I saw you. Please come back, I don’t like it without you there.” I literally begged in front of her and her parents. But she was determined not to.

That night I went home and checked her Facebook. I saw her still chatting with her ex.

I was hurt yet I kept quiet. I again requested her to come back to which she replied, “Kyu aur kis liye aau?” (Why and for whom should I come?) Her father and sister used to taunt my family and she treated me like a bin like I was some useless fellow. She still wouldn’t answer my phone, wouldn’t reply to my text and all.

In between all this, it was time for her baby shower. I called her up to let’s celebrated but she didn’t want to. She didn’t even let me throw a baby shower party. And just a week before her delivery time, my father-in-law called me and said that they wanted to meet me. I was happy and my parents too went with me. It was almost 600 km away from my town and we left at 4 in the morning and reached by noon.

As soon as I had arrived, she locked herself in her room and her father announced that she wanted a divorce.

It was like a bomb was dropped on us. My father fainted right there and I stood there speechless. Even before I could comprehend the situation, an advocate walked into the room and asked me to sign the paper. He warned me that if I didn’t sign it, then he would drag us to the case of 498. Somehow I managed to gather some courage and said that I needed some time to think.

She delivered a baby girl after a week and I didn’t even receive a call.

They just left a message on my father’s number. I was so happy that I wanted to hold her hands in my arms and kiss her. She looked just like me, her eyebrows, her cheeks, her eyes. As time passed by, she gave me a call and asked me to come once. I asked her, “Why once? Don’t you want to come back?” She replied, “No.” I got so angry that I immediately agreed to the divorce.

Again after some days, I got a call from her and this time she said that she didn’t want to keep the baby and wanted to give my two months baby girl up for adoption. I strongly opposed and said that I wouldn’t let that happen. They called my parents and tried to scare them by saying that if we didn’t agree for adoption, she would file false cases on us. I also contacted a good lawyer and she advised me to file a case of RCR. I filed it and thankfully, the adoption thing stopped. But she is still in love with her ex and in touch with him.

And after months, I got a case notice and they were demanding crores of rupees from us.

Now, I am in such a state that I love my daughter a lot and she is one year old. But sadly, I have never seen her. I just want to say one thing that I would fight for her custody and prove my wife wrong. I have never seen such a shameless woman in my life ever.

This is really a sad one. We should definitely fight for our justice. Share this story, and show our support to the author.