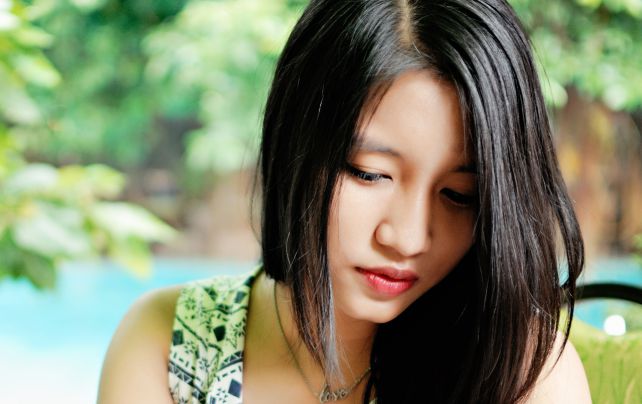 I started off as a quiet yet rebellious teenager. I never really gave a thought about my future and mostly just glided through my educational careers. However, circumstances changed me when I was around 23 and I became very religious and spiritual.

I worked really hard at internships and life took a turn when I was offered a contract by one of my internship bosses.

We started off very well. My boss was a tough taskmaster but I always managed to do the work well. The only downside I had working with her at the time (or so I thought at the time) was this other girl who had also interned with me and was brought back on the job. This girl and I are diametrically opposite, though ironically we share the same birthday.

She is extremely rude, moody and quiet, while I am diplomatically correct and try to be nice to people around.

Her native language is not English so I used to write emails for her which she used to send as she is my boss’s assistant. This led several people to believe that this girl’s English was as good as mine.

Working under my boss was initially a dream I did not want to wake up from.

I believed that she really liked me and she kept saying that I was like family to her. I had really grown to respect and love her over the years. I did feel a few of the times that my work was passed off at the other girl’s. Whenever I politely questioned my boss about it, she gave some excuse and backtracked.

It did bother me that she did protect her ‘protégé’ and threw me to the sharks at times.

One conference I had worked really hard for, she decided to give up that work owing to her difference of opinion with the head of the department. More than a few times, when the protégé was given charge of projects she would fail at managing them properly and I was brought in to save them and I successfully did. My boss casually passed it off as a team effort.

I braved all that with the expectation that she would support me - my contract extension and promotion.

This was, unfortunately, the biggest mistake of my life. One day, my boss told me that they cannot extend my contract to due budget constraints and the organisation would not be able to extend my contract. She said that she would try and hold me on as long as possible, till I found something else. I was heartbroken.

My boss kept saying that they were trying to promote an assistant to an officer and giving a post to another person because of some political push they had.

She assured me that she would bring me back as soon as possible. Months passed after this and I heard that my boss was promoted. Soon I got the news that she was trying to make her protégé an officer from an assistant position. It suddenly struck me that this lady was just using me.

Her statements where she kept saying that I was a sister to her were all lies. She never saw me that way. I did not know to react.

In all possibilities, she only brought me into work with her to boost her own career and shield her protégé’s incompetence.

My boss eventually managed to push me into a position into a smaller company that works with my old employers. I currently work here. It requires me to still be at my old boss’s mercy in many ways. All I want is the due credits for all the work I put in. This lady has managed to get whatever she wanted out of me. Got her promotion and is now trying to get her protégé promoted to an officer.

I cannot imagine that her true nature remained hidden for so long and I feel ashamed that I was not a better judge of character.

Many people warned me of her true nature but I brushed it away thinking that she would not betray me after all she was the one who got me into the job. To make matters more complicated, I figured out the reason for her extra fondness for her ‘protégé’. They follow the same religion and have the “same path.”

The only thing the protégé is capable of is cleaning my old boss’s office and getting her tea, which she does like a proper mug boy.

At this stage, I could not even confront her directly. When I tried, my old boss coolly denied promoting anyone and claimed that she does have another position under her but she didn’t honestly think of me.  She kept trying to stress how great my current job is and how I shouldn’t leave.

Now when I think of, she lied to me all through when fighting for my job. She may have never done so and only given me and some other people that impression. This dawned on me when she blamed me for using the wrong document to my new boss on the phone without realising that I could hear her. All this to cover up her protégé’s mistake.

The funny thing is that she keeps throwing these part-time contracts at me hoping that I will do the majority of the work and it will cover up for her protégé in the eyes of the others.

When I stressed on wanting to come back to the organization she just commented saying that she will try. What makes me angrier is that this person had the audacity to lie to my parents too. When they met her, she said that she would do anything in her power to keep me. I have never been so deceived.

I don’t believe I can do anything at this stage. I put my trust in the wrong person. I will eventually put it past me. This realisation has definitely made me believe the opposite of what I used to think of people.

Everyone is selfish and there is no buried ‘goodness’ in anyone.

And to anyone who behaves this way, remember this - 'Karma is a B**ch!'

To put it simply, "Not everything that glitters is gold; and similarly, not everything dark is a stone either - there are diamonds too.” Share this story across and remind yourselves of the lost humanity that still exists within us.