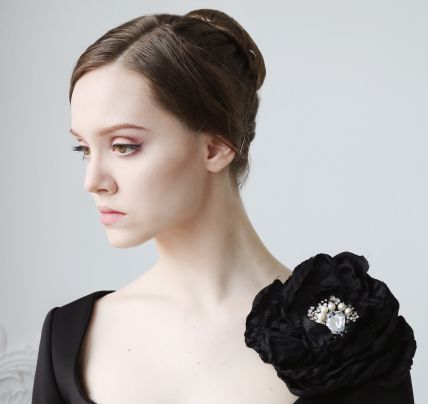 I am a simple girl from a middle-class family. I was brought up in a town. I studied in a girls’ school. I lived a pretty normal life till 12th standard. I was an average student who did not have many friends. My life changed when I went to another city to pursue my higher education. The first year of college was quite normal. When I was in my second year, my life took an unexpected turn.

Sometimes, I feel I was caught in a whirlwind of love at that time. But after 10 years, it looks like that whirlwind has transformed into a storm that has changed my life forever. I am still struggling to come to terms with this storm.

I met him for the first time in my second year. He was my junior in college but was actually older than me. We fell for each other immediately. We spent the next three years of our college in a very filmi manner. He became my boyfriend. We bunked our classes and attended several fests together.

We had a great time in our lives at that time.

When I was in the final year of my college, I got placed in a company. So as soon as I finished college, I had to move to another city. He still had to complete a year in college. We now shared a long distance relationship. When he was in his final year, he told me that one of his juniors had proposed to him but he had rejected her offer. I didn’t pay too much attention to it because I was struggling with my new job in a new city. We kept meeting frequently and when he was in his final year, he too got a job.

Both of us were happy for each other now. We had new jobs and lived in new cities but we felt closer than ever.

We courted each other for 5 years and then decided to get married. My family was pressurizing me to get married. So I told them about my boyfriend. They had several objections about it. He too did not want to get married at that age.

Things were emotionally traumatic for all of us for almost 6 months but finally, everyone agreed to get us married.

We had an amazing wedding and we were happy when all our family and friends attended our wedding. We did face a few minor hiccups with our relatives but we were able to deal with it effectively. 6 months after getting married, my husband was officially posted to the Netherlands. He did not want to give up this opportunity so we decided to move to the Netherlands.

I had to quit my job in India and move to the Netherlands with him. I was in a new country. I had no friends and I was jobless. But I did not mind any of this because I really wanted to be with him.

His father is an alcoholic and has never cared for his family. His mother is a teacher in KV and his younger sister was studying at that time. He also has two maternal aunts who are childless. So my husband and his sister were pampered by all the women in his family. All three women welcomed me too with a lot of love.

But I found it odd that my husband and his sister had been pampered so much. They had always got everything that they wanted. I realized that these three women would forgive them even if they murdered someone. I assumed that this was happening because of the absence of a fatherly figure in his family. But it did not affect me in any way so I had no problems with it.

We were living happily in the Netherlands. I would often feel sad because I had not yet found a job there. I had to sit by myself the whole day. But I did get a job after 6 months. His mother then came to live with us for 3 months. We had our differences and we did argue sometimes but we never disrespected each other. I had always seen her as a teacher and respected the work that she did. The next year, both his aunts came to stay with us for two months.

I ensured that they had a comfortable stay. I never thought twice about spending any money on them. I would always send them all gifts for all occasions and they too reciprocated my gestures.

But last year, things took a turn for the worse in my life.

He decided to open a photo gallery. He loved clicking photographs and all of us supported his decision. I was surprised when he said that he wanted to live separately and concentrate just on photography.

He went on to say that he had no feelings for me now. My entire world came crashing down that day.

I tried to convince him about our relationship. I wanted him to think about it again. But he didn’t want to listen to it. I told his sister too about it. She too spoke to him about it but he didn’t listen to her too.

We decided to live separately for a few days. I thought he would come back because I knew he was very attached to all the things that we had bought together. We had bought a new house in the Netherlands. We had a new car.

I just thought we were going through a bad phase in our lives. I thought he would surely return to our house someday soon.

But around 8 months back, one of his colleagues told me that he was living with another girl who had joined his office recently. I was happy to see his artistic side now but was heartbroken to see the reality unravelling in front of me slowly.

He was having an affair with another girl and he had lied to me. I confronted him in front of his family but he denied his affair. I shared screenshots of all his chats with them. But he started blaming me for everything now.

He told his family that he had not touched me even though he had been married to me for 10 years. I was surprised when they all believed him. He justified his affair to them and they all agreed with him!

I was all alone now. I lived away from my parents. I was in the middle of a crisis. I still could not believe that this could happen to me. I tried committing suicide but ended up in the hospital. They sent me to a therapist after 6 months. I was able to talk to the therapist without crying now. It’s been a year now since we separated. But I am still not over it.

I still don’t understand how anyone can suddenly stop loving a person like that. How could he just fall in love with someone else so easily?

He was born and brought up in an educated family. Yet they were all supporting him. And he had a younger sister too. Right now, I am living in our house by myself. I am paying the mortgage from my salary.

Not once did any of his family members offer me any help. He just shed a few tears in front of them and they all started blaming me for everything.

Why do we insist on getting our children married when we know that even a bond like marriage can be broken so easily? I was under the impression that if we get married to someone, it meant we were committed to them for life. I thought marriage was a bond from which we could never back out.

Several people asked me why I had not moved back to India. They also asked me why I had not taken our case to the court. Yes, I decided to live in the Netherlands itself for several reasons. I have a good job here now. I didn’t have a very strong connection with my own family now. I had fought with them to get married to him and they have not been very supportive after that.

In case I moved back to India, I would be jobless. I would have no money of my own and I knew I would not be welcome in my home now.

We divorced in the Netherlands. Apparently, the process is very simple here and the whole thing takes only 2 weeks. I have a lot of friends here. They all tell me that he had never really been faithful to me. I am still surprised when I think of all that has happened to me in this past year.

Sometimes, I feel like I have been sleeping for the last 10 years and all this is just a terrible nightmare….

Let’s share this story and ask ourselves some tough questions. Why are we so scared of accepting our mistakes? What right do we have to mess up other people’s lives? Why should other people pay the price for our selfish deeds? Is it easy to park the blame on other people’s shoulders? Did we do the right thing or the easy thing? Was it easy to ignore our inner voice? Tough questions - huh? But do we even think of such things?

CULTURE SHOCK
LIFE IS TOUGH
YOUR STORY
LIFE IN THE TIMES OF CORONA
BAKKAR. CHAI. SUTTA
HOW'S THE JOSH