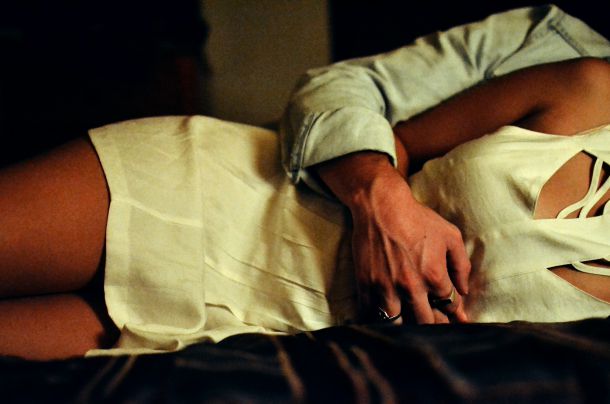 I was the happiest soul when my best friend Aadi told me that he has feelings for my other best friend Vidhi.

Finally, he was getting into a relationship and moving on from his past. And I loved to see two of my besties together. It was all sorted from their parents' side also, despite coming from small towns and different communities.

After only a small struggle, it seemed like "happily ever after" for them. It was a long distance relationship and it was expected to have disturbances. Both the families and Vidhi started praying for him to getting MS done, get a job and be prepared for marriage soon.

Aadi is usually very friendly and becomes dear to anyone who lets him in their life. It was nothing different with his best friend Ria and it was only normal for them to be close. Vidhi was completely comfortable with their friendship up to certain limits.

It was all started when Vidhi saw them waking up together one day when she had video-called Aadi. She was totally not okay with that.

They used to fight every other day on the same topic and he used to convince Vidhi by saying that he is loyal, he loves Vidhi the most, and of course, Ria was his bestie and more like a sister. These fights continued for almost 2 years, and even I was involved in a few discussions, and he always told me that Vidhi is already his wife and he cannot even imagine such feelings for anyone else.

But he also used to fight on a point that we are questioning the character of a loyal person, and he cleared that he will continue his friendship with Ria since it was not wrong according to him and Ria. And they didn't want to change for anyone out there. There were many heated arguments, and then Vidhi saw photos of them hugging and kissing, which were not actually looking like photos best friends.

Still, he defended himself, and Vidhi got convinced each time.

Now after years of being in this relationship and after what may have been the 5000th fight, Vidhi decided to accept Aadi as he is and apologized to him and Ria for being so adamant about this issue.

Ria called her up the following day and among many apologies, she confessed that she was living with Aadi and was sleeping with him as frequently as possible. Which, for people who live with each other, is probably closer to every day. She also let her know (as gently as possible) that Aadi regretted ever being in a relationship with Vidhi and felt rapped. He had been pretending to be in love with her for the past two years and it was hurting their relationship. Ria was too stressed about keeping this secret for much longer.

Vidhi, of course, was in shock and she didn't know how to respond also, because the same Aadi was having a sex chat just 2 weeks ago, and he was talking about their future. Ria was there to say that it was all acting and she was there in conference in most of their private discussions, and she was actually explaining word to word about Vidhi and Aadi's conversation.

This poor girl who is waiting for that idiot Aadi from years with hopes of getting married almost collapsed. I seriously regret calling him my best friend. He played with everyone's feelings. And the great Ria once said she was like a sister to Vidhi. I just wish I could slap both of them.

Those cheaters literally betrayed my friend. Now she is in a position where she can't trust anyone ever again. I had asked him many times if he didn't want to continue a relationship with Vidhi. He could have told it right there. Instead, he yelled at us for doubting his character.

I was guilty of having such thoughts before but now I wish they would just die and go to hell. They wasted two precious years and Vidhi was still holding on to him like the biggest fool in the world.

I'm dying to see karma bite their a** now. There are no other two people in the world who deserve more hate than they do.

Share this story to activate the wheels of karma. This is an unlimited period offer.