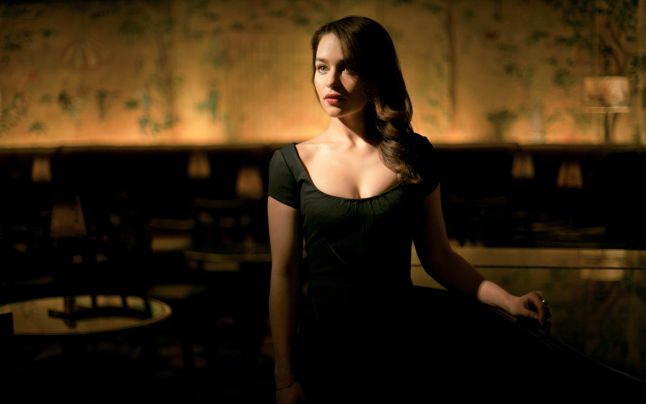 Some wisdom is still inspired by full-slosh alcoholic nights when you can feel your boy’s club on the dance floor. A senior DJ who’s more dangerous than he lets on, snidely remarks on the mike that I should behave. At the end of the night, as he plays his last song, he winds it down and says on the mike again (so that everyone can hear, and he can later say “I told you so” if need be)-

“Buy a rubber before you need one, mah.”
My boy blushes and hides his face. I simply pat my handbag twice and say “Dontcha worry about it,” and leave with a wink.

I strongly believe that you should always carry condoms with you. After all, you carry san-pads. If you’re a healthy enough woman, you should be able to tell when you’ll get your period, and never be able to tell when you’ll get laid. If your uterus misbehaves, there will always be a girl around to hand you a pad, but never one likely to hand you a condom- and then you’re truly fucked.

I know A LOT OF GIRLS who think condoms are in the boys’ department. I need you girls to hear me out and hear me loud: Most boys are lazy louts. They are NEVER prepared. The younger ones chicken out from buying the condoms, the older ones forget to buy them because they’re too busy playing ‘gentleman’.

This is exactly what will happen: Your boy will get you in bed, get you butt-naked and then when you realize that there is no condom in the room, he’ll say “But I didn’t really expect this would happen”. Please note that THIS IS BULL. And if I had a penny for every time I heard that dialogue, I’d have Scores of Crores instead of Crores of Skores!

By “I didn’t expect this would happen”, he’s really saying one or more of the following:

(b) “I’m an abusive prick and I want you to have unprotected sex with me.” (You should really send his blue balls home).

(c) “I really wanted to be the nice guy and take this slow, and I didn’t think you’d be up for having sex with me TODAY ITSELF”. However, this is no excuse to NOT have a condom. There’s a difference between being nice and stupid, and being nice and responsible.

So, like everything else in the world, it’s going to become YOUR responsibility. It’s astounding how ten out of every five girls thinks she needs to practice mixed martial arts to protect herself, but won’t spare thirty rupees to buy condoms. Your protection is your responsibility and nobody else’s. Period! (Or it won’t happen for another nine months.)

Picture this: You haven’t shaved your legs or your pits. Or worse, you’re wearing your granny panties or the ones with period stains on them. On a day like that, when you and your boy get behind a closed door, you’ll do everything to avoid him seeing you in that state. Suddenly, you’ll pretend to be shy, or you know you’ll get really embarrassed later on.

Please don’t lie to yourself. You’ve never worn crappy underwear on the days you were expecting to have sex. On the days you wore those old panties, you magically never ended up in a bedroom even if you could have. This is not just about how you look, but it’s a reflection of how you’re PREPARED- mentally, physically, and emotionally.

But this is the difference between being a boy and a girl- Girls will avoid awkward situations in bed. Just don’t count on the boy to have the brains to NOT have sex if he isn’t prepared. The phrase “dick-head” didn’t come out of nowhere.

That being said, go buy yourself some condoms. Because when you have them with you, they will literally transform into your good luck charm to getting laid. There will be nothing, and I mean ABSOLUTELY nothing, that will stop the boys from coming to you. Since you’ll always be prepared, you’ll never be inhibited, you’ll have zero mental blocks.

And while you’re getting lucky, make sure you have at least two condoms in your purse. It’s very likely that your boy will screw it up the first time because he’ll feel intimidated by you. That’s the problem with the “conservative” society- they’ll look at you like you’re a unicorn; they think girls like you don’t exist. Trust me, the second condom will be handy. I’m not saying this, the statistics do.

Share this story if you've always felt that only 'terms and conditions apply' for her pleasure. Raised dots be damned.

I will never quit playing games with your heart (or other parts of your body). Take my great sex advice seriously, for your own good.