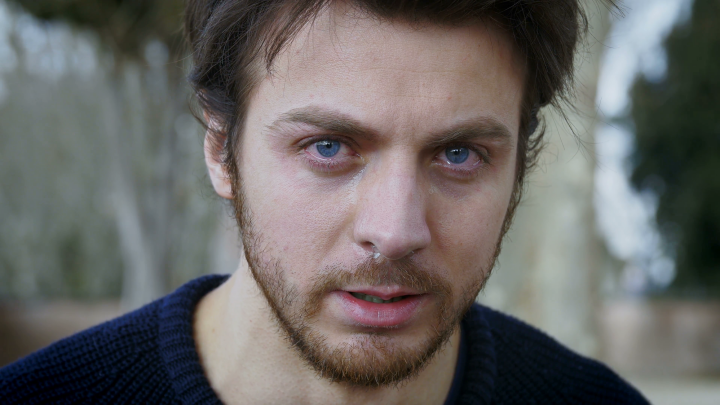 I had to live away from home when I got my first job. Maybe I fell in love with someone because I had never received this kind of love or even attention before. I was a different person back then. But it took us just a few months to realize that we wanted to spend our life together. But back then, Indian social conditions were hardly conducive to an inter-caste marriage let alone a marriage between people who belonged to two different states.

Chetan Bhagat wrote his novel ‘Two States’ a few years back. But our love story happened much before that. Had I been an author, maybe I would have penned that novel.

Life was not easy. I was the only son of my parents and had to bear all the financial responsibilities. My parents agreed to get us married. But her parents literally forced her to walk out of her home.

For almost two decades, things were very good between us. But health issues severely restricted our sex life. In these two decades, I had upgraded my education. We had even gone abroad for a few trips and I was holding a responsible position in my office.

I was a lot more attractive compared to what I was when my wife had chosen to marry me after facing all the odds. It was at this time that the other woman entered my life.

She was very young, intelligent and ambitious. She wanted to consult me regarding her academic and professional pursuits. She was a beautiful and highly qualified doctor who was living away from her husband for a few years because she wanted to pursue her higher studies. She had a lot of money and had a great job which she had given up because she wanted to pursue her higher education. She was living at her parents’ place which was close to my residence.

It so happened that we started spending more time together because both of us were learning from each other’s knowledge and experience. We moved from consulting each other to working on joint projects. Of course, the personal relationship was also growing.

We started sharing a lot about our personal lives. Then we moved on to discussing our respective lives with our spouses and the problems we faced with them. After all, couples who have lived together for two decades do have some problem or the other with each other.

She had been married to her spouse for eight years. He was a person with a big build physically. He used his strength to enjoy his life but had little or no emotions for her. They had a five-year-old child who was mostly in the care of her mother.

It looked like both of us had fallen for each other. In four months' time, we attended a conference together – more to make out with each other than anything else. We had not yet indulged in sex. Actually, I was not yet ready to go ahead to that extent. But I realized this only later on.

Within the next three months, I was itching to have her - more so because my wife and I were in an almost sexless marriage by then. It started and when it did, it continued regularly and endlessly for the next year.

Then her star rated thesis got over. It had taken me years to gather all these insights in my area of expertise and they were all a part of her thesis now. Being in the relationship that I was with her, it was quite natural for me to share my insights with her. Her degree was over now. It was time for her to look out for a job. She also had to go back and join her husband. I too had worked hard to contribute towards her thesis.

But she had not even acknowledged me! She said that my acknowledgement may expose our affair to her institution. I foolishly accepted her logic.

But her thesis was enough for her to get an international job where she could earn her salary in USD while sitting here in India. She was a thorough medical professional. And after all the mathematical modelling and statistical data analytics that she had done, it was inevitable that a top company would employ her immediately.

She had managed to conceal our affair from not only her medical school but also from her husband and parents. But my story was no secret either in my family or in my office. I had allowed her to use these places as an arena for our affair. But she had been careful enough not to do so.

Then she bid me goodbye and drove past my home on her way to the airport. She became busy after she returned to her house. She was anxious to keep the job that she had landed. She also had to take care of her baby on her own because her mother was not around to help her anymore. Contact became risky because she now lived with her husband in the same household. But shortly thereafter, she was posted to a different city and had to live away from her husband. She was euphoric when she shared this news with me. But some problem or the other kept cropping up from time to time.

In the meantime, I had neglected my marriage. The relationship that I shared with my lovely child suffered badly. I was lost and all alone but I continued to grieve when I unable to meet her too.

Sometime later, we managed to plan a trip together during a weekend. We satiated our pent-up appetite and this is when she mentioned that we should enjoy such trips more often. But she also gave in more regularly to her husband now because she wanted to strengthen her marriage. This shocked me because my marriage had weakened after she came into my life, and more so because it was sexless.

It did not take her long to take the initiative to break the relationship. She accused me of being too demanding. But maybe the actual reason was that she had no further need for me.

I did have some unconfirmed inkling that she had started a new relationship with another person at her new office. Her husband, parents and son did not know about it.

It took me several months to start relating to my wife again. She had suffered almost silently through my affair.

I understood how my circumstances had made me vulnerable and how it had been easy for me to fall prey to such a predator. But I realized all my follies and made conscious efforts to strengthen my relationship with my wife and family.

Affairs are mostly selfish and self-centered acts. In any affair, almost invariably, one party is the exploiter and the other party gets exploited. An affair not only destroys both the individuals who are involved in it but also the families of both the people. The scars never go away.

That is precisely why I am penning this down for all of you – I had this affair a decade ago – but I continue to suffer even today.

A family is a complete harmonious unit of love. Several different facets of love like affection, care, concern, trust, compromise and sacrifice create this harmony. Love does not mean sex alone. Do share this story so that we all learn to value the people who nurture our homes with their silence, sacrifice and soulful love. We really need to salute them.