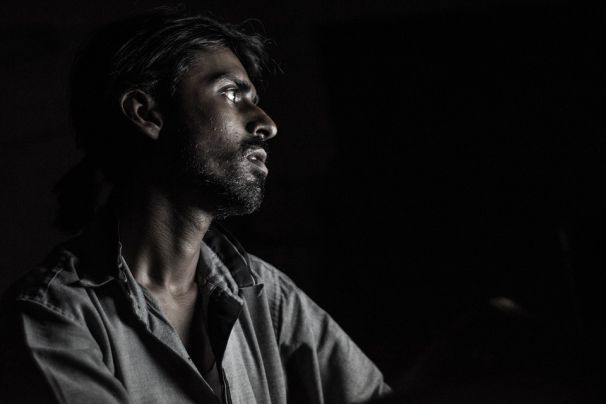 It was an arranged marriage. Mr. A mediated the marriage between me and “The girl”. Mr. A was a distant cousin of the girl’s family and the girl used to call him her brother. Mr. A was the mediator between the two families, as the girl’s father had passed away10 years ago. The girl’s family and my family got together and the engagement and marriage dates were fixed. Next thing I know, I got engaged to the girl and was about to get married in 20 days. The girl talked to me very rarely saying that she was super busy with all the arrangements for the ceremony and thus, barely had any time and. She had a younger brother who was in his early twenties who took over much of the responsibility for the marriage from their end.

Before the marriage, I asked the girl if she had any previous relations. It’s not that I wouldn’t approve of a girl who had any previous relationships, but it was important to be clear about our pasts and start a future with truth and not lies. She said that there was nothing in her past. So, on a fine day, we got married and we held a lavish reception the very next day. However, on the 3rd day after the marriage, I received a mail from an unknown person congratulating me on the marriage and telling me that he had to tell me something. It was just the 3rd day of the marriage but when someone tells you they need to tell you something in such circumstances, you tend to suspicious and the same happened to me. I asked this mysterious stranger for details but never got a reply.  I promptly forgot about it and got busy with life as usual.

Then, on the 7th day of marital bliss, I received a mail with an attachment. To my horror, it was my wife’s semi-naked picture with the engagement ring I put on her finger!

In the photo, the face was not clearly visible, but I was pretty sure it was her in the picture. I searched Google with the stranger’s ID and found 2 videos on YouTube and when I saw the videos, I got a panic attack! My wife was naked in these videos with a guy filming her. The videos were uploaded on YouTube on the day I got engaged to her and they were many views on the videos. When I questioned her, she denied it completely and called Mr. A to tell him of all the details. I did not have anyone to share this shock with as I was not sure if I could tell my parents. I went to the police station to see if we can find out who the man behind this was but when the police asked for proof, the videos had already been removed from YouTube.

Mr. A called to assure me that he somehow he got those videos removed and advised us to go on a trip so that we could forget everything. I told him that I am planning to call her mother and her cousins and ask them about these lewd videos. After the call, my “so-called” wife said that she HAD slept with someone 2 years back, whose name she supposedly couldn’t remember because she was in a drunken state. I was pretty sure she was not drunk in the videos as she was speaking to one of her cousins whom I knew by now. I confronted her about this and the engagement ring clearly on her finger, which she completely denied.  She threatened that she would commit suicide if I told anyone about this. Lucky for me I had downloaded the videos and saved them, which she did not know about.

“The Wife” kept on talking with Mr. A and kept messaging him, but would delete the messages and call history. I sensed that something was seriously wrong and that she along with Mr. A was playing me.

I knew I had to speak to someone about this and get some advice because if I prolonged the matter, it would only cause damage to me and my family. I spoke to my father about this and then went to her cousin’s house and showed them everything. Unfortunately, I had to show it even to her brother and mom, they denied any knowledge of any of her past relationships. I asked them to take her from my house till we could figure the whole matter out.

Later, I found out that she accepted in front of her mom and cousins that she had been having affair with Mr. A for the last 5 years! She married me on his advice. The Same Mr. A who had been married for 10 years with 2 kids. The Same Mr. A she used to call brother. My life was shattering around me. I was depressed and felt cheated. I never even in my dreams had thought that someone can sleep a person and then call them brother or sister.

I also got to know that the day I sent the girl back to her house, she eloped with Mr. A!

They were brought to the police station the next day and were let off. The girl came back to her mother’s house and within an hour, ran away with Mr. A and had been with him ever since.

I figured out their plan. From the second day of our marriage itself, the girl had started persuading me to invest 20 lakhs in Mr. A’s company and he was also dropping hints. It was Mr. A who had created an email ID with a different name, to blackmail me with her pictures and videos to extract money from me. She played along with it hoping that I would give in to their devious schemes. The saving grace is that their plan did not materialize as they had wanted.

I am currently in the process of filing a divorce petition, but the court would not accept it, as it was too early to file a divorce. But what I fail I do not understand the logic behind their decisions. She chose to sleep with a guy married with 2 kids and carried that facade for 5 long years. What were they expecting from the relationship? Was it worth all the hurt and pain they caused their family? Engaged to me and then sleeping with another guy, what do I call it?  Then, simply leaving with him without a second thought about her widowed mother or younger brother and leaving them to face the fire! How selfish can people? It’s been just days since this happened and I can’t wrap my head around this or make any sense out of this mess. The pain and suffering that I am going through clouds clear thinking.

This is the story of how my marriage ended in just one week. I pray to God every day to send me back in time and let this be just being a bad nightmare, so I would not get married to this lady. I am not sure if I could ever trust someone again.

Trust is the foundation of a healthy relationship. When trust is absent or actively demolished by someone's actions like in this case, there is no way for a relationship to survive. The best thing, in that case, is to swallow the bitter pill and move on.

Got your own tales of betrayal to tell. Share them with us. Until then, Share this Story.