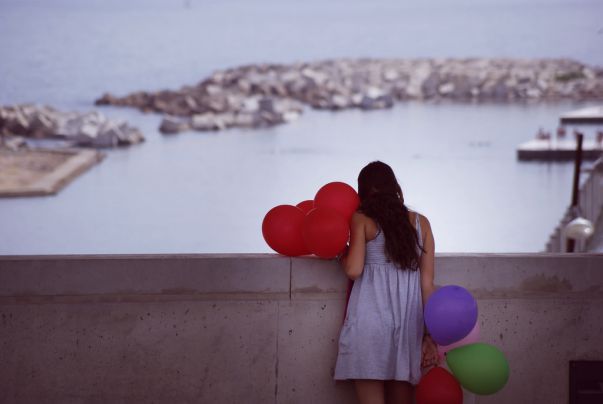 We had a messed up relationship. We did not have a future because he was from a different caste and my mother strongly opposed it. Nevertheless, we still continued even after knowing that it would just come to an end when college would be over. We would both go our separate ways. Yes, it was a casual relationship, as far as I was concerned I was never too serious about it because I knew it wouldn’t lead to marriage.

But he was very serious. So my lack of absolute commitment was a constant source of problems in our relationship, and that’s why it was messy.

Then one fine day, I met another guy, my senior at college. We started talking, and within no time we both fell for each other. He persuaded me to leave my ex with the promise that he would marry me. I told my mother about him because I didn’t want history repeating itself because this guy was a Christian and I am a Hindu. She instantly gave a positive reply and the same response came from his family too. We immediately took our relationship forward. From the very beginning, we had both made it clear what we wanted out of our relationship. Both of us wanted nothing short of marriage because we were tired of these silly college romances so we both wanted someone we could settle with. We promised each other that we would never let go of each other no matter what happened.

And so it went on, but soon things were not going as we expected. The main reason being the difference in our personalities, he is a rather quiet guy who keeps to himself and as for me, I am an enthusiastic girl who always wanted his presence and attention. So this led to a number of silly and some serious fights between us. Another flaw on my part was that I was extremely possessive, so there were arguments. We solved then. More arguments. We solved them. And this went on like a never-ending cycle but all the while I thought we were a happy couple. We were happy and I couldn’t ask for anything more. He was everything I wanted, despite his lack of emotions, his mood swings, and his constant reluctance to spend time with me. I loved him to the core. We were also physically quite comfortable with each other in terms of intimacy. We enjoyed each other in bed and I agreed to everything he wanted because I trusted him more than I trusted myself. There was the promise of marriage and our engagement was scheduled for August, so this made me forget all my boundaries.

Nine months of being together, one fine day. At midnight, he called me and woke me up from my sleep. I was sleeping peacefully because as far as I was concerned, we were still a happy couple.

"Hey we are done, all these arguments and fights, it is all too much stress for me. I can’t handle it. I love you very much but I do not want you to be my wife. Bye.” That was it. My world turned upside down overnight. He became a totally different person overnight. I cried. I begged. I told him to give me another chance to correct my mistakes. He did not. He just left, leaving me devastated. And I still don’t know why. I always asked him to spend time with me, was that the mistake I made? I love him. I always will. I don’t want to believe that he cheated on me or that he used me for my body perhaps. Because I know I had seen more in him. And I love him.

Share this story if you believe there should not be any moral baggage or marital promises associated with sex.