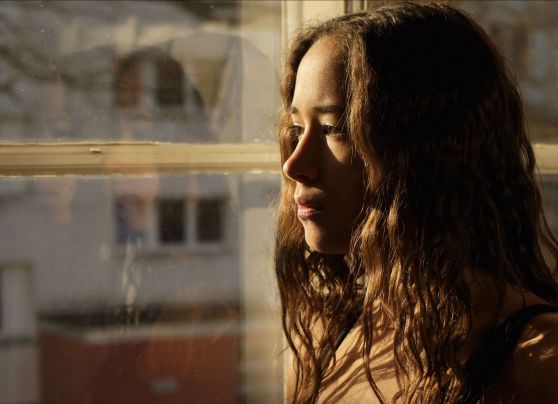 There are times when we fall in love with the 'impossible'.

The harder it is to get someone, the greater is the attraction towards him or her.

It's great if you can control this attraction. However, if you decide to act upon it, you'll probably be doomed, just like me.

It all started two years ago. I was a good student and I had always topped the exams through school and college. It was expected that I would land a high-profile job once I completed engineering. However, it had been a year since I’d graduated and I was still looking for a job.

I was also recovering from a rough breakup with an abusive ex-boyfriend.

Luckily, I managed to get a plush job in a PSU and I felt happy after a long time. After all the misery, at least something seemed to be going right. I was undergoing the orientation training in my new company when I met a guy. Ravi (Name changed) had joined the company with me. To say that he was good-looking was an understatement.

Since I wasn't really attractive nor was I looking for anything to do with guys after my previous experience, we didn’t pay attention to each other.

However, as fate would have it, we bonded soon because it turned out that he stayed a few miles away from my house. Commuting together became a routine. He told me that he had a girlfriend of 2 years whom he had met only once since she lived in a far-off village. I was amused and curious about this revelation.

How could someone who had grown up and lived all his life in a city have a girlfriend who stayed in a village?

On prodding, I learned that we had many common friends from school. He had dated almost 10 of them briefly and was bored with their demands and drama. So he wanted a simple girl, minus all the nakhras. That is when his girlfriend Priya (Name changed) came into his life. Priya, as he said, was a distant cousin of his college friend.

He claimed that she saw his picture in a group photo, asked for his phone number desperately, chatted him up for a few months and before he knew it, they were a couple.

This was Ravi's side of the story. I found it really funny that there was very little communication between them. We spent most of the day together (Almost 7 hours in the office, and occasionally hanging out after work) and I had never seen him talking to her.

Although we grew close, I never fancied him.

After a month or so, we were sent to a different city for training. All of us were put up in the same hostel. Ravi and I would go out almost every day after the training to explore the city. We had weekends off, so we found a cool tourist destination a few hours away from our hostel and decided to explore it.

The plan was to return the same day. Unfortunately, the car we had booked broke down and since it was late at night, we had no option but to stay in a hotel. To save money, we stayed in the same room but Ravi never took advantage of me. However, something changed after that night.

I noticed that we had started behaving like a committed couple, only minus the romance.

I was worried that this would cause problems in his relationship and confessed the same to him. He asked me not to worry because Priya knew everything about me. After a week, we were posted to our respective offices. He was posted around 600 miles away from my location.

When it was time for him to leave, he confessed that he was in love with me.

I was not surprised. "But what about Priya?" I asked. "She's a simple girl; she proposed to me and I didn't want to break her heart. I didn't know that I’d find true love again, so I accepted her proposal." This was wrong on so many levels. I stopped talking to him but couldn't stay calm. He contacted me repeatedly and I gave in.

I agreed to stay friends with him.

And I insisted that he tell Priya the truth. He did. As expected, Priya was furious with him. She talked to me too. I assured her that I wouldn’t have a change of heart. The truth was that I didn't know what I was doing. I liked Ravi, he had grown to become my closest friend, and it was hard living without him.

We had grown so close that there was nothing we didn't know about each other.

He made me his top priority. And I couldn't help falling in love with him. I never told him yet it was clear to him. I’d ask him about Priya and he’d say how they fought often because of me. He was okay with it because he felt that I was worth it.

I felt guilty as hell but couldn't help feeling special too.

Soon, he moved to his place of posting with his family. He continued to visit his hometown once every two months only to meet me. We would go to the mountains frequently, exploring little-known places. Earlier, he had many female friends whom he hung out with. Then he started turning them down when he came to visit me.

He would say, "No point of coming here if I don't spend time with you". I was confused and clueless about this relationship.

Finally, I gathered the courage and told him that we should stop, as things were getting out of my hands.

I guess he took it as my ultimatum for him to leave Priya because he said, "I can't leave Priya. I promised her marriage and she'll be shattered if I leave her. You're well-settled and will find a good groom for yourself but if I leave her, her parents will get her married to an old man."

If he didn't want to marry me, why had he been hanging out with me all this time?

He talked to me all day like I were his girlfriend. Months passed by and he got busy with work. We spoke less often, but regularly. I grew possessive of him and we did have our little fights, yet everything was fine.

Suddenly, he started growing distant. Whenever I asked him if there was an issue, he would casually brush it off. This drove me mad and led to more fights. He had also resumed his contact with his other female friends. And he would often come to his hometown to meet them without telling me. I felt hurt.

"Why should he tell me? I'm not his girlfriend. Why should I be bothered?" I reasoned with myself.

Slowly, I became a forgotten fossil in his life. He would contact me only when he needed help. I went into depression once again. I cut off all contact with him and he never bothered to get in touch.

I guess this is what you get when you chase someone you know you can't have.

I guess this was the punishment I deserved. Though I still don't know what changed in him. I don't know if he had fallen for someone else. I often saw pictures of him going on mountain trips with other girls. He had always said that was 'our thing'.

I don't know what happened to Priya. I have never heard of her again. I am still in depression and trying to get over him.

It is said that love is blind but we needn't be. Let's share this story because sometimes, it's important to see reason rather than chase something that was never yours. As difficult as it may seem, it's better to take a step back than have your heart broken.