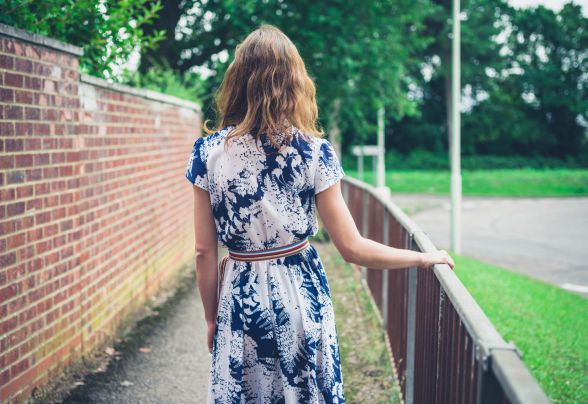 I have been following this page for a long time and have about read how people have written their heart out. I too have a lot of questions, to which I will never get answers and it is killing me every second, so I want to write them out. I am an IT professional in Hyderabad and had met a guy at my office a year ago, whom I became friends with. After a few months, he said he likes me and as I had never thought of us in such a way, I thought he was joking, thus brushed it off. He continued repeating the same and asked me if I felt something for him, but I declined. After a few days, I realized that I do feel something for him and expressed it to him. He was from different religion and after I expressed my feelings he said that he had already had a relationship with someone he couldn't marry, as she was from a different religion but now they were not in contact with each other. I became upset and wished he had told me all this information beforehand.

Even then, I thought I could spend some time with him, though I couldn't be with him in the future.

Later, he came to talk to me. He told me that his former girlfriend had messaged him, asking him to at least be friends with her again because everything was getting difficult for her. I told him to go be with her and leave me alone, but he said: "I can't be with her, that relationship is broken, but I need to support her because her condition is because of me". I thought him being a friend to her would not be a problem.

Everything seemed fine after that.

Post 2 months of this incident taking place, I quietly checked his phone. He had been in continuous touch with her, they had had conversations throughout the day, stretching into the night, regarding everything minute thing happening in their life. He had been in contact with her when he had said that he liked me, it was not at that time, let's say it had been a bad phase for them but nothing was over.

After reading those messages, I came to know he had lied many times and had also met her many times.

When I confronted him, he had only one thing to say - "sorry". He said he had never lied to me and that he would never leave her. He said he had made a mistake and learned a lesson. When I asked him why he came to me when he already had someone, he said he wanted some support, someone to understand him and share his problems with.

I was shocked and numb. I cried piteously at that time and still do when I am alone.

I really want to know why he came to me in the first place. I also want to know why he wanted me to be with him and didn't break off our relationship, even when he got back with his ex-girlfriend. Why me? He said he made a mistake having a relationship with me and that he had learned a lesson from it. He considered what he had had with me as a small mistake and asked me to be just a friend.

I can't be 'just a friend' because the person who hurts you, can never heal you.

For him, it's like nothing happened. He is happy with his ex-girlfriend and I am here alone in despair. I don't have anyone to share this wretched sadness with. I tried to forget everything we shared but I am not able to and it hurts me every second. I miss my old self who was chill, friendly and carefree.

I still wake up with tears and cry myself to sleep.

Share this story if you agree that love can be unfair but one shouldn't be afraid to try again.