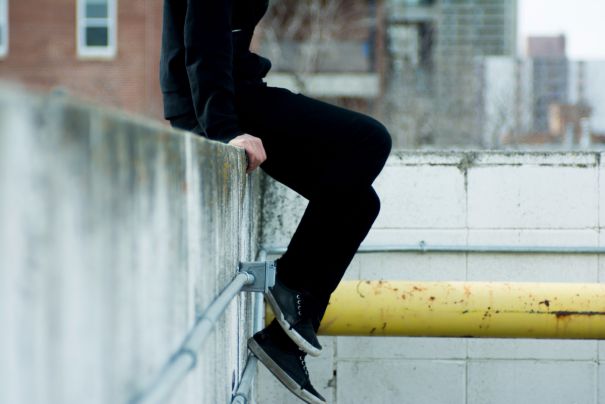 I am a dumb girl, never had a boyfriend but kept dreaming of a perfect guy in this lifetime, who would provide me everything love and care.
Then I met him on Facebook. At first I didn't accept his friend request and I made an excuse that there were no mutual friends so I won't accept it. I told him that I'd already had a bad experience with a another older guy who was a friend of my friend's cousin who had asked for sex and told me that sex was a biological need and people do it for fun .

The guy who had sent me a friend request then told me that it might also be my fault that he discussed those things with me and that I was being a coward not confronting people and making silly excuses .

Then I accepted his request and we started talking. He was very sweet and nice to me and stupid me, I started to fall for him. During our chats, I happened to get a proposal from my senior in college who proposed just to know if I liked him and I made this FB guy my fake boyfriend but after a few days, I actually started liking him. I tried to avoid him but could not and I said I liked him because he started to sense it then that we had a relationship, a long distance relationship.

I loved him with all my heart and he said he did too but a few days later, he asked for picture of my belly button and I sent him a photo from google. He got angry so then I sent him what he wanted. But it didn't end there, he always wanted to have a video call and I used to be excited to see his face. All he wanted to see was my body, he always told me it was a part of our relationship.

If i didn't do what he wanted me to do, then he would threaten to leave me. I knew what were doing was wrong, he knew it as well that I wasn't comfortable being like this before marriage.

I loved him and one day I had beer with my girl friends and I came back home. I called him and he realised I was drunk. He took that as a reason to break up and he said he didn't want a girl like me who drinks alcohol. I am a mechanical engineering student and the only girl in my class, my boyfriend had issues with that too. He said that I was too attracted to boys, that's why I chose that branch. He always accused me and eventually ignored me and blocked me.

After a while I contacted him again and I told him that I still loved him. I told him I'd stop everything if he didn't like it but he insisted on a break up and I could not bear it. I hated myself for loving him. I kept begging him and calling him then but he told me that he had sent me a friend request to just talk and have some fun.

Knowing everything I still love him because I can't accept any other person as my soulmate. He sees me as a sex toy and he called me a s*** but I did everything because I loved him. I am trying my best to forget him now.

Appu I love you but I hate you at the same time. Please don't make a mistake of trusting someone too much and I know these cheaters will get what they deserve and they will bear the pain of hurting others .