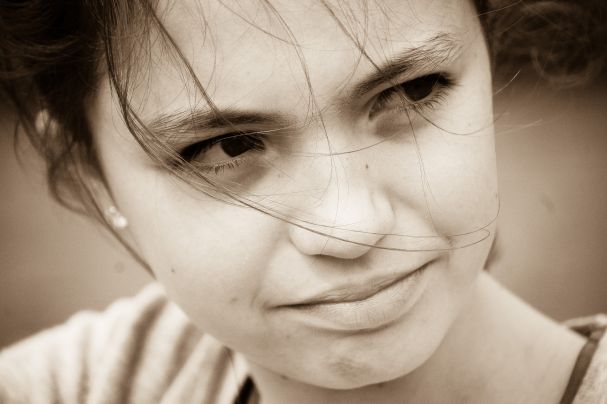 “The court is adjourned!” stated a solemn voice in the courtroom. And finally I got my divorce. Or should I say I got back my freedom from a cheat who ruined my life and made it hell.

It was behind the curtains of marriage that he unveiled the several layers of his inhuman sexual desires, yet he never seemed to be satisfied with me. It all started on the 17th of December 2004. A family had come to ‘see me’ because they wanted to get their son married. I had just completed my graduation and wanted to study further.

But because I belonged to a middle class family, my parents thought it would be better to fix my marriage asap. They were worried because they had to get one more daughter married after me. The boy was not bad, and had general looks. But he had a stable job with quite a good salary.

No one ever thought of asking me for my opinion. Everything was fixed and I was informed about the schedule.

I married him on 23rd of February 2005 and started the new phase of my life. Right from the beginning things looked weird to me but I took it as a part of life! Excessive romance felt good initially but soon I realized that Raj(my husband) was addicted to his sexual desires. He would do abnormal and unnatural things with me. I didn’t want to ruin things so I supported him but one day he crossed the limit and I slapped him. A week passed by in silence.

After that nothing ever happened between us. He was not talking to me and neither was I. He started coming home late and sometimes went to bed without having dinner. Our life was filled with formalities now. I packed his lunch, served him food, washed his clothes and that was it.

After about three months, he had to go out of town for some job related work. No calls or messages were exchanged between us. Life was the same after he returned from his trip. He was a little busier on the phone now.

I wanted to ask him about it but somehow just couldn’t bring myself to do so. One night he was talking with someone about his next job tour. I checked his phone when he was having his bath and life became hell for me after that.

He was talking to someone called ‘Darling!’ His gallery was locked. But his previous day’s whatsapp chat proved that he was cheating on me. It was full of sexual chats with some information about his previous tour. It had actually been their honeymoon!

I just copied the number and placed his phone the way it was. I did a little investigation and came to know that he was having an affair with his office colleague! I was shaking and was unable to control myself. I did not understand anything and did not know what to do. That day night I asked him about it.

He refused to acknowledge the truth and said he did not know what I was talking about. I asked him about the chats. He said, “Mind your own business!” and went outside. I cried the whole night.

Finally I decided to sort things out on my own. He went on another tour. This time I had already made all the investigations in his office. He had taken leave due to his 'wife’s illness'. Great! I sued him in court. And got my divorce today! Today I am an independent working woman and I am proud of myself.

Standing up for what is right for us causes us a lot of pain but I think it's the right and the best thing to do.

Share this story if you feel it takes a lot of gumption to opt out of a disastrous relationship.