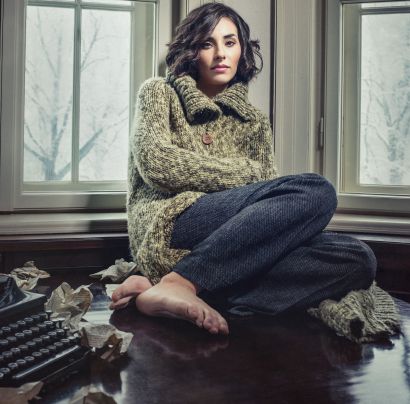 I decided to move in with the guy I had been dating for quite a while now.

We found a perfect house for ourselves. It was a 2BHK apartment in a beautiful locality with French windows and a big balcony. I couldn’t have asked for more. Slowly I started putting my heart in furnishing the house that we now lived in. I bought some curtains for the French windows and ensured that they co-ordinated with the colour of our furniture. I also bought plants for the balcony.

I fell in love with this house but I was head over heels in love with my partner too. I somehow assumed that we would always remain together as a couple.

We spent one year in this beautiful den of ours. Then I found out I was pregnant. I was trembling with fear. I wondered how my family would react if they came to know about it because we were not married.

I then told him about it and he asked me to take one more test. I did what he suggested and the report was positive again. He asked me what I wanted to do. He said he would do whatever I wanted him to do.

So I decided not to have the baby. When I told him about my decision he agreed to it but what he did next made me feel awful about myself. He hugged our baby, kissed it and stood in front of me for a while.

I knew it was his way of apologizing to the baby for the decision I had taken. That was the moment when I realized how deeply I loved him. I felt awful about myself for doing this to the baby and him. Yet, I did not ask him what he wanted me to do.

We went to the clinic the next day and discussed our situation with the doctor. We then proceeded with getting the scans and tests done. I came to know that there were sacs in my uterus. There were no heartbeats in the sacs. This meant that the heart of the foetus had not yet developed. The doctors said that this pregnancy could be terminated through medicines itself. When I came out with the reports he asked me to show him the baby in the ultrasound reports.

He was so excited to see the baby. When I saw his excitement I started getting depressed.

But I could also hear his phone beeping continuously. I looked at his phone. It was his ex-girlfriend. She was sending him pictures of her new haircut.

I felt more confident about my decision and knew I was doing the right thing.

I started developing doubts about him and I was right about them too. He gave me his phone because he was driving and asked me to navigate the route for him. A series of messages pinged over WhatsApp on his phone. I scrolled down the screen and noticed that his ex-girlfriend was sending him pictures of her new dress. I texted her saying that she shouldn’t be sending all these pictures to him. I told her that she should be sending it to the guy that she was married to.

Her reply made me cry.

She said he was asking for her pictures and that is why she was sending them to him. When I confronted him about it he blamed me saying that I did not trust him. I thought that perhaps he was right. Maybe I was really at fault here. I understood the meaning of ‘Love is blind’ now.

I knew he talked to all his exes. He always said they were all his close friends now. I started doubting his intentions now. I started reading his messages and chats and went through his call log and emails. I came across all the voicemails and texts that he had saved in his Gmail outbox. I knew they were all old and had nothing to do with our present.

But I also realized that he had a lot of love and affection for two of them. I knew I had never got anything like that from him in all these years.

I now started searching for love in his eyes and his voice. I couldn’t find it anywhere. I knew he took good care of me but I also knew that he would never love me the way he loved them. We had never indulged in any kind of lovey-dovey talk in all these years.

Whenever I asked him what he liked about me he would start his sentence with what he didn’t like about me. He never had anything good to say about me to me.

I realized that I was way too much in love with him to see that he did not love me.

I thought that perhaps time would slowly change everything.

Then one day we had a visitor. She was an old friend of his and a dear one at that. We partied, cooked food together and got drunk. We joked about each other. Everything was fine till I got tired and went to sleep. At 4 in the morning, I heard something. I got up to check if something was amiss.

The scene that I saw will fill me with horror all through my life. They were inside each other’s mouths. I simply couldn’t bear to see it.

I asked the girl to call her boyfriend and leave immediately. I wanted to talk to both of them before doing anything. But as soon as I started the conversation he said, “Who are you to question my actions?”

I felt a chill run through my spine when I heard him tell that to me. I silently went to my cupboard and pulled out my abortion reports and showed him who I was to him.

But I knew that his questions had broken me from inside. He was pretty angry about the whole thing because I had caught him in the act.

She kept telling him that if I had undergone an abortion he should stay with me. I knew what she meant by that. She had not known about my abortion earlier so she was under the impression that she still stood a chance of being with him.

As usual, he blamed me for his act again saying I made him do this. He said that I annoyed him every day with all my questions.

We had been happy together but now all we were doing was fighting with each other.

I am not trying to understand him either. She did leave the house but also left a big scar in my life. It is really very easy for someone to shamelessly ruin everything in someone else’s life. I know that things will not be the same again now.

Sometimes only a shock knocks some sense into us. Let’s learn to listen to our intuition. Often it gives us crucial cues about what the future holds for us. Let’s learn to take frequent reality checks in our lives. Let’s learn to confront the reality and make the necessary changes in our lives when the going is good. Let’s share this story because we can save ourselves a whole lot of heartache if we know where exactly we stand in our relationships.