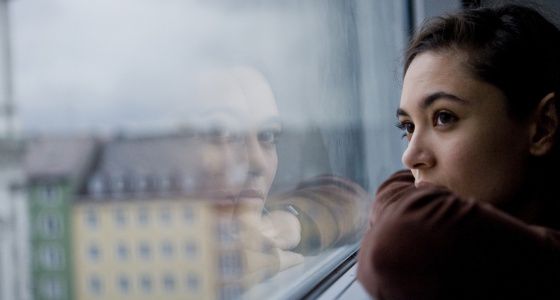 Love, to be more precise romantic love is the most overrated emotion. Right from our childhood, us girls grow up dreaming about the prince charming who would kiss and make everything okay. I did find one, at least that was what I thought.

We met at the hormonal high age of 18 in our college, dated each other for 7 years and married at the young age of 25. Our marriage is a story in itself. My in-laws wanted a dowry bringing bride which I wasn't and they did everything to ensure that our relationship would die. Somehow, it never happened then.

Doctors, I feel suffer their entire lives. When those in other colleges are busy enjoying life, we bury ourselves in books. When we finally start earning and can enjoy a little, we are pressurized by our families to bear kids and become money minting machines.

So at the age of 28, we had our kid but medical studies are far more complex and don't end there. So my husband wanted to pursue the super specialization, I bowed and supported him. Meanwhile, being an obedient son, he decided to move into the joint family set up and for a long time I struggled to adjust and bore with their verbal torture for years so that he could live in peace.

By the time, he finished his studies our son was 2.5 years old. And then came the pressure from the family to start minting money, so he buried himself once again. This time not in books but in work. "A few years more darling," he convinced me.

We were 32 by then. He started working in a famous corporate hospital in New Delhi. He was enjoying his work there, had a good circle of friends and to earn more, he used to do freelancing and go to small clinics during the evenings. His day would start at 8 in the morning and he would never be back before 11 pm.

For a year, I used to wait for him to come home but later I got bugged and started sleeping early so we hardly had any time together.

During that time, my husband had an extramarital affair. He told that girl that things were sour with me. That young girl fell for him and they used to go for night outs in the name of conferences. All the while, I kept thinking he is busy.

But soon that girl asked for her status in his life and my husband developed cold feet. He had just done it for fun. He refused to part ways with me and she left. But before leaving she left a message for me which I didn't read for years.

One and a half years later, I caught him chatting on whatsApp with some girl. This was a different girl and this sexting had been on for one and a half month.

He amended, left that place, went and settled in a new environment. He started giving us time but in his fear that I would leave him, he deliberately forgot to tell what had happened years ago. 4 years later, I found that message hidden in my inbox and all truth came out.

We are still together because he left everything and changed himself.

One thing I was not aware of is that extramarital affairs are a status symbol among big doctors and they flaunt those girls as their arm candies. Poor wife, she thinks her husband is busy working.