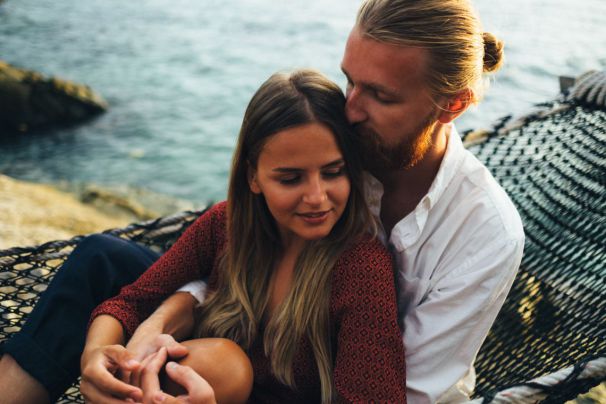 Well, I was in my teens when I was abused by one of my relatives. This incident left a bad impact on me regarding boys ever since. I felt his touch and it felt like hell. I still remember his hands coming on me every time I try to wash myself using my hands whenever I take a bath. I cannot even stand properly besides a boy.

I feel so nervous to stand next to them because I feel that they will try to touch me so I'm always embarrassed to stay with boys in my friends group.

I cannot accept a man who says that he loves me but once a man proposed to me, I was still a teenager then and he was begging me to become his partner. I also liked him but couldn't say yes to be his partner because I had the fear of touch. Days were passing and he kept talking to me and slowly I decided to be his partner but still, I had a fear of men. Whenever he called me, he used to say that he would wait for me to grow up and get a job and stuff. So I wanted to test him before saying yes to him. Then I stopped talking to him for days and months.

About 6 months passed and one day I prepared myself to tell him that I would be his partner. I had dreamt about my future with him and all so I texted him with happiness. I didn't say "I love you" first, I just said hello. A reply came from him left me full of tears. He had married someone else! I cried for many days and accepted my fate. I realized that I made a mistake. After some days, a message came from him that he was not happy with his wife and wanted to come back to me.

He told me that some fights and stuff happened between them. But I didn't want him to come back for me because he was not mine anymore so I tried to explain this to him but later I got to know that he was not texting me, it was his wife. She wanted to know about his past and she told me about him. It seems that he has many girlfriends. I felt sorry for her and I thanked God for helping me and saving me from him. I was innocent and full of fear at that time and now my faith in men has fully been destroyed.

I'm 21 now and I think no one can bring back that trust again, the fear of touch is increasing day by day.

Share this story so that the author is met with compassion.

LIFE IN THE TIMES OF CORONA
LIFE IS TOUGH
POEM
BAKKAR. CHAI. SUTTA
LET'S FACE IT
The Golden Bird