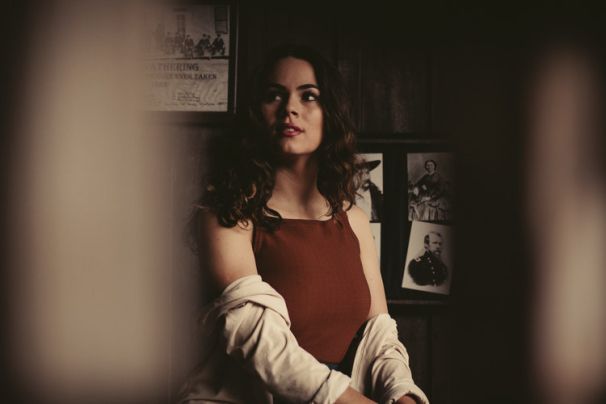 We had just moved into our new rented apartment. My wife, Swetha and I were busy cleaning the house. By the time we had arranged the furniture around the around we knew we needed a break. Swetha went out because she wanted to introduce herself to our neighbours. Our floor had 4 flats. There were two flats on each side with a lift separating them. A lady in her late 20s lived in the flat opposite ours. I could not see her clearly because Swetha was blocking my view. When she came back after 15 minutes, she told me that our new neighbour was a working woman. Both of them had become quite friendly with each other within 15 minutes.

I was happy to see that Swetha was adjusting so well to our new surroundings.

Soon we settled into a routine. I would go to my office and return home a little late because of my work. Swetha would give me an update about her daily routine in her workplace and would tell me about all the chats that she had with our new neighbour. Five days later, she had a complaint. She said that she had invited our new neighbour Shilpa to our house.

She had obliged willingly but had left our house suddenly without speaking a word. Swetha was a little upset that night.

That weekend, I met Nithin, our neighbour in the lift while going out. We formally introduced ourselves and he invited us to his house for lunch that day. I accepted the invitation, called Swetha and told her about it. I returned home at around 11 a.m. after which Swetha and I went to their place for lunch. Since we were all meeting for the first time, I bought some sweets for them.

I was shocked to see Shilpa when Nithin introduced me to her.

I said, “Hello!” We had our lunch, spoke for some time and came back to our apartment.

I remembered meeting Shilpa when we were matching the horoscopes of all the proposals that came our way 2 years back. We had spoken to each other for about a month. We had even flirted with each other for some time. We had discussed several of our post-wedding plans during this phase.

Unfortunately, things had not worked out for some reason or the other. She had shared her feelings with me at that time. But I knew that she had been pretty upset about the whole thing. She had thrown all the gifts that I had given her during that period.

Now I understood why she had left our apartment so abruptly the other day. I decided to talk to her. I wanted to clarify things to her now and apologize for everything that had happened in the past.

That evening I saw Nithin going out. I thought this was the right time to talk to her. I told my wife that I was going to chat with Nithin and went to their apartment. Shilpa opened the door and was surprised to see me. She looked a bit angry to see me there and asked me if I needed anything. I told her that I wanted to talk to her. She said that this was not the right time to talk to her because Nithin was not at home. She said he would be back late in the night. She asked me to come again the next day if I wanted to meet Nithin.

I told her that I had seen Nithin going out and that is why I had come to talk to her. She did not say anything. She just went and sat down on the sofa. I followed her.

I apologized for everything that had happened in the past, asked her to be friends with my wife and left. She did not say a word.

Our families became quite close after a while. I had a feeling that Shilpa had moved on from the past experience that we had shared together.

But she maintained her distance with me.

I knew she was happy with Nithin and that he took good care of her. One day, Nithin came to my apartment in the morning and told us to pack our bags quickly. He said he had planned a road trip for two days after which we would spend the night at a resort.

Swetha was excited when Nithin came up with this plan because she was getting bored in our new place. So I agreed to their plan. We packed our stuff and got ready within an hour. We started driving towards our destination which was around 500 km away.

Little did I know that this twist of fate would bring us both together again.

Read the second part of this story here: We Did Each Other Quietly In The Back Seat Of The Car Till We Came Again And Again

Do share this story if you too believe that a marriage should be nurtured with complete transparency. Those tiny seemingly harmless white lies that we utter oh so casually have the potential of ruining a love-filled marriage forever. Let's learn to be honest at all times with our partners. We owe this to our soul mates. It is better to hurt them with our honesty than to betray them with our lies.